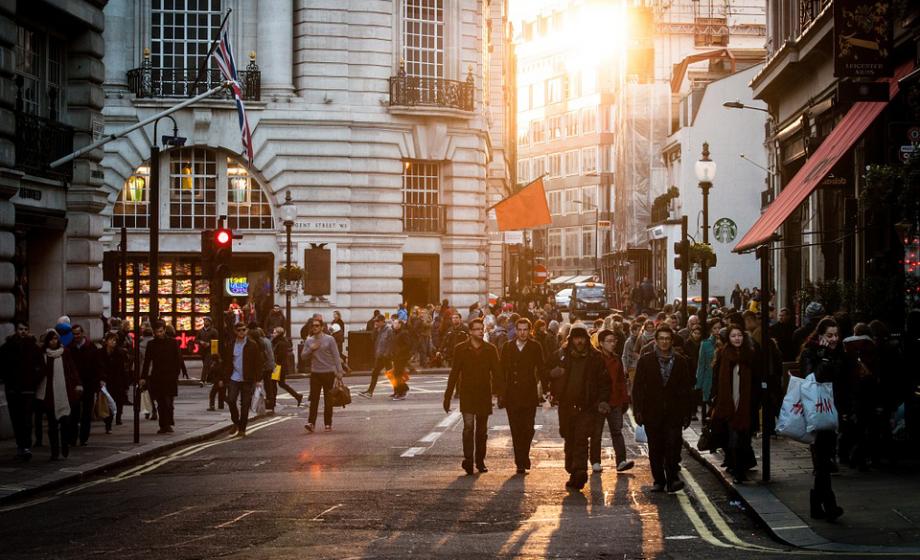 “What is it about humans?”

The question rings true of just about anything people do, but it has special resonance when considered in the context of our planet’s fate.

The March 23 Clark University Climate Change Teach-in panel “What is it about humans?” featured Hugh Manon, associate professor of screen studies, Stephen Levin, associate professor of English, and Usha Ilyer, assistant professor of screen studies, who discussed the topic from humanist and anti-humanist perspectives. The panelists examined the underpinnings of consumerism, used poems to encourage audience members to entertain different perspectives, and offered examples of how gender is very much a part of the worldwide conversation about climate change.

Much of the focus was on why we do the things we do and the need for us to adjust our thinking.

Manon talked about how whether people want a new home, or a new car, or the latest iPhone or vacation. “When they get that thing that they think they want to own, they suddenly realize that satisfaction is not satisfying,” he said.

“Drive is intertwined with desire; it pushes us back into the loop thus making the object that seemed desirable undesirable,” Manon said.

He suggested the impossible solution to the problem of consumerism lies in “extricating individual human beings from a happiness loop that they bought into at the very core of their being.”

Levin shared passages from “The Lives of Animals,” a novella about animal rights by South African novelist J. M. Coetzee. In it, the character Elizabeth Costello relates stories about a confined ape and attempts to interpret the animal’s thoughts and rationalizations when his captor conducts behavioral experiments on him.

Levin also shared three poems about caged animals: “The Panther” by Rainer Maria Wilke, and “The Jaguar” and “Second Glance at a Jaguar” by Ted Hughes. The poems about containment and freedom were not so much written “about the animal” but “about the engagement with the animal,” Levin suggested — examples of “how poetry might pull us out of this anthropomorphic way of thinking.”

Ilyer talked about gender and climate change, and said the assumption is that “climate change will disproportionately affect women working in rural environments in the Third World.” She cited the UN’s Women Watch report, which specified climate change’s direct impact on the types of labor these women are involved in — securing water for the family, food production and preparation, collecting firewood for cooking, collecting biomass for fuel and saving money for food.

“Women who have to do this kind of work in these parts of the world are disproportionally affected by ecological disasters because they’re responsible for child care and the care of food,” she said. “It’s interesting to think about questions of agency and gender from other perspectives which are not a development perspective.”

Ilyer said the climate change conversation often shifts to issues like population control in the global South — in Asia and Africa, for instance — which “draws attention away from the excesses of consumerism in the North,” she said.

“Only certain uteruses in the world are considered ‘controllable’ or are part of this discussion, and therein lies the politics of development and of aid,” Ilyer said. “Climate change has now very much become central to those discourses because what happens in the Third World doesn’t remain in the Third World anymore. It’s going to affect everyone else.”

Things are looking up ... and up ... for Brett Iarrobino’s playwriting career