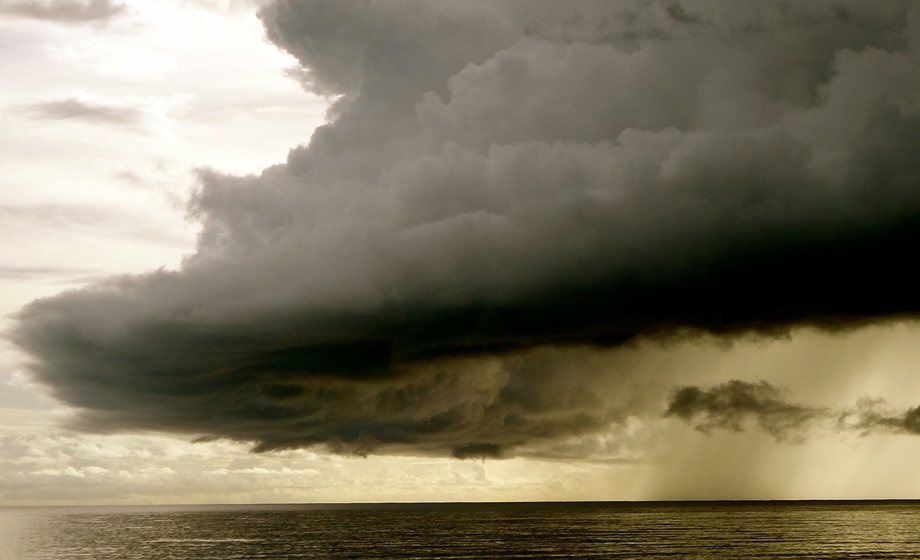 In his 2006 film “Children of Men,” director Alfonso Cuarón lays out a bleak vision of the future: nearly two decades of human infertility have left society angry, violent and hopeless.

But tucked into the “extras” on the DVD of the movie is a documentary that may be even more bleak than the movie itself because it provides a non-fiction look at how climate change could lead to worldwide chaos.

Called “The Possibility of Hope,” the documentary provided a riveting backdrop for discussion in “What’s Coming: Speculative Fiction and Climate Change,” one of the many compelling events held on Clark’s annual Climate Change Teach-in March 23.

Hosted by Walter Wright, professor of Philosophy, Betsy Huang, associate professor of English, and Stephanie Larrieux, assistant professor in Visual and Performing Arts, the session posited the question: In the face of massive changes to our planet, is there any hope that things will improve, or do we face a future where water, food and shelter are no longer basic human rights?

And, more to the point, what can speculative fiction (Cuarón’s movie was based on the novel of the same name by author P.D. James) tell us about a possible path forward for humanity?

“[Speculative fiction] gives me hope,” said Larrieux. “The fact that you can imagine a [different] future means you can envision a variety of futures.

Huang, meanwhile, wondered if people could become overwhelmed by the possibilities laid out in these types of stories.

“The way [speculative fiction] compels us to think about what might happen could mobilize us, but it could also paralyze us,” she said. “When you see so many things coming at you, how do you survive?”

Attendees also shared their thoughts, which touched on such things as politics, humanity, migration, mobilization, tribalism, walls and borders.

In the end, Wright summed up the conversation in this way: “These books envisage futures and play out alternatives so we can reflect on that and act. They give us a chance to begin to live now the way we want to live in the future.”