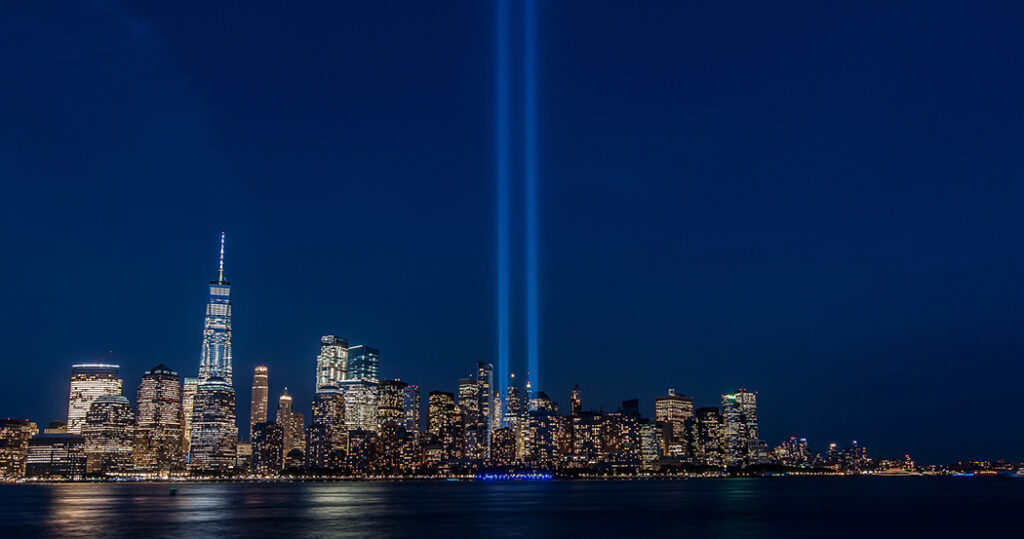 Neil Lucente ’97 was on an elevator on the 81st floor of the World Trade Center when the plane hit his building.

Rich Fields ’03 was the president of Clark Student Council, struggling to find the words to ease the fear and sadness of his classmates.

Faith Duggan ’23 was only fourth months old, yet as a native New Yorker, she feels a special kind of grief about the harm done to her city.

For a certain generation, the assassination of John F. Kennedy is a touchstone. People remember where they were when they heard the news, who they were with, and the overwhelming weight of emptiness, shock, and disequilibrium. The September 11 attack on the World Trade Center is the contemporary equivalent — 20 years later, the trauma remains vivid, the impacts still reverberate. Today, on this special anniversary, we share the personal testimonies of Clarkies who remain connected to the events of 9/11, in life and memory.