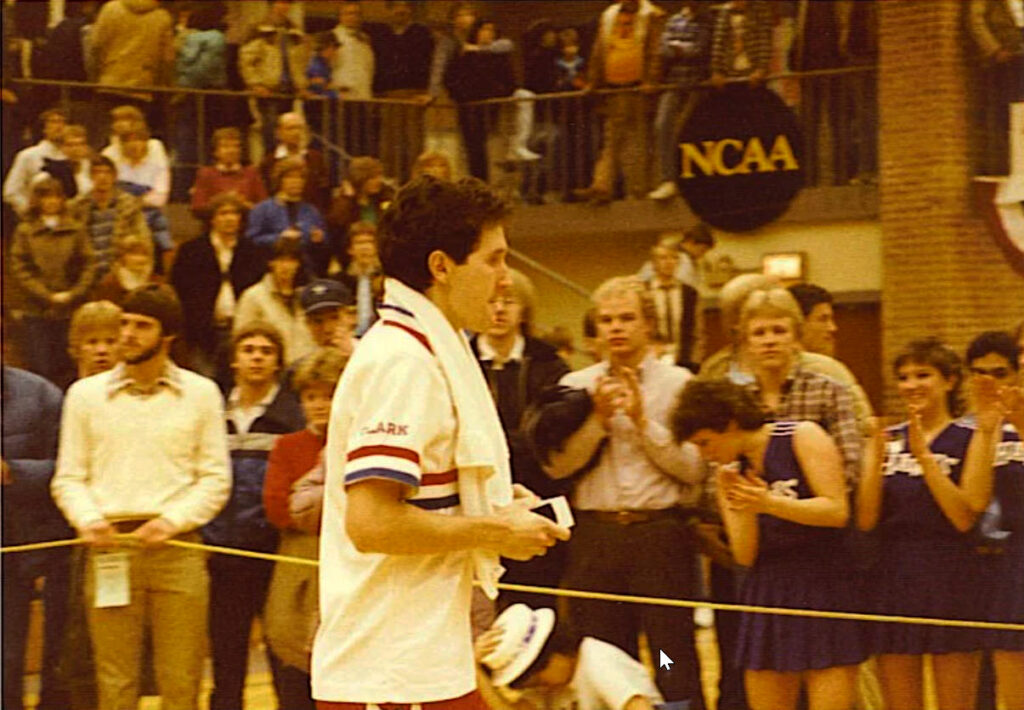 “I loved the way he played the game,” Halas says. “He was bold, he was skilled, and he challenged everybody. If Dan could have played 10 hours a day, he would have.”

Halas was far from alone in his assessment. In 2011, on the 10th anniversary of the Sept. 11 attacks, Clark Athletics published a tribute to Trant, one of the greatest players in Clark history, who was killed  while working as a trader at Cantor Fitzgerald on the 104th floor of the North Tower. The tribute includes comments from sportswriters who covered Trant, and quotes from opposing coaches who were left both frustrated and dazzled by his performance on the court.

“Dan Trant is without a doubt the most outstanding guard we have faced all season in any division,” marveled Yale coach Tom Brennan after Trant led Clark to a near upset of the powerful Bulldogs in 1983. Later that season, Nazareth College coach Bill Nelson reacted to his team being torched by Trant. “I don’t want to hear anymore about [Trant]. I’ve heard enough already.”

Halas, who coached Clark men’s basketball from 1975 to 1987, valued Trant as a leader on the court “who excelled when the challenges got greater. He never backed down and always felt he could outplay his opponent.” Trant’s transcendent ability to weave through a defense and either find the open man or drill a timely shot, combined with a fearlessness of spirit, helped inspire his teams to a host of victories in the early 1980s.

In 1984, the year he graduated from Clark, Trant was drafted by the Boston Celtics, a thrill for the Westfield, Massachusetts, native. It mattered little to him that he was chosen last, at 228, in a draft that would produce four future Hall of Famers, including Michael Jordan. He was a local kid being given an improbably long shot. At Celtics tryouts, the 6-foot-2, 165 lb. guard scrapped against bigger, stronger players, with the same tenacity he’d displayed at Clark.

“I was there for all the tryout days, and Dan acquitted himself very well,” Halas says. “Size-wise he was small for the NBA, but he could score with them.”

Trant didn’t make the Celtics roster, but he played professional basketball for two years in Ireland, where he became a folk hero for his showmanship on the court. This article in The Irish Times captures the love of the crowds for this Irish-American ballplayer who brought welcome flash to the game.

“He was personable, cocky, funny, and bright, and people responded to him,” Halas says. “There was a boldness to the way Dan approached his life, which made him a great teammate, a great husband to his wife Kathy, and a great father to his kids.”

And when Dan Trant was truly on his game, Halas says, doing things with a basketball that brought the Kneller Center crowds to their feet, you knew you were watching something special.

“The way he played, you would have thought he was 10 feet tall.”