‘When the historians write the story of this century, you’ll give them something to write about’

Clark University students were urged to ask the hard questions, drive change, and even occasionally stir some trouble, during the 117th Commencement ceremony at Granger Field on Sunday, June 13. The University awarded 490 bachelor’s degrees and conferred three honorary degrees.

Ross Gilman ’81, chair of the University Board of Trustees, welcomed attendees and introduced President David Fithian. He noted that this weekend’s events marked the president’s first Clark Commencement ceremony since Fithian himself graduated from the University in 1987.

In his remarks, Fithian praised the persistence shown by this year’s graduating class in transcending the many disruptions posed by the COVID-19 pandemic.

“When you began your Clark journey, you could not have imagined what your junior and senior years would entail. Your grace, resilience, and adaptability throughout has been remarkable,” Fithian told the Class of 2021. “While I certainly would never have wished this experience on you, I do believe you may nevertheless extract from it a strength of spirit and resolve that is remarkable, and that may reinforce your own sense of what you are capable of overcoming.”

President Fithian told the students that while the past year has been marked by COVID isolation, “you have never been out mind for me. Everything I have done this year has been influenced by students, especially our seniors, who know the Clark of the past few years better than I.

“I know we have not agreed on every issue, but that doesn’t mean your views, your voice, your vision for a better Clark is unimportant to me. Quite the contrary — and I hope you will come to be proud of your alma mater for what we do in the years ahead.”

President Fithian said the Clark degrees that the graduating seniors earn represent more than the culmination of formal study. They are also a “gateway to a life of learning.”

“Every opportunity to question — whatever the motivation: curiosity, confusion, uncertainty, defiance — is an opportunity to hear something you may not have heard before,” he said.

“At the end of each day, ask yourself, in the quiet of your own counsel, what did I learn today? And then do it again tomorrow and the next day.”

James McGovern, United States Representative for the Massachusetts 2nd Congressional District, delivered the Commencement address and urged graduates to speak up for what they believe in, even when it’s hard to do so. McGovern recalled the accomplishment of his friend, the late Congressman John Lewis, to lead  600 peaceful protesters on a 50-mile march from Selma to Montgomery in 1965 to bring attention to Alabama’s discriminatory voting policies. Despite being beaten and barely escaping with his life, Lewis marched again a few weeks later. Subsequent demonstrations captured the awareness of the nation, and just four months later, Congress passed the Voting Rights Act.

McGovern stressed that issues like climate change, gun violence, racial injustice, and inequality will never improve unless like-minded people come together to demand change. He urged the Class of 2021 to become the “biggest class of troublemakers that Clark University has ever graduated” in service to a better nation and world.

“When the historians pick up their pens to write the story of this century, I know you’ll give them something to write about. That you’ll challenge convention. That you’ll change our world.” 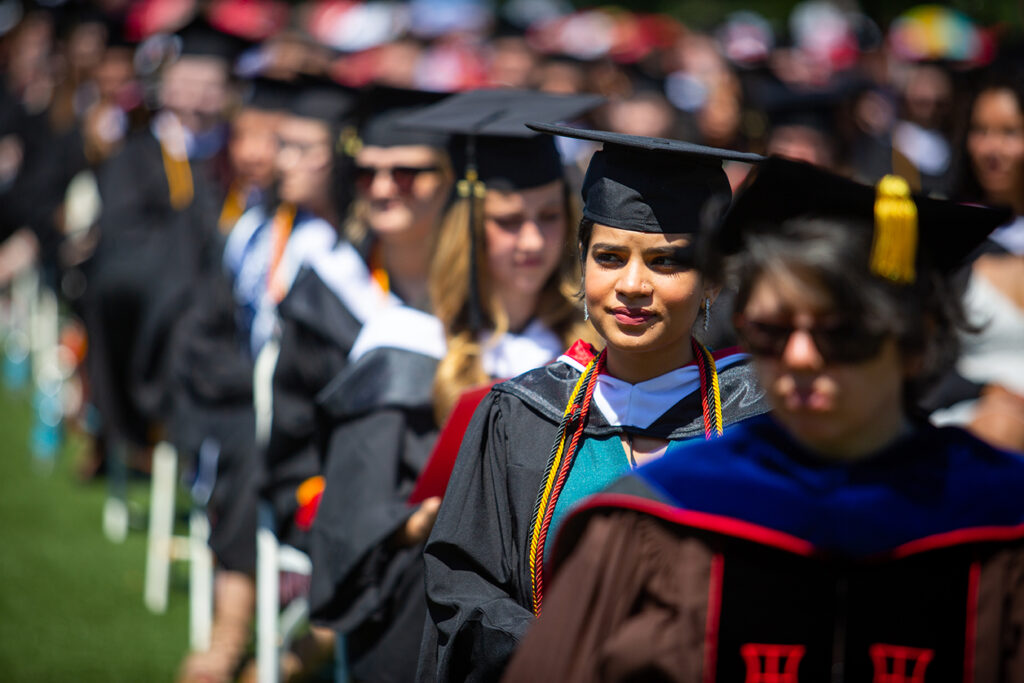 Honorary Doctor of Humane Letters degrees were conferred on McGovern; Libérat Mfumukeko, MBA ’94, former secretary-general of the East African Community; and Naomi Oreskes, the Henry Charles Lea Professor of the History of Science and affiliated professor of Earth and Planetary Sciences at Harvard University.

In her acceptance remarks, Oreskes urged the graduates to be less concerned with what they’ve done in the past four years and to focus on what comes next.

“Your education has prepared you to go out into the world, to build your lives and the communities in which you will be a part. But don’t let your education limit you,” she said.  “Don’t worry about whether you were a history major or studied biology or missed out by being a pre-med. Your education is a foundation, and with any foundation you can build many different kinds of houses.” 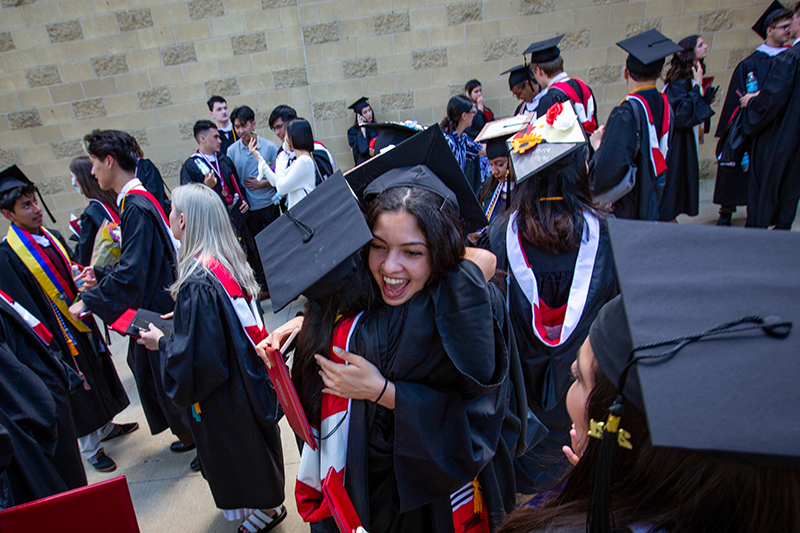 In a prerecorded message, Mfumukeko recalled that “Clark helped me become a citizen of the world, come out of prejudice, and accept that we can only make this world better if we are together. Ladies and gentlemen, the world is facing so many challenges — challenges of intolerance, egocentrism, war, pandemics, to name a few — and we need to be part of the solution.”

In his concluding remarks to the graduates, President Fithian reminded them that they have joined a proud lineage of Clark alumni who have used their education to lead lives of purpose and pursue a better world.

“Take pride in who you are and what you are capable of,” he said. “You have unlimited potential to do good, be compassionate, and shape those around you. I hope that you will remain engaged with us, and we look forward to seeing all that you can and will do.”