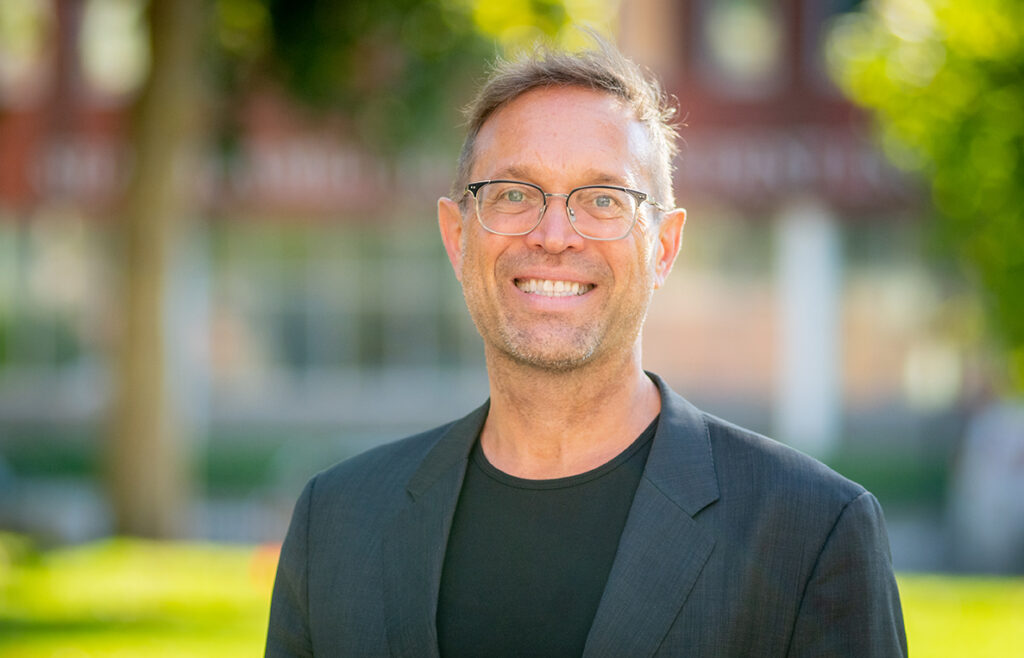 Everybody has a Bob Tobin story …

About his welcome-to-Clark dinners that in a single evening would turn newly arrived faculty into dear friends.

About the intellectual rapacity that sent him into deep and forgotten corners of German and queer history, from which he emerged with fresh perspectives and profound truths.

About his abiding commitment to, and pride in, his students.

About his love for the mad brilliance of the Eurovision music festival.

About his pink suit.

“He was thirsty and hungry at every level,” recalls Steve DiRado, a longtime friend and professor of photography. “Thirsty and hungry for intellect, for culture, for human community, to be the best scholar and academic he could be.”

He pauses and smiles. “But the guy also knew how to party.”

The death last week of Robert Deam Tobin, the Henry J. Leir Chair in Language, Literature, and Culture and chair of the faculty, elicited an outpouring of tributes to the man who, over his 14 years at Clark, had become a cornerstone of the languages department and a much loved and respected colleague across disciplines. His inclusive nature and signature style could lift spirits and bring down the house.

DiRado, who photographed Tobin many times, including in the week before he died, called Tobin “one of the great luminaries on campus; a personable human being down to the bone. Bob spoke to individuals, even though he was of the masses.”

Tobin loved Clark, but was also eager to extend himself beyond campus, DiRado noted. He partnered with collaborators from Holy Cross and WPI to produce the well-received 2019 exhibit “LGBTQ+ Worcester — For the Record” at the Worcester Historical Museum. The exhibition, which documented and celebrated the history of the LGBTQ+ community in Worcester County, earned him the key to the city.

Tobin also worked with students in several of his comparative literature courses on gay and lesbian history to research and mount a satellite exhibit, “Queering Clark,” which highlighted Clark’s LGBTQ+ heritage from the 1970s to the present. The exhibit included a return visit to campus from William Koelsch, professor emeritus of geography, who spoke movingly of what it was like to be among the “silent generation” of gay men in the 1950s and 1960s.

A fund has been established in Professor Tobin’s name to provide scholarships and to defray the costs of student academic-related travel. You can make a gift online, or by sending a check to Clark University, University Advancement, 950 Main St., Worcester, MA 01610. On the memo line of your check, please note “in memory of Robert D. Tobin.” 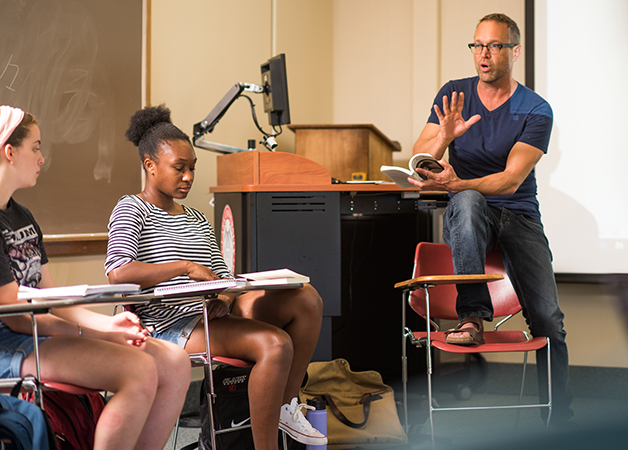 Professors Alice Valentine and María Acosta Cruz recall their colleague from the Department of Language, Literature, and Culture as an intellectual leader who was generous with his expertise, advice, and friendship.

“He brought the national stage to Clark through his invited speakers, and oh, how he loved schmoozing at the annual [Modern Languages Association] convention, where he knew everybody,” Acosta Cruz says. “Such joie de vivre! Did you want to know the best restaurant in town? Well, Bob would take you there and he knew which was the best table in the house. I am grateful for every morsel we shared throughout his years in Worcester, a city to which he was devoted. I cannot tell you what a void he leaves in my heart.”

“He was our center, really,” notes Valentine. “The department’s signature course, The National Imagination, was his to shape and envision, and all the full-time members of our department have taught the course with him. I sat with him just a week or so before he died to plan out the course for spring — Bob’s optimism is legendary, and though somewhat tempered by his lousy diagnosis, he was still planning and imagining and hoping.

“As you can imagine, his students and advisees are also shocked and bereft. They’ve written to me of his inspirational mentorship, his thought-provoking courses, his kindness. He was such a proselytizer for Clark’s possibilities. We all thought we’d have a little more time with him.”

Tobin’s fascination with Sigmund Freud motivated him to co-chair the 2009 celebration recognizing the 100th anniversary of the famed psychologist’s historic lectures at Clark. Throughout his Clark career, he routinely brought visiting scholars to the center of campus for photo opps in front of the brooding Freud statue.

One of his most memorable recruits to campus was the renowned poet Richard Blanco, who had read his original work at Barack Obama’s second inauguration. The event drew such an overwhelming response that the venue needed to be changed on the spot, when Razzo Hall proved too small to accommodate the audience. The crowd of some 400 people then migrated in an orderly fashion across campus to Jefferson 320, in what Blanco warmly described as the first-ever “poetry stampede.”

Tobin wrote eloquently about the international music contest, Eurovision, and each spring he was sought out by media outlets to explain the political and historical context surrounding the pop-culture phenomenon. 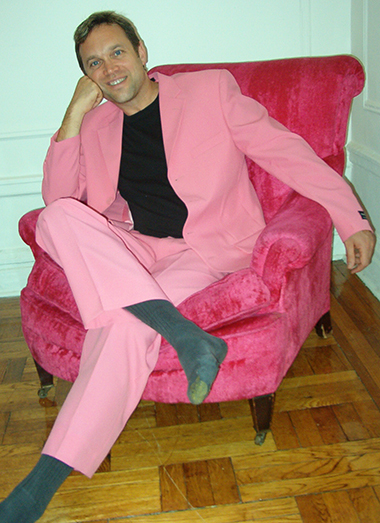 The bright pink suit Tobin wore on occasion exemplified his sense of fun and provided a sartorial reminder about the perils of taking oneself too seriously. He routinely opened his home and office to anyone who sought spirited conversation on a vast array of subjects.

“Robert Tobin had a profound influence on my academic career and shaped much of who I am today,” former student Bebhinne Meiches Hall said in a Facebook post. “I will never forget seminar in his living room with homemade blueberry cobbler, his pink suit on the first day, and the ‘South Park’ episodes he would send as relevant to my thesis.”

Lizzie Lloyd ’19 described Tobin as “the reason for every single one of the dreams and passions I have chased over the past eight years, the defining feature of my time at Clark, the root of the confidence of my expression, and the only other person I knew on this earth who I could properly cherish and fan girl over Goethe and Ludwig der Zweite with.”

Tobin was one of the first people Toby Sisson, professor of studio art, met outside of her department when she arrived at Clark in 2009. Not long after she came to Worcester, he helped make it possible for her to secure a unit in his apartment building. On cold winter evenings, Tobin would invite her to visit and watch “Mad Men” on television with him.

“I still can’t say I’ve ever really seen ‘Mad Men,’ because we would sit on his couch, drink wine, and have conversations that stretched late into the evening,” Sisson remembers.

Tobin, she says, was a master at dinner party planning, and would invite people he thought should get to know each other. “I met a lot of other Clark people and people from other Worcester institutions because of his dinner parties, [where] you were always assured you would get two things: the most fabulous dinner and the most exciting company. It was more than dinner; it was an event.

“I love all of my colleagues,” she says, “but Bob was singular.”

Subscribers to the Worcester Telegram & Gazette can also read this tribute to Professor Tobin.