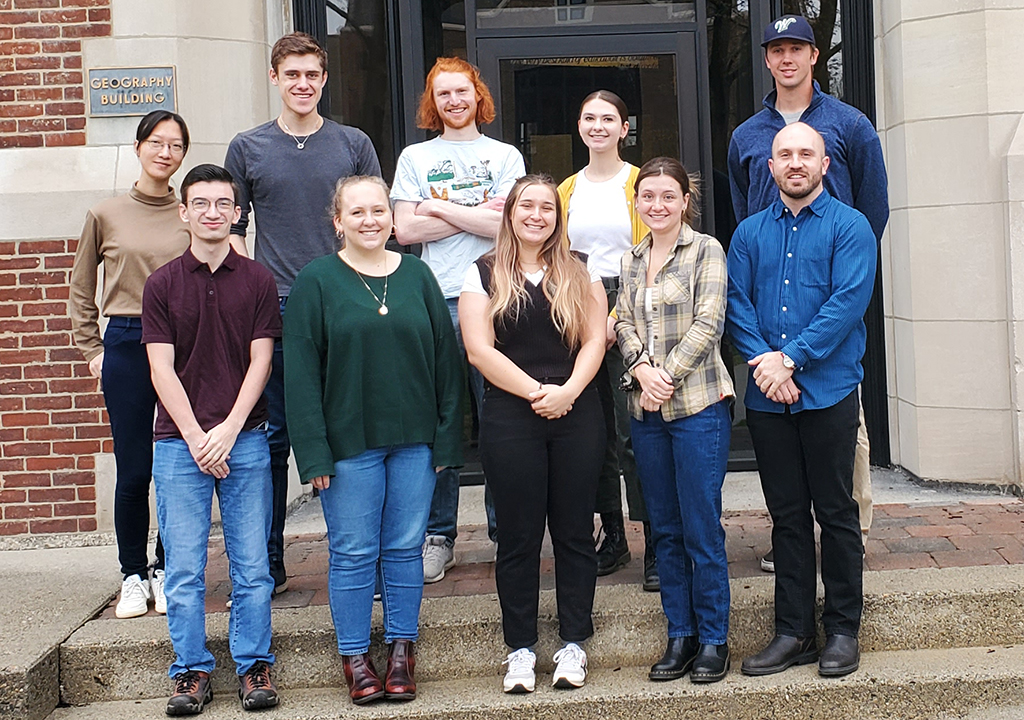 Clark University’s 10-year partnership with the Wildlife Conservation Society continued this spring, as 10 Clark students in the Wildlife Conservation seminar collaborated with WSC staff to craft a climate risk-conflict-migration analysis for Mesoamerica and South Sudan. The seminar, taught by John Rogan, professor of geography, represented a mix of undergraduate, master’s, and doctoral students in geography, geographic information science, and environmental science and policy.

Dr. David Wilkie, director of conservation measures for the Wildlife Conservation Society, lauded the Clark student team, whom he refers to as Clark Consulting, for their thoughtful collaboration.

“Clark Consulting did it again,” Wilkie said. “We asked an impossible question: assess the risk of population displacement into conservation areas as a result of environmental and socio-political shocks. The Wildlife Conservation Society had no idea how to answer this, nor any idea that there was indeed an answer. But Clark Consulting did not flinch — they let us know what risks were knowable, and what information WCS might need to gather to know more. It was another success. Well done, Clark Consulting.”

The partnership between WCS and Clark University began a decade ago when Rogan and fellow professor of geography Florencia Sangermano led a set of research projects with Clark students in partnership with Wilkie.

Since then, Clark undergraduate and graduate students have worked to create solutions for some of the most pressing challenges to wildlife conservation. These projects have ranged widely in geographic scope and application — from monitoring elephant movement for habitat assessment in Tanzania to tracking the impact of wildfire and regional climate variability on grassland quality in Mongolia.