Do animals play a role in their own preservation? 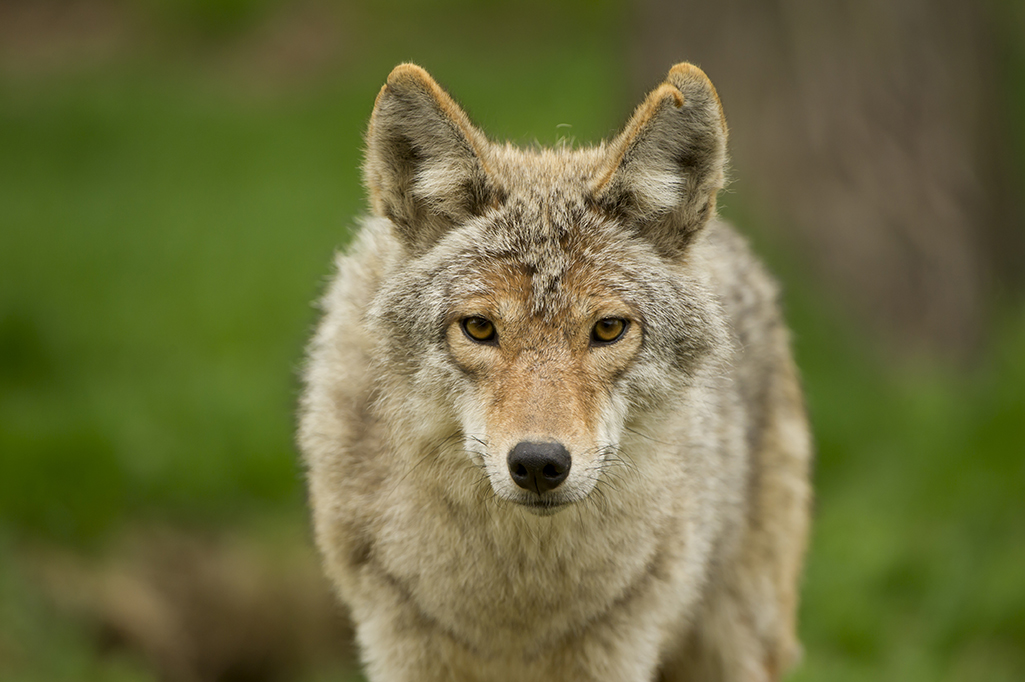 Around the globe, conservation and management programs have struggled to prevent conflict between humans and animals, an issue that may boil down to how humans view animals in the first place, says Roopa Krithivasan, a Ph.D. candidate in Clark’s Graduate School of Geography.

New research suggests that instead of thinking of wildlife as objects to be managed, conservation programs can observe animals’ actions, personalities, and decision-making processes to better help preserve populations. In a recent piece published in the journal Conservation Biology, co-lead researchers Krithivasan and Emilie Edelblutte, a Ph.D. candidate at Boston University, and Matthew Hayek, a co-author and an assistant professor at New York University, found that animals can be agents in their own conservation.

“There are still major gaps in the way we think about wildlife. Their sociality, cultures, and personalities are really important in how they respond to increasingly human-dominated environments, but we’ve only just begun to incorporate these traits into their preservation,” Krithivasan says. “These traits can vary widely within the same species. Paying attention to their differences will be crucial to aid their survival through climate change and human development throughout this century.”

The paper is written for an audience of wildlife managers and conservationists who work in places with challenges involving human and wildlife interaction. Experts and practitioners must think of new ways to co-exist with animals in a world where all species are constantly adapting, Krithivasan says.

“We have to figure out how to share the world so humans and wildlife can survive. It means there’s a constant race to adapt to each other,” she says. “When we plan and implement management strategies, the animals themselves will adapt, they will learn from each other, and they will modify their own surroundings to fit their needs.”

Krithivasan notes that in the United Kingdom, badgers became carriers of a bovine disease, and local residents decided the solution was to eradicate the animals. But some badgers evaded death and then had more territory to forage and spread the disease — an example of the challenges involved with oversimplifying a species.

“Instead of controlling the problem, because they had this idea that the species was controllable, the badgers persisted, survived, and continued to spread the problem,” Krithivasan says.

Krithivasan has observed examples of animal agency in her southern Nevada neighborhood. Some mornings she wakes up and looks outside to see a coyote out searching for food.

“Like most species, including humans, if there is an easier way to obtain food then they will go with the easier option,” she says. “If you leave trash out once or twice a week in bags that tear easily, it turns out that is much more convenient food for coyotes in the Southwest and raccoons in the Northeast. These urban and suburban populations have effectively developed cultures to make the best use of resources available to them, in this case, trash.”

Before doing this research, Krithivasan thought of complex decision-making as a process unique to only highly intelligent mammals.

“Decisions are being made by every animal out there, constantly influencing the environment,” Krithivasan says. “In the context of conservation, animals already actively influence and participate in conservation and management outcomes and do so in ways that constantly reshape the landscapes, cultures, and histories that humans and wildlife share.”

For example, in Brazil female bottlenose dolphins have had lasting and complex relationships with human fishers, and some individual dolphins have learned cooperative fishing tactics that benefit both dolphins and farmers. In some regions of Bulgaria, brown bears and humans have learned to cohabit by developing mutually trusting relationships through repeated peaceful encounters.

As humans warm the earth through climate change, rising temperatures, sea level rise, and more severe weather will further shape how animals and humans must adjust their behaviors, she says.

“Climate change is one of the things that’s forcing human and non-human species to make novel decisions and to take new actions,” Krithivasan says. “The world isn’t static, and there are constant dynamic changes and fluxes that affect how we react to the world around us.”

‘Everything a geographer should know’