In just one semester, Clark Esports has become a central hub for gaming 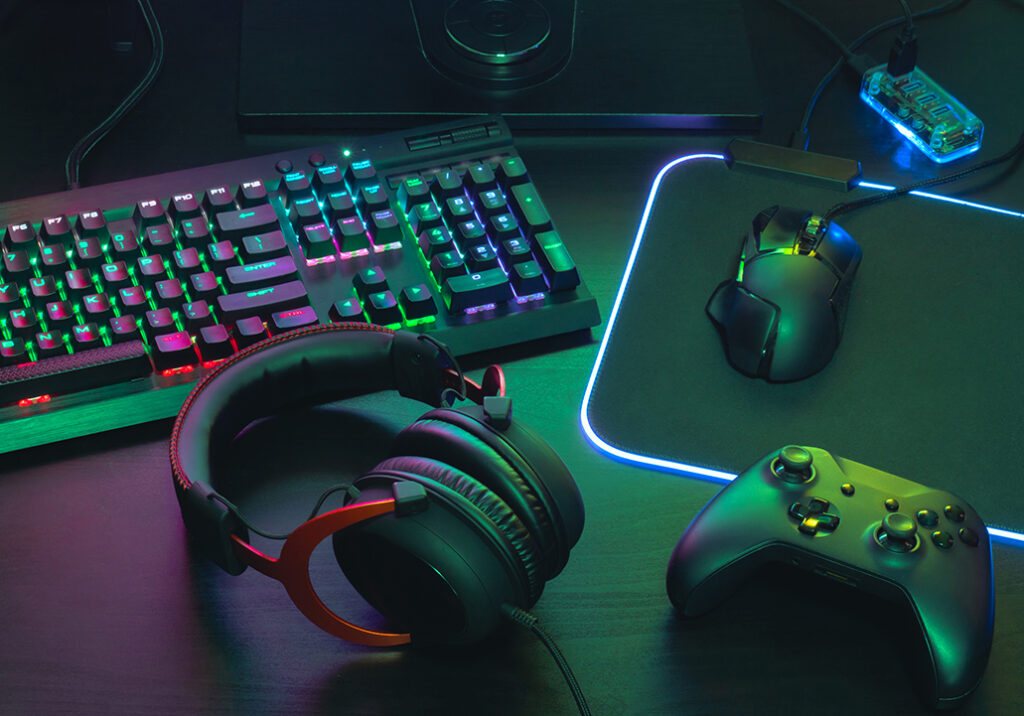 Clarkies have flocked online for both competition and connection this year. Spearheaded by Coach Nicholas “Shifty” Travis, Clark Esports — created just last fall after the establishment of the Becker School of Design & Technology at Clark University — has welcomed more than 300 competitive and recreational players.

With just one semester of play in the books, the program already boasts 14 teams — and a first-place division win at the Boston Uprising Collegiate Cup. The winning team, known as the Red Team, competes in the Overwatch video game series; the remaining teams compete in six other games, including Apex Legends, League of Legends, Rocket League, Valorant, Rainbow Six Siege, and Hearthstone.

Although tryouts are required for new team members, gaming competitively doesn’t have to be daunting. “It’s not hard at all to join a competitive team here at Clark,” Travis says. “The goal of tryouts is to identify players who have similar levels of skill, potential, chemistry, competitiveness, and expectations. Of course, we want to create teams that have the best chance to succeed competitively, but we also strive to make sure everyone enjoys themselves.”

This inclusive environment is precisely what Travis, who has been coaching professionally since 2017, envisioned when he joined the Clark community last fall. “It’s important to understand that our program includes much more than the die-hard, competitive esports players and fans,” he says. “The largest portion of our community are casual gamers who enjoy getting together and playing all sorts of games, both on- and offline.”

Sandro Colantonio ’25, a member of Clark’s Red team, agrees that a sense of togetherness is at the core of esports. Student gamers, who may otherwise be separated by different campuses, connect online via Discord chats to discuss everything from gaming to their academic programs. “Everyone is always welcome, even if you’re not on our team,” Colantonio said. “The program is great for people with shared interests.”

Derrick Audain ’23, a member of both the Overwatch Grey Team and the League of Legends Red Team, describes esports as a central part of Clark’s community, particularly in helping students who transferred from Becker College get to know their new Clark classmates. The league “adopted so many people from around campus, building camaraderie and familiarity within different teams and players,” says Audain, who originally attended Becker.

This campuswide recruiting is thanks to Coach Shifty, who told ClarkNow last summer that he wanted to work with the clubs that already existed at Clark and fell under the umbrella of esports and recreational games, including not only video games but also table-top and role-playing games. “It’s about getting those clubs to communicate with each other, finding out what they need to grow, and then creating two different, but commingling, spheres,” he said. Those goals have already seen success, with esports becoming a central hub for Clark’s gaming community, from Dungeons and Dragons to Minecraft and Magic the Gathering.

Travis sees many Clark teams climbing the ranks of the esports community. “Our goal is to take the next step in competing in additional competitions while also hosting some of our own, all while prioritizing the quality of our competitions over their quantity,” he says. “Ultimately, over time, we want Clark esports to be able to compete with the best of the best.”