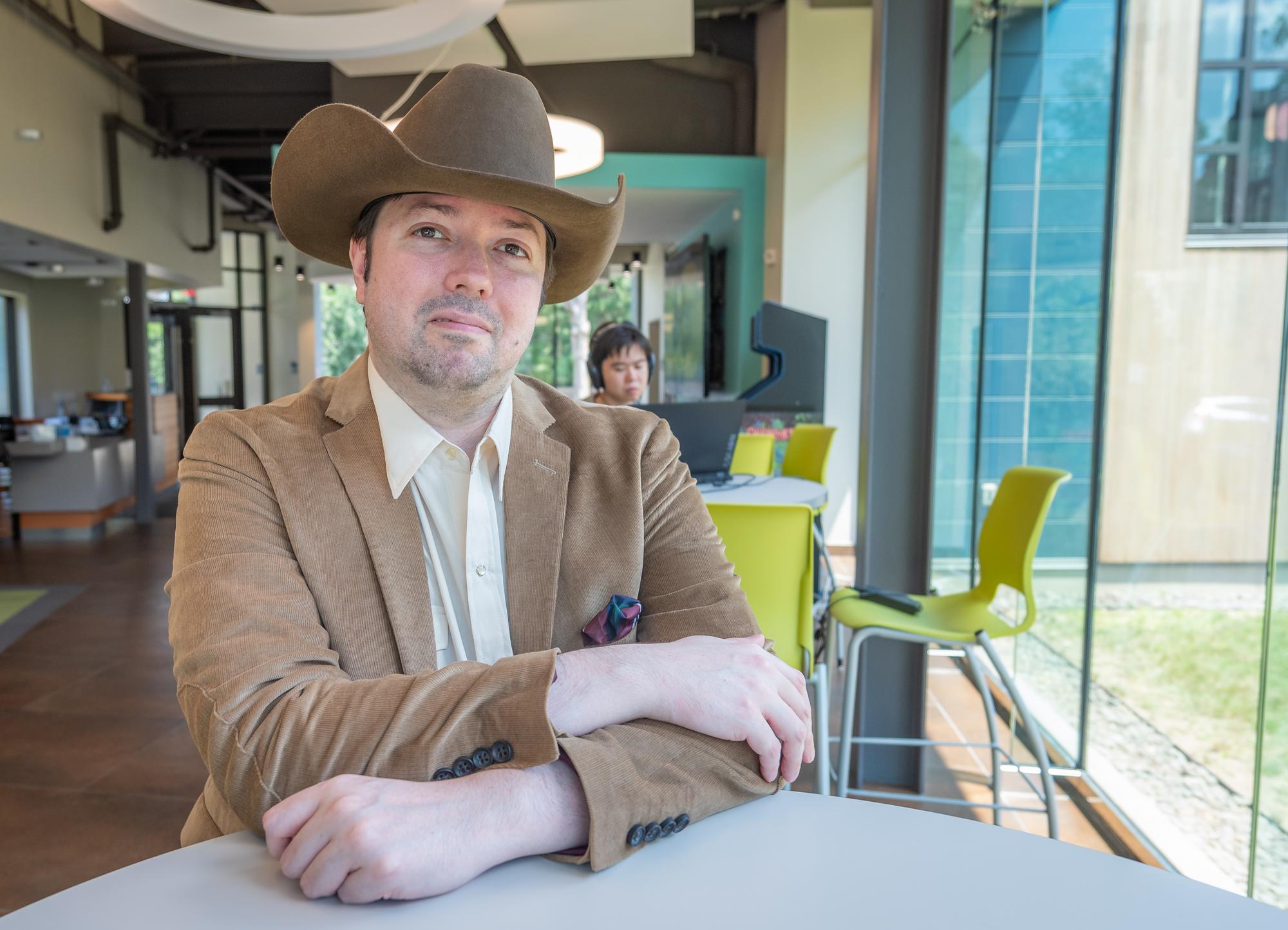 Nicholas “Shifty” Travis has been gaming for most of his life. After college — he graduated from the University of Texas at Dallas with an economics degree — he turned what began as a pastime into a professional career as both an esports player and coach. Now, he’s gearing up to help Clark University students grow their own collegiate careers as the University’s first director of Esports and Recreational Games.

Travis — or Coach Shifty, as he’s better known in the competitive video gaming world — has coached the multiplayer game Overwatch professionally since 2017, including for Team Dignitas and the London Spitfire academy team, British Hurricane, leading the latter to victory during the 2018 Contenders Series. Most recently, he served as the Overwatch coach for Becker College and Boise State University.

We caught up with Coach Shifty, who recently relocated to Worcester from Plano, Texas, to learn more about his career and plans for Clark.

Q: How did you first get involved in esports?

A: I’ve been gaming since I was in elementary school. I felt like I was pretty good, so I decided to play in different tournaments through the years and did well in them at the time. It wasn’t necessarily something I was super serious about yet because I was focusing on school, but pretty much right after college graduation I decided to seriously look into esports. That was about the time when Overwatch came out. I really liked the concept of the game and saw a lot of potential, so I decided I’d put 100% into it and see where it took me. Luckily, it turned out to be a great example of how giving your full focus into something can really pay off.

Q: How have you seen gaming evolve throughout your career?

A: When I first started going to gaming events, all the teams were just sort of little clubs of players that were working together. There weren’t organizations in charge of the teams at the time. The tournaments were mostly for pride and bragging rights. Sometimes you might win a graphics card or something like that, but it wasn’t something you could make a living off of.

Now you can win $100,000 tournaments. That’s nuts. We’re at a spot where video games went from your parents yelling at you for playing them to now your parents saying, “Hey, you can get a scholarship to college for playing video games!” Obviously, a lot of parents still aren’t aware of that, so hopefully that will change, but those who are were probably pleasantly surprised.

Video gaming used to be this niche thing that was odd to be proud of. Now, it’s like watching movies or playing athletics — it’s something everyone does or accepts.

Q: What’s your vision for building the Esports and Recreational Games program at Clark?

A: Initially, I plan to work with and include a lot of the clubs that already exist at Clark that may fall under the umbrella of esports and recreational games. From there, I want to create a big gaming culture with both video games, table-top games, and anything that may be related to that area. It’s about getting those clubs to communicate with each other, finding out what they need to grow, and then creating two different, but commingling, spheres.

In one, we’d have the casual gamer — the people who like to play for enjoyment. I want to create an inclusive atmosphere that is safe, fun, and helps students feel like Clark is supporting them as they create events, community, and little tournaments. The other sphere is more competitive, more hardcore. That’s where students could compete at a higher level and possibly earn scholarships. I want that to be the varsity aspect of the esports program.

Q: It sounds like there’s potential for some great synergy between those two areas. How do you hope they’ll build off of each other?

A: I want them to coexist, interact with each other, and support one another. Eventually, I want to see those people who may be interested in varsity but are a little bit apprehensive start off in that casual sphere, and then try out the competitive aspect when they’re ready to see if it’s right for them.

Ultimately, I want to have both club and varsity aspects to the program. I want to see and support the teams and games Clark students are already interested in, and then look at some other games that may be really big in collegiate esports — and if there isn’t already huge support at Clark, maybe recruit some people. No matter what game, we probably have some people who are interested in trying it out.

Q: How do you see the varsity program taking shape?

A: I have high expectations for our varsity teams. First semester will be more of a building phase to see how things go, to see what talents we already have. I need our students to contact me and let me know, “Hey, I’m really good at this game and I’d like to try out.” I know what talent looks like when it comes to esports, and if students want to play at a high level, I’m going to create an atmosphere to make that happen.

I expect Clark to get better each and every semester, and I expect Clark to be able to compete with some of the best schools out there within a few semesters. The best way for students to get on board with that is to get involved early.

Q: What opportunities will there be for nonplayers to get involved with the teams?

A: We’re looking to create a Twitch stream once we have our teams and tournaments set up so people who are interested in casting will be able to cast the games. [Twitch is the world’s leading live-streaming platform for gamers and esports tournaments.] I want people who are interested in team management be able to help out. Later down the line, we may look into establishing a gaming board with students who are elected and put in charge of different sectors of the esports program. That is something I’m definitely considering.

Let’s say you really love a game and we have a good team. You want to be involved but you’re not a great player — we’ll find a place for you.

Q: This year, Clark announced its plan to establish the Becker School of Design & Technology following the closure of Becker College. How do you see Esports and Recreational Games meshing with Clark’s new academic programming, including the nationally ranked Interactive Media Design program?

A: I found that at Becker, a large majority of the students who were part of the esports team were also in majors involved with video game development. I don’t think there will be the same ratio at Clark, but I bet there will a pretty high ratio compared with other majors.

Establishing this program allows the students who are in that curriculum to interact with the community at large. It helps them understand what their peers are enjoying and what parts of games players like interacting with. In years past, a lot of people who developed games weren’t good at the games they created. You don’t need to be a good player to make a great game, but it did create a sort of disconnect. I think that will be less likely now that there’s more of a connection between the gaming and development spheres.

Q: How can students connect with you?

A: Discord is my number one method of contact for now — my username is Shifty#2148 — but you can also DM me on Twitter @OverwatchTactic or email me at ntravis@clarku.edu.

I want more than just feedback. I want to be able to communicate with the students so they know what to expect. I want to hear their ideas — what they think about my current plan and what they think the esports program could be at Clark. I also encourage students to share their interests by filling out the Clark University Video Games and Esports Survey.