Alumna: Volunteering can lead to the career you want

Jitkse Grift ’18, who is from the Netherlands, earned her bachelor’s degree at Clark then a master’s in Budapest, Hungary. She is now back in her home country, working in Amsterdam. 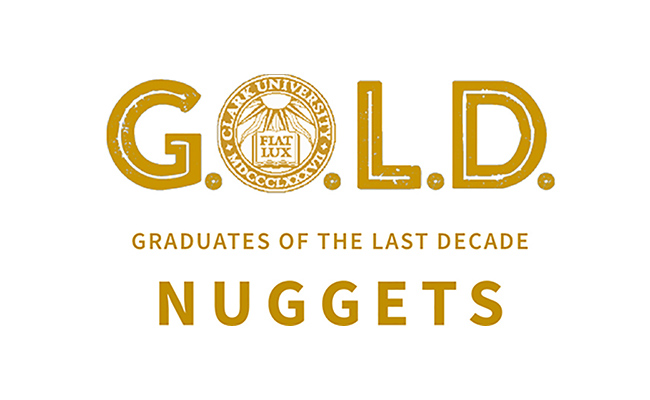 We caught up with her to see what she’s up to and get her career advice for Clark students just starting out.

When did you graduate and what did you do at Clark? 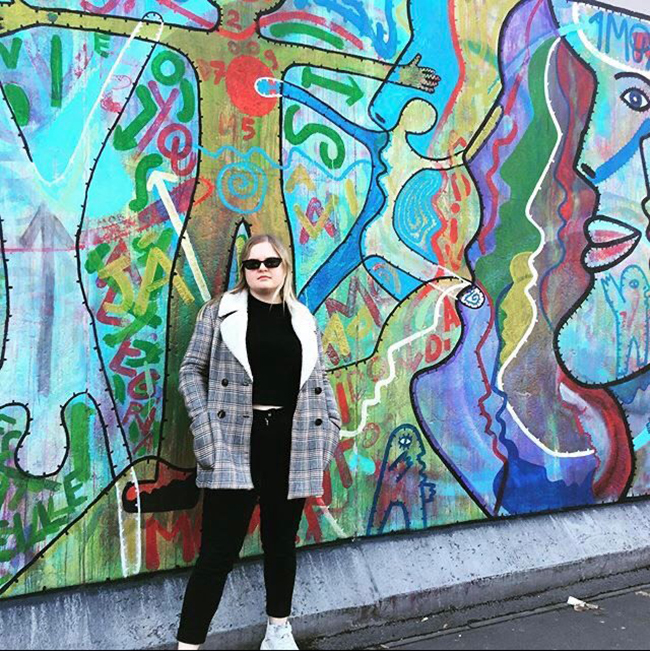 What is your favorite Clark memory?

My favorite memory was in the winter of 2016. I wanted to show my parents and my sister my life at Clark when they came to Boston. When you live and go to school abroad, your parents and your sister can’t see the school you go to, except through Skype and other video communication ways. It was amazing to show them the school I went to and where I lived at the time — Dana Hall. I have a picture of us in front of Clark, which is great. I think it’s one of my favorite memories because it was the only time, besides graduation, that my family got to see where I went to school. I didn’t get to see Clark before I started there, so it was really nice to introduce my family to my new environment.

Where is your favorite place to eat in Worcester?

When I talk with my fellow international friends about the different places we would visit when we come back, I think of all the amazing food we would eat! I love the food in Worcester. I would say Red Pepper, the Asian Grocery Store on Main Street, the Jamaican food spot, Dalat, Annie’s, and Hacienda would be some of my favorites. I just miss American food altogether and want to eat at the Cheesecake Factory and TGI Friday’s! All the food is especially delicious in Worcester and I miss it.

Where are you now? What have you been up to?

After Clark, I moved to Budapest and spent a year there getting a master’s degree in political science, specifically in comparative political science, and graduated in late 2019. I then worked with the Dutch Humanist Association in the Netherlands.

In March 2020, after having just traveled and visited my Clark friends, I came back to the Netherlands and got another job in the City of Amsterdam, where I work for the legal team in their Sailing Department — which is very strange to say — but I’m the assistant to the legal team. I also work for the European Humanist Federation, which is like the Dutch Humanist Association, but essentially the European level equivalent. I am the assistant to the Board of Directors. So, I now work the two jobs.

Have you developed any new hobbies?

Do you have any ‘adulting’ tips or career advice you can share with your fellow Clarkies?

I don’t have an adulting tip because I don’t really believe that there’s such a thing as “adulting.” You make food, pay your taxes, and I think that’s how you “adult.” I don’t have a tip besides doing whatever you feel like is fun — as long as you’re responsible. And don’t forget to eat your veggies and pay your taxes!

I do have a good tip for career advice. I found my way and got into the organization I am with now through volunteering. Volunteering with different organizations, or even doing an internship, is helpful. I got asked to help with this project for a couple of hours, but they eventually needed someone to help them long term, which landed me my first job. So, I would say you should know and have many contacts, but also you should do some volunteer work because it can be helpful.

I don’t like unpaid internships because I think they’re very classist, but I think if someone does a full-time job, then they deserve to be paid for the full labor. However, if you can do some volunteering on the weekend about something you are passionate about, then I think you can actually make a career out of it. It doesn’t have to be a full-time career from the start. You could just do a little bit of that work and see what you like and don’t like.

I also don’t think your career has to start at the age of 23 or 24. You can start later and drop off of it for a while and figure out what you want to do with your life because I don’t think anyone has figured out what they want their life to be at the age of 24 or 25. You don’t need to figure your career immediately or work toward a career immediately. Just figure that out along the way and do a little bit of everything. Do some volunteering, do some side jobs here and there, travel, have fun, and then you will eventually stumble upon the career you want.

Emilee Cocuzzo ’18, MBA ’19, is a member of Clark’s GOLD Council, which includes members from the ten most recently graduated classes.