Participants share about their jobs in education, journalism, and public relations
By Olivia Simonds ’20

The Washington Post recently published an article about the importance of English majors in the current social climate. According to the Post article, the English major offers something a STEM major often does not — the ability to communicate through storytelling.

Jean Dao ’12, MAT ’13, and Tom Matthews ’16 told their own stories at the English Department’s Chowder Fest held Oct. 23 in Anderson House. The annual event brings English alumni back to campus to share insights on life after college: the obstacles they faced, the connections they made, the lessons they learned, and how their English education made a difference in their career paths.

While at Clark, Dao, who earned her bachelor’s in diaspora studies with a minor in English, interned as a teacher for Worcester public schools. After graduation she became a recruiter for the Upward Bound Program, offering participants the resources to transition from secondary to postsecondary education. Dao now works as a program coordinator for the Harvard University Public School Partnerships Program, acting as a liaison with public schools in Allston, Brighton, and Cambridge. 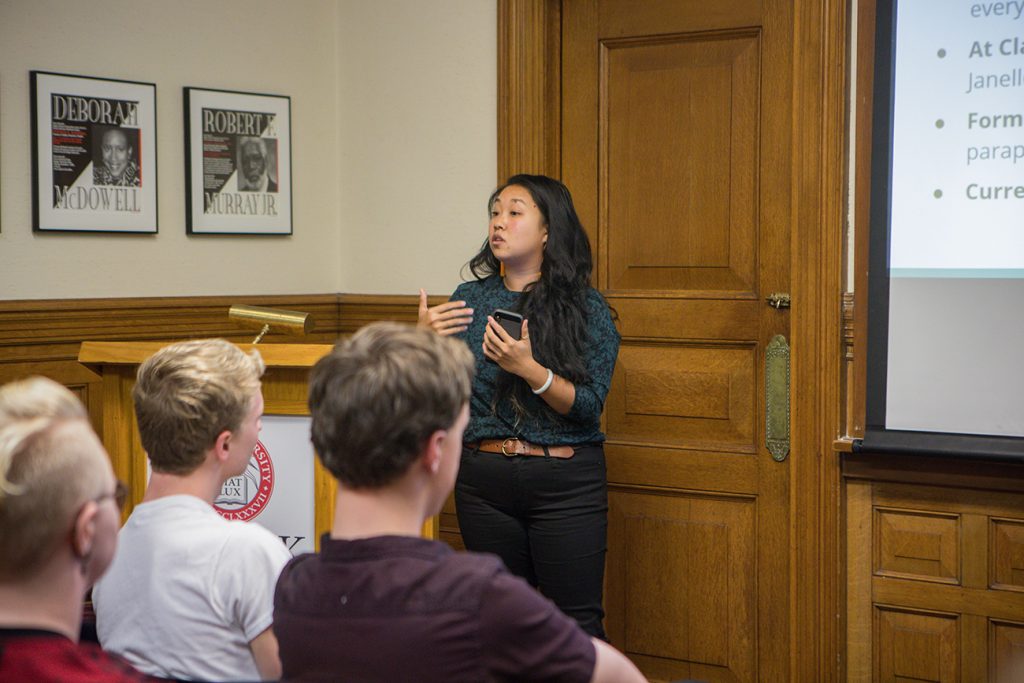 Dao attributes every job she’s landed to an interpersonal relationship, with her connections to Clark alumni serving as a vital resource in her career progression. Studying English, she said, also helped her find nuance in discourse and prompted her to better understand opposing viewpoints, citing the affirmative worldview of author Michelle McNamara: “It’s chaos. Be kind.”

Matthews, a Worcester native, transferred from Curry College to Clark to  pursue his passion for writing. He became a student worker in the English Department, where he formed close bonds with Clark’s faculty. In a class, he met guest speaker James Dempsey, M.A. ’78, a well-known local journalist who had launched The Worcester Journal, a digital literary magazine written by area college students. Dempsey recruited Matthews to server as an editor at the Journal, where he had his first article published on one of his favorite bands.

Matthews later landed an internship with Worcester Magazine, where he wrote stories and managed social media content. After graduation, worked in digital public relations for the Worcester Railers hockey team. Today, Matthews is a marketing and content specialist for Niche Hospitality Group. The skills he acquired and refined at Clark gave him a distinct edge in the job market: “You’d be surprised how many people don’t know how to write,” he said.

Dao and Matthews spoke to the importance of sharing stories that convey core beliefs and ideas, evoke empathy, and resonate with others.

Professor Lisa Kasmer, chair of the English Department, said the Chowder Fest gives students valuable perspectives on potential career paths. “Students are often attracted to the English major out of a deep love for literature but are sometimes confused about what they can do with the major,” she said. “At Chowder Fest, they see that the skills learned as an English major are foundational and can be transferred to almost any career.”