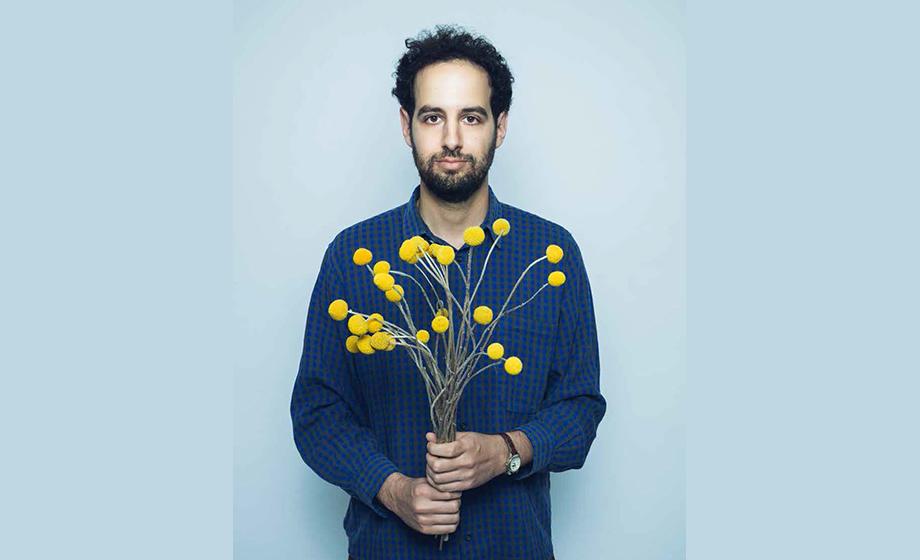 The plan is to meet after work, have a few drinks, and leave the bar just in time for me to catch my 10 o’clock red-eye out of LAX. It almost worked out that way, too. He picked the place — a newish bar in Culver City, just a short drive from the airport — and I arrive a few minutes early, luggage in hand. It’s one of those soft L.A. nights that makes the city feel a little bit like magic, an hour after a rain shower and with the warm air off the ocean lifting the mist in quick bright eddies past the streetlights. I sit down on a bench outside the bar, store my luggage carefully out of the way, and wait for Charles Gould ’07 to arrive.

He misses me on his way in, blocked from my view by a row of dark, wet cedars strung with white lights, and enters the bar alone, head swiveling left and right to take in tables already packed with hordes of well-dressed young people impossibly smug in their delight in paying $20 for a burger. I tap him on the shoulder, and after an enthusiastic hello, he delivers an immediate, and frankly unassailable, judgment of the restaurant he’d chosen: “Wow, dude. This place sucks.”

And so, at his insistence, we leave in search of a place that, at the very least, sucks less.

If you only knew Gould through his stand-up act — maybe his performance on “Jimmy Kimmel Live!” last August, or his appearances on Comedy Central, or even his acting work on “The Big Sick,” “Law and Order,” and “Search Party” — you’d be hard-pressed to figure that the man has any confidence at all.

“I think the way to truly find your voice is to do what you personally find funny, and find a way to make it funny to other people, as opposed to changing what you find funny just to make other people laugh.”

“Charles is the guy,” says his former Clark Theatre Arts Professor Gino DiIorio ’83, “who goes to the bar, hits on everybody, and everyone turns him down. He’s always going to be the butt end of the joke.”

His act, in fact, plays less as a series of jokes (setup, punchline, setup, punchline …) than as a one-way conversation with your funniest friend during which he describes a day that somehow went horribly wrong.

Gould’s web series, “Charles, by the Way,” which he co-writes with his friend Dan Hurwitz, is built on that simple premise. “What we’re always trying to do is think of a common, everyday situation, and then think about the worst-case scenario we can imagine happening in that situation,” he says.

One sketch, “The Doctor Who Girl,” sees Gould meet a woman at a coffee shop, connect with her over their shared love of the “Doctor Who” series, and then painfully realize she is already planning her “Doctor Who”-themed dream wedding … with another man. As she describes the details of the ceremony, the camera cuts quickly between their faces — each time the camera returns to Gould, he is more off-screen, until he vanishes entirely. The girl returns to her coffee without missing a beat.

Gould’s words don’t necessarily make you laugh until your sides hurt — in fact, they occasionally make you cringe, in squirmy recognition of your own days-gone-horribly wrong. The ideas worm inside your brain, becoming part of the way you experience and re-experience some tiny part of the world.

“My goal with doing stand-up comedy is that people will hear the joke once, they’ll hold on to it, and then they’ll remember it months later,” he says. “I want people to bring the joke back up, and tell their friends about it even if in the moment they didn’t laugh out loud when you told it.” 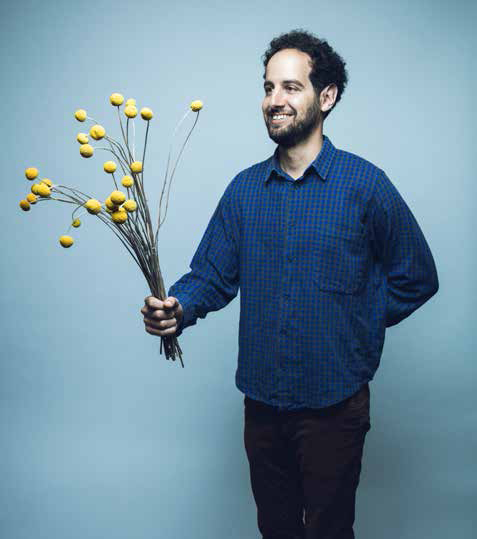 Charles Gould came to Clark to compete on the tennis team, and without a sense that comedy was in his future. But when given the opportunity to perform, he immediately stood out.

“He’s one of the funniest kids I’ve ever known,” DiIorio says. “If you gave him a tragedy, he made it into a comedy. I mean, he just had this wonderful wit, and he would drive you crazy with it.”

After graduating in 2007, Gould moved to New York and spent his first few years immersed in the stand-up scene. Watch any of his early sets, and you see a character quite different from the quiet, halting, self-deprecating persona he now brings on stage.

“At the beginning,” he says, “I used to think it was important to put on an outfit that wasn’t me, but was funnier than me.” That meant rapid-fire jokes, a lot of arm-waving, and a frenetic energy that seems almost impossible to imagine present-day Gould replicating. “I would almost go as far as to say that, these days, my act and my personal life are the same. When I talk to someone backstage after a show, they say, ‘Oh, this is exactly who I thought you would be.’ They didn’t used to say that.”

Sitting across from me in a bar full of people louder, flashier, and quite possibly more willing to do anything to get ahead, Gould doesn’t seem entirely convinced he’s hit his stride.

“I still worry about it a lot,” he says. “I worry about how necessary my voice is in the world today.  Sometimes it feels completely unnecessary — that you’re not going to bring anything new to the table as a Jewish comedian in New York. But you have to stick to the toolbox you have. I think the way to truly find your voice is to do what you personally find funny, and find a way to make it funny to other people, as opposed to changing what you find funny just to make other people laugh.”

All of which sounds exactly right, in principle. Though when asked about the worst time he’s ever bombed — a standard coming-of-age-story for young comics — the story changes slightly. “You can go through doing comedy and never bomb really bad,” he says, “because you kind of adjust yourself to the crowd.

“After I did the Montreal Comedy Festival and Kimmel, I was given the opportunity to perform an hour of stand-up. My agent said, ‘Look, you can do an hour, and we can start you off in really small rooms in Alabama and Georgia.’ I said no, and I really regret that now. I was too scared. I didn’t want to get pushed into the pool, and I think that was a mistake.”

One moment Gould can be brazen (on possibly entering politics: “I have no experience in politics, so I just need to get as famous as Al Franken — without the groping — and I’ll be fine”), the next he’s diffident and shy. That’s what pushes his comedy forward.

“Most of my comedy comes from my insecurity,” he says. “But it only works with some crowds. If the crowd is really young, hip, and good-looking, then I’m going to bomb. There’s a type of person who can watch a person spilling out their insecurities onstage and relate to it. Then there’s the kind of person who’ll just feel bad for you.” A pause for effect. “Hot people usually fall into the second category.”

One of Gould’s web sketches — “Chelsea (ft. Hot Christian Guy)” — depicts Gould in a coffee shop wooing the woman at the next table with clever words while the chiseled blond man seated on her other side does nothing but smolder and wins her affections anyway.

It’s hard not to interpret the sketch as a metaphor for Gould’s perspective on his life and work — an uncertainty about exactly where he stands, balanced with a basic decency and modesty that hold him together. It’s nervy, it’s winning, and, when you get used to the idea that it’s not an act, it’s very hard not to like.

“You know, he’s just a typical Clarkie,” DiIorio says. “Clark students are not the kind of students who say to you, ‘How do I get an A in this class? How do I fill in the boxes?’ You show them the boxes, and they go, ‘Yeah, well, I’ve got a few other boxes.’ He’s very typical of that. He’s got a lot of boxes.”

Gould has decamped to his native Los Angeles for the time being. He was a bit weary of the New York scene, but he also needed to go where the work is. “After I did Kimmel, I was out here for a week, and I did a couple meetings, and went on a few auditions,” he says. “And then I did the Just for Laughs Comedy Festival, which gets you to meet tons and tons of industry people, and 80 percent of those people were based in L.A.”

Gould is now writing for actor Will Smith’s production company (he can’t divulge what he’s working on). He’s also developing a digital series for Comedy Central about working with a therapist, pitching a TV show about a Mark Zuckerberg-like guy who runs for president, and is looking to get back into acting. For the most part, 2018 has been a year of change.

Has that change been a good thing? Gould can’t say yet. While it took him all of five seconds to decide that the bar he’d chosen for our conversation sucked, and another two to head down the street in search of something better, the big life choices understandably have kept him more preoccupied.

He’s not a star yet, but he’s closer than he’s ever been — close enough, anyway, to feel the immensity of what might lie ahead. After spending the last decade climbing the ladder, he’s peering into the deep waters of the pool below. Nobody’s pushing him now. It’s his leap to make.