Heeding the voice of his 'inner hero' 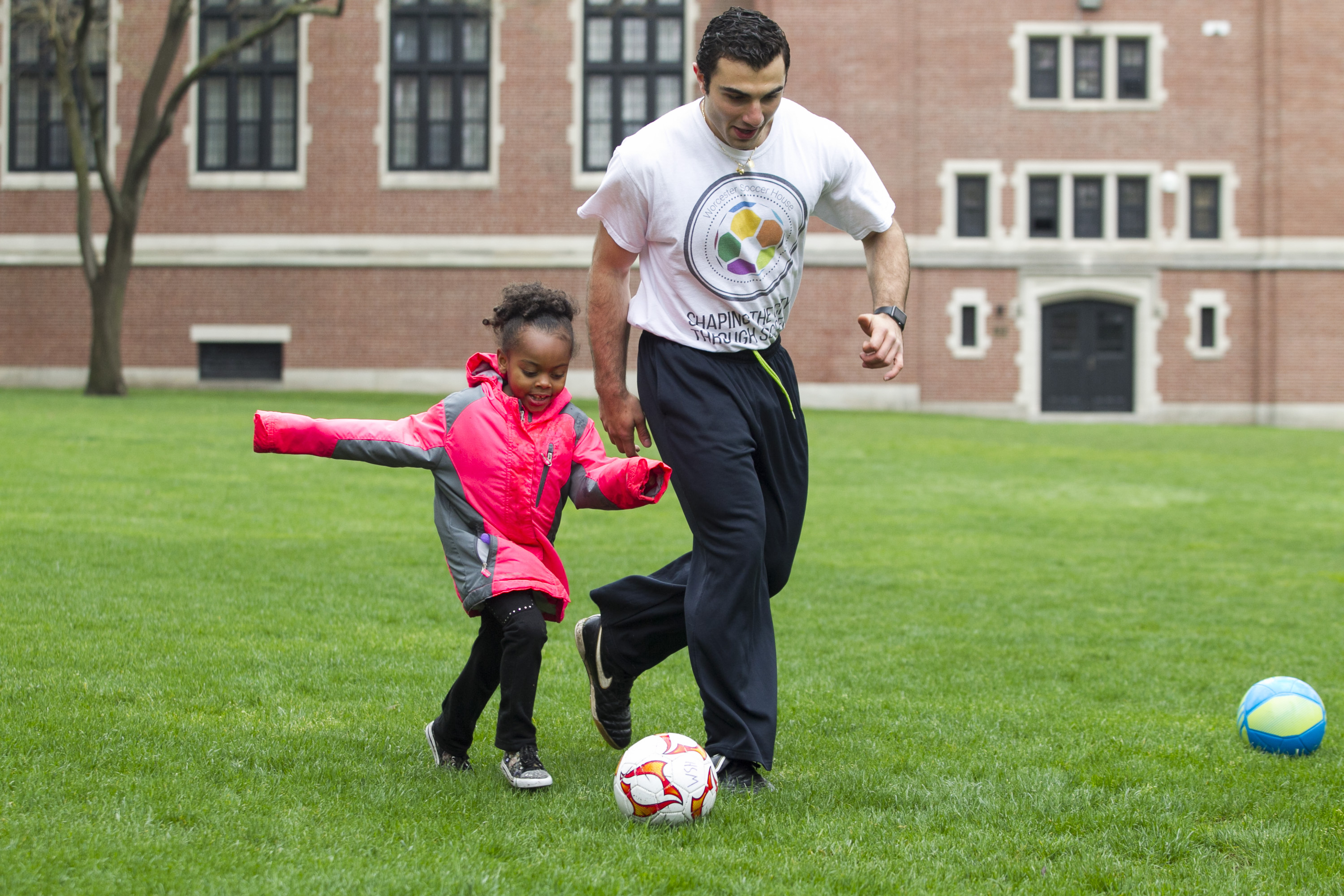 Mohamed came to Clark his first year with a Presidential LEEP Scholarship and ready to work, but it wasn’t until he took Qualitative Methods with psychology Professor Michael Bamberg that he understood what it meant to learn.

An idea to help children

A late-night first-year study session and texts with a friend turned into the idea of launching Worcester Soccer House, a grassroots organization providing free soccer instruction and character-building to Worcester children who otherwise could not afford to play.

During fall 2015, Mohamed’s sophomore year, he and the group worked with mentor and Clark Entrepreneur-In-Residence Shari Worthington to form partnerships with nonprofit and government organizations. WSH, which now included Mohamed – as Coach Mo – and other Clark students at coaches, led an 8-weekend program for more than 60 children.

Mohamed pitched WSH to Clark’s Ureka Big Idea Challenge 2016 – a springbroad for students’ entrepreneurial ideas, many of which are geared toward making a positive impact in greater society. WSH won funding during the event.

A change in plans

In spring 2016, Mohamed delivered a speech to more than 50 fourth and fifth graders from Columbus Park Preparatory Academy in Worcester who were visiting Clark’s campus explaining how small investments of their time into positive decisions could lead to big results. He didn’t know it at the time, but he was giving the children a glimpse into his future.

In summer 2016, an attempt to turn WSH into a nonprofit broke down over differences about the program’s direction, leaving Mohamed feeling adrift.

Feeling humbled, Mohamed got to work on a new goal: becoming a motivational speaker for children. He drew on his own experiences to deliver a TEDx presentation aimed to inspire and challenge others to pursue purposeful lives.

Mohamed is fulfilling another ambition: serving in the U.S. military. An Army ROTC cadet, he’s also pursuing an M.B.A. through Clark’s Accelerated B.A./Master’s Degree Program in the Graduate School of Management. He’s heeding the voice of his “inner hero who pushes you to be better.”