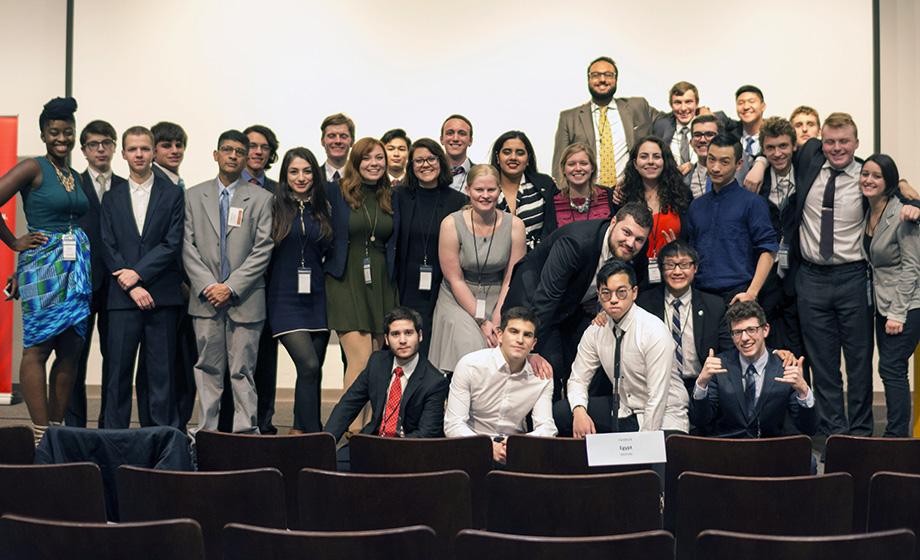 “This latest piece of news — that ours is among the very best teams in the region and on the continent for that matter — is a truly fantastic way to wrap up what has been a great semester for us,” said Burgess, a double major in political science and computer science.

Welch, who’s majoring in international development and social change with minors in political science and a concentration in Latin American and Latino studies, remarked on the future, adding that, “the plan is to take what we’ve learned this fall and improve upon it going into the second semester.”

The team’s hard work over the past four years propelled it to a No. 17 ranking on Best Delegate’s 2015-16 North American Colleges final list — higher than teams from Princeton University and American University.

Cory Bisbee ’19, a political science and Asian studies double major and secretary-general of ClarkMUN VII said, “Model U.N. at Clark is an exemplar of many of the things which make this University overall so special — the close-knit environment, the commitment to giving back to the community, the hands-on experiential learning, and the sheer breadth of opportunities and resources coupled with one’s uniquely unrestricted access to them even as a first-year.”

First-year student Matthew Gerstein ’20, a political science major with a minor in history, is an under-secretary-general for ClarkMUN VII. He notes that Model U.N. was “one of the primary reasons” that he came to Clark University.

The team is supported with funding from Clark University Student Council and the Department of Political Science. Srini Sitaraman, associate professor of political science, serves as the team’s faculty advisor.

MUN at Clark is planning to send travel teams to four spring conferences organized by McGill University, Harvard, Brown and Mount Holyoke College. The team’s travel schedule may expand to 10 conferences per academic year if the team adds New York University’s and Yale’s conferences next fall.