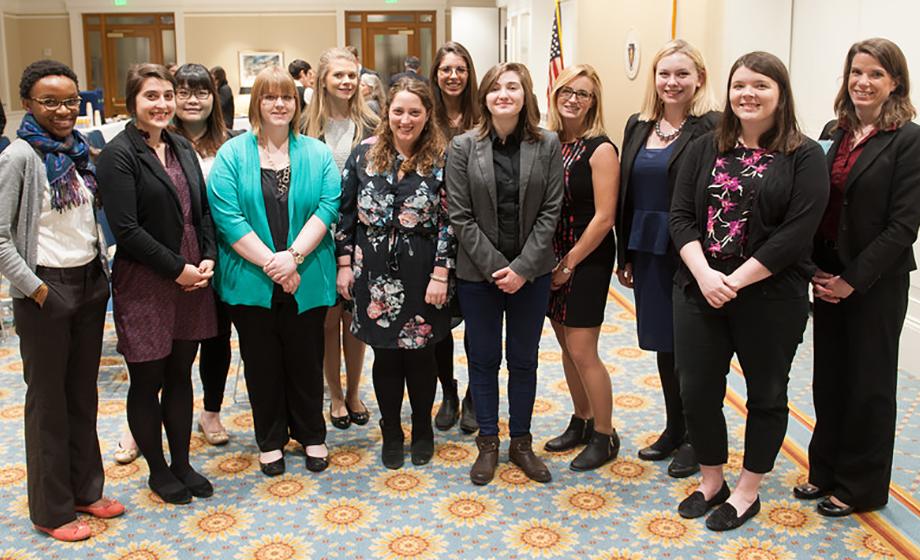 Millennials veer from older generations in their acceptance of marijuana legalization. According to a Pew Research Center poll, 68 percent of those born between 1981 and 1997 approve of legalizing pot versus around 50 percent of Baby Boomers and GenXers.

And while Denise Hines, research associate professor of psychology at Clark University, doesn’t necessarily know where her students fall on the cannabis spectrum, she notes that marijuana legalization has been a popular choice for individual research projects in her “Using Social Science Research to Influence Public Policy” class, which she’s taught since 2012. 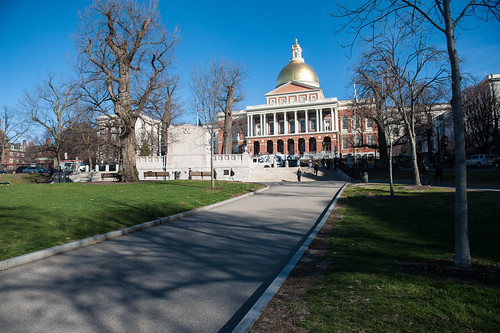 This year, however, it was Hines, not her students, who directed them to research marijuana legalization. The psychology class focused on that issue – along with opiate abuse in Massachusetts – as part of a major project: conducting research, tracking legislation and media coverage about marijuana and opiate issues in other states, writing policy updates and helping organize Massachusetts’ Family Impact Seminar(FIS), sponsored by Clark’s Mosakowski Institute for Public Enterprise. Led by Hines, the daylong seminar at the State House each year promotes non-partisan research on pressing family issues to encourage legislators to enact the most effective policies.

Marijuana has garnered much attention over the past few years as more states legalize the use of recreational pot. In Massachusetts last week, the Supreme Judicial Court allowed such a ballot item to proceed this November. Yet a bipartisan coalition of public health officials, educators and politicians, including Gov. Charlie Baker, Attorney General Maura Healey and Boston Mayor Martin J. Walsh, is beginning to line up against legalization.

Although the Pew study indicates that many college students’ first response might be to legalize pot, those in Hines’ class got a more complete picture regarding the impact of drug use – especially marijuana and opiates – on children, teens and families. The undergraduate and graduate students conducted the background research for leading clinicians and researchers who addressed lawmakers on March 30.

Part of the problem, one researcher noted, is that policy is outpacing science on the issue. John F. Kelly, associate professor of psychiatry at Harvard Medical School and director of the Recovery Research Institute at Massachusetts General Hospital, said legislators in some states legalized medicinal marijuana without the research that examines either positive or negative impacts.

However, there are lessons to be learned from other states. Colorado, which legalized recreational marijuana sales in 2013, banned pot-infused gummy bears and other candies after a surge in the number of young children accidentally consuming their parents’ stash.

In preparation for the Family Impact Seminar, students in Hines’ class examined this issue and others as part of their research for Massachusetts public health officials and lawmakers.

“What I appreciated especially about the topic of the FIS this year is that it really helped students think complexly about an issue,” Hines says. “This year, because our experts were doing this topic, the students got to experience firsthand how complicated marijuana legislation is. They thought and heard about how marijuana isn’t as safe as it is often portrayed to be.”

In addition to conducting research, students contacted legislators’ offices and welcomed and networked with legislators, aides, media and other attendees throughout the event. Each student was assigned a legislator to interview as well. These hands-on experiences, according to Hines, are emblematic of Clark’s LEEP (Liberal Education and Effective Practice) Program, which provides undergraduate students with opportunities to put knowledge into practice.

“In general, what I think students really get out of the class is an appreciation for how complicated legislators’ jobs are, and because of that, how difficult it is for researchers and legislators to connect,” Hines says. “I think most students come into the class thinking that legislators should just use evidence to make all of their decisions, but when we delve deeper into that assumption, we see how complicated that prospect is, and we see why that might not always be wise.”

Emma Marks ’16, an international development and social change major from Maine, researched marijuana legalization in Colorado and other states now exploring the issue.

“Before, I wasn’t aware of the all the specifics surrounding marijuana legalization,” says Marks (pictured, sixth person from right). “But I was surprised by all the nuance involved in the legalization process, such as ensuring that signs advertising products containing marijuana are situated high enough off the ground so that they aren’t visible to children.” Another issue, she explains, “is whether Massachusetts police have adequate training to deal with marijuana,” especially in ferreting out whether someone is driving under the influence.

The class fulfilled her expectations, she says, and she intends to apply what she learned to her interest in another topic: environmental change. A recent graduate, she’s working as a project manager for the nonprofit organization Action! Worcester and writing freelance articles for the online publication FoodTank.

“The reason I took the class,” Marks says, “is because I was really excited about getting more practical experience and the opportunity to get involved with something more tangible and gain a more realistic perspective on policymaking.”