‘Here, I learned to value myself’ 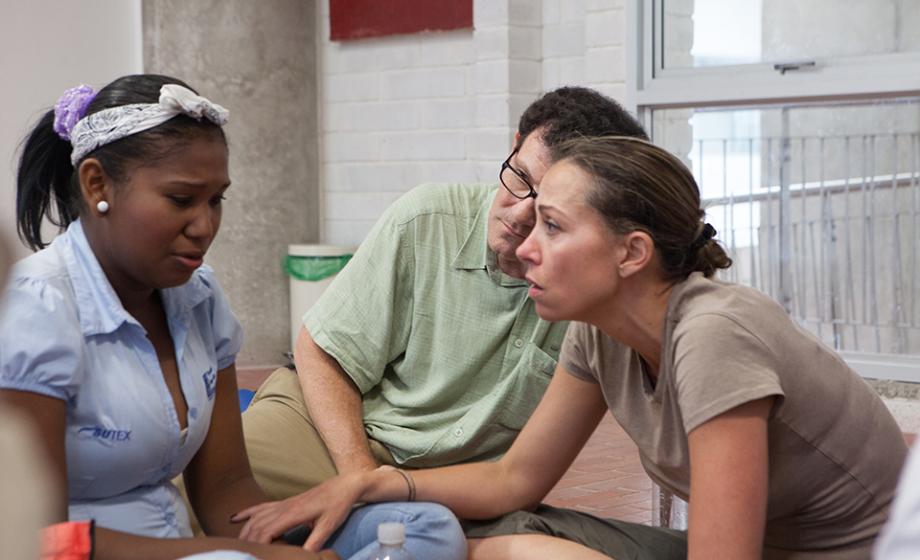 Catalina and her foundation work in some of the toughest slums of Cartagena, dominated by gangs and largely avoided by police. During a visit we made to one such slum, gang members surged onto a nearby highway, set up a barricade, and robbed a vehicle. We asked whether the police would intervene, and one resident said sourly, “I’ve never seen police come to someone’s aid here. They only come when someone is already dead.”

We were in the slum to visit a teen mom who was under consideration for sponsorship by the Juan Felipe Foundation. Each January and July, the foundation sponsors more than 200 troubled teenage girls — typically pregnant girls or new teen moms — bringing them in for an initial six-month phase of support, medical care, counseling, and job training. It’s a bit like the Nurse-Family Partnership in its focus on at-risk moms, but the interactions mostly take place not in the home but at a lovely foundation campus with a cafeteria, meeting rooms, clinic and nursery. The moms get transportation money to come each day.

“Female empowerment” is one of those slogans that is repeated so much in the aid community that it had lost much of its meaning. But Roxana is an example of what “female empowerment” actually can mean. While in the Juan Felipe Foundation program, Roxana heard discussions about how sexual violence is always unacceptable, about how women have to stand up for each other. One day she was going home when she passed a vacant lot and heard a girl sobbing. Roxana stopped and listened. She could hear the girl saying, “No! No!” It was a gang area, and almost anybody else would have hurried off. But Roxana, who herself had been abused as a girl, grabbed a stick and charged into the vacant lot. She found a man who was abusing a sixteen-year-old girl.

“You can’t do this!” Roxana yelled at him. “This isn’t right! You’re a disgrace!” As she yelled, she kept whacking the man with the stick. He began running, and Roxana chased after him, thrashing him with the stick. Then she went back to the little girl, calmed her down, and helped her return to her family.

Catalina Escobar will never, of course, fully recover from the loss of Juan Felipe. Perhaps no parent ever entirely rebounds from the shock of surviving one’s child. For Catalina, it was at first difficult to work through her own grief while surrounded by hundreds of other moms all proudly clutching their infants. “It was a tough time,” she recalls. “At the beginning, it was lots of anxiety. Every baby looked like Juan Felipe.”

But Catalina threw herself into her campaign to transform the lives of slum girls like Roxana, and so she has seen sadness and misfortune far greater than her own. She has also found that when they are given an opportunity, many of these girls leap for it and turn their lives around. Now the Roxanas of Cartagena are sending forth their own ripples and transforming other people’s lives. Some of the girls have found good jobs in Cartegena’s booming tourism industry, working in fine hotels and restaurants, and can now give their own children the kind of upbringing they never had. Catalina still cries when she talks about Juan Felipe — and about the mother who lost her child for want of $30 — but she has found a new life full of purpose.