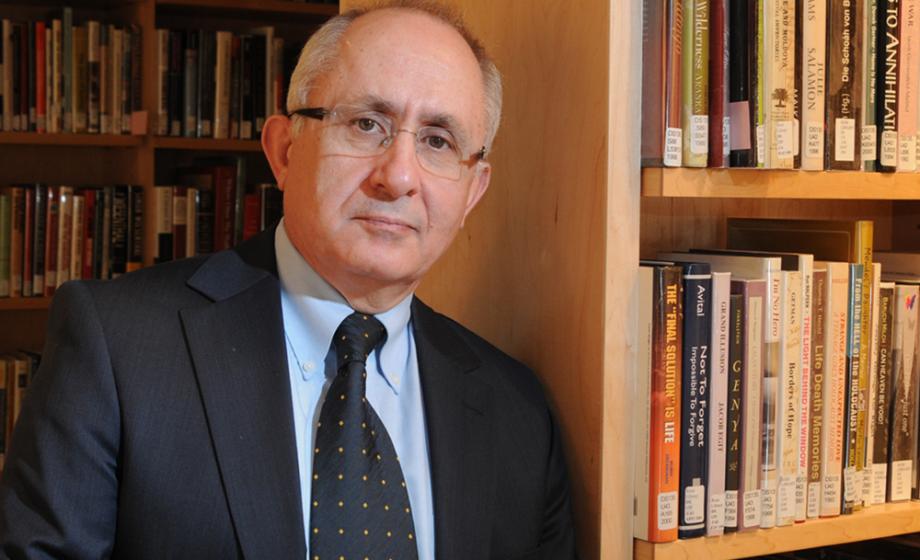 “It is deeply rewarding to be recognized as a friend of the Armenians,” Akçam said. “While power, not truth, reigns supreme in politics, it is truth that wins in the fields of education and scholarship. We need to train dozens of young academics who can express the truth not as an emotional plea but as a scholarly fact.”

“The truth is that the more academics we have working in this field the less oxygen denialism receives. Education is where the real investment needs to be made,” he said.

Every year, the New York-based Diocese of the Armenian Church of America bestows its “Friend of the Armenians” award on an individual in the public arena who has been a heroic advocate for the Armenian-American community. Past recipients have included U.S. Ambassadors Harry Gilmore and John Evans; U.S. Sens. Edward Kennedy and Robert Dole; and Massachusetts Gov. Deval Patrick.

The Diocese selected Akçam for the award because of his “history of courageous humanitarianism” and his “lifelong effort to reveal and defend historical truth of the Armenian genocide through his scholarship.”

“All of these things have done much to promote admiration, goodwill and affection for [him] throughout the Armenian-American community,” wrote Archbishop Khajag Barsamian, primate of the Diocese of the Armenian Church of America.

In recent years, Akçam has been honored with the Hrant Dink Spirit of Freedom and Justice Medal by the Organization of Istanbul Armenians, the Heroes of Justice and Truth Award from the Diocese and Prelacy of the Armenian Apostolic Churches of America and the Hrant Dink Freedom Award from the Armenian Bar Association. In 2006, he was recognized by the Commonwealth of Massachusetts for his outstanding work in human rights and for fighting genocide denial.

Akçam is the Robert Aram, Marianne Kaloosdian and Stephen and Marian Mugar Chair in Armenian Genocide Studies. He received his doctorate in 1995 from the University of Hanover, with a dissertation on “The Turkish National Movement and the Armenian Genocide against the Background of the Military Tribunals in Istanbul Between 1919 and 1922.”