A-mazing fact: First-ever labyrinth for observing rats was created at Clark in 1900 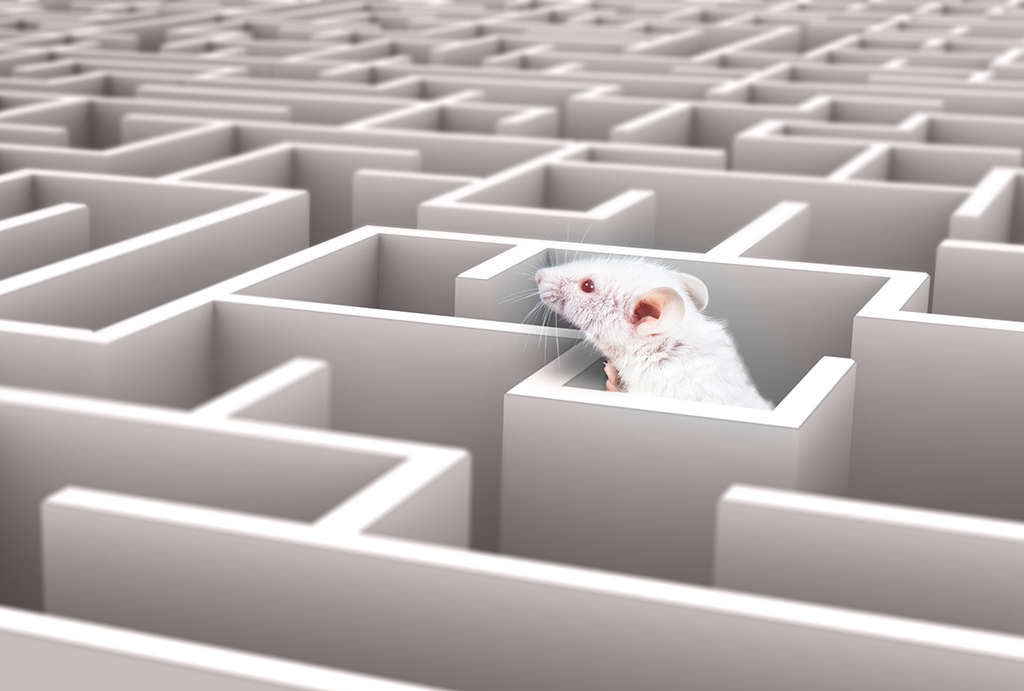 Who doesn’t take pride in learning that their college broke new research ground, even if the particular example of thought leadership involved the directional idiosyncrasies of rodents?

Two recent stories, in Slate.com and Monitor on Psychology, the publication of the American Psychological Association, credit Clark with being the birthplace of the rat maze, which was the brainchild of Edmund Sanford, Ph.D., and graduate students Linus Kline and Willard Small. Slate recounted that in 1900, Small, the lead researcher on the project, developed a contraption. It was “a platform about 6 feet long by 8 feet wide, covered with sawdust, and divided into galleries with walls of wire netting. [Willard] took the plan from a diagram of the hedge maze at Hampton Court [Palace in England], with an open space at the center, and six cul-de-sacs. The layout was selected with a natural setting in mind, he wrote, so that his experiments would be ‘couched in a familiar language of rodent burrows.’”

Every evening, Willard Small released two rats at a time by sliding open a glass door with a pulley. He would then observe the animals’ movements, “recording their every sniff and sojourn in his notebook, before leaving them to wander the maze for the rest of the night.” Soon after, other researchers had adopted the maze as a research tool. Small published his research, “An Experimental Study of the Mental Processes of the Rat,” in the January 1900 issue of the American Journal of  Psychology (which had been founded by Clark’s first president, G. Stanley Hall).

Is it mere coincidence that 70 years later Hollywood made a horror movie about an odd young man who commands an army of rats, and that the character’s name, as well as the movie’s title, was “Willard”?