The Write Stuff: Robert Goddard biography was the first book on the moon 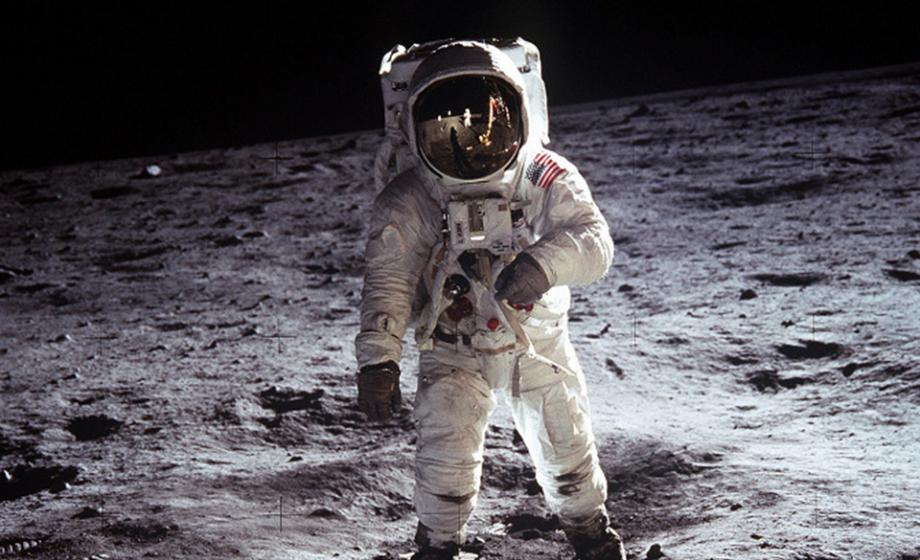 Such is the mileage on a credit card-sized book titled “Robert Hutchings Goddard — Father of the Space Age,” the autobiography of the rocket pioneer and longtime Clark professor. The handsome leatherbound tome with gold-leaf edging, acknowledged as the first book ever flown to the moon, is part of Clark University’s collection.

So how did it land here?

The story begins with Worcester publisher Achille St. Onge, who produced specialty miniature books that were typically about three by two inches in size, weighed only a few ounces, and fetched as much as $100 apiece at auction houses. Prior to the July 16, 1969, moon launch, St. Onge mailed astronaut Buzz Aldrin two copies of the Goddard book with a request that Aldrin take them to the moon with him, leaving one copy on the lunar surface and returning with the second.

In a September 26, 1969, letter to St. Onge, reprinted in the Summer 1971 issue of the Goddard Library newsletter The Goddard Biblio Log, Aldrin noted the books were flown to the moon aboard Apollo 11. Since the astronauts were not allowed to leave items on the surface, the volumes made the return trip to earth with Aldrin. He later gave a copy to Esther Goddard, the widow of Robert Goddard, who donated the book to Clark’s library. The book was presented in a frame with an American flag and an astronaut’s shoulder patch also taken to the moon.

The Biblio Log recounts the book’s journey in response to a March 1971 United Press International story that claimed the first book taken from earth to the moon was a copy of the Bible on microfilm, carried by Captain Edgar D. Mitchell aboard Apollo 14 in 1970. Because Aldrin had slipped the Goddard book into a pocket without thinking to inform NASA, the nonofficial cargo had not been recorded, hence the confusion. Eventually, the UPI reached Aldrin, who confirmed that Goddard’s autobiography made the maiden voyage with him. Aldrin reconfirmed the story in a conversation with CLARK alumni magazine in June 2011.

“Robert Hutchings Goddard — Father of the Space Age” is kept in a vault in the Goddard Library but can be viewed upon request.