Aedan Derrick ’26 came to Clark this fall, intent on studying environmental science. He wasn’t sure what to expect when he signed up for Navigating the Global Climate Crisis, one of more than 35 First-Year Intensive courses offered to incoming students.

With the first guest speaker, Geography Professor Karen Frey, an internationally renowned polar scientist and author of a chapter for the National Oceanic and Atmospheric Administration’s (NOAA) annual Arctic Report Card, Derrick quickly discovered that he and his classmates were not taking a typical first-year class. They would rub shoulders with well-known climate scholars from Clark, other colleges, and nonprofit organizations.

“Little did I know that this class was exactly what I was looking for when I came to college,” says Derrick. “I wanted to learn more from the experts in the field, learn more about what it takes to be a scientist, about networking and writing proposals, and about climate policy. And that’s exactly what the class delivered.”

As part of the class’s culminating project, Derrick collaborated with Matt Shea ’26 to present research on “Climate Change Adaptations of Major American Waterways” to those same experts at a group poster salon on Dec. 9 at the Graduate School of Geography.

“That was the coolest thing about the class — that you were getting access to the professionals in the field,” Derrick says.

The class was taught by Denise Humphreys Bebbington, research associate professor in International Development, Community, and Environment, and James McCarthy, Leo L. and Joan Kraft Laskoff Professor of Economics and director of the Graduate School of Geography.

As a Collaborative Course of  the New Earth Conversation (NEC), a campus-wide climate education initiative, students also attended NEC events and Council, facilitated by the Council on the Uncertain Human Future, which first began at Clark in 2014 as a national group of climate leaders and now is an international network.

“We designed this as a Clark Commons course, which allows students to explore all sides of a significant global issue and brings in speakers from multiple disciplines, from the humanities to international development to the physical sciences,” Humphreys Bebbington said. “It was an ideal format for exploring what is arguably one of the most pressing issues facing life on Earth today.”

The guest speakers led discussions on everything from global change observed via satellite to geoengineering, indigenous knowledge, global politics and governance, and climate change in fictional literature.

On Nov. 29, Justin Sylvester, a senior program officer in the Ford Foundation’s Southern Africa Office, provided insight into the most recent annual U.N. Climate Change Conference, COP27 in Sharm El-Sheikh, Egypt. He was joined by Anthony Bebbington, Ford’s international program director for natural resources and climate change and a member of the National Academy of Sciences and American Academy of Arts and Sciences, who attended last year’s COP26, in Glasgow, Scotland. The COPs — Conferences of the Parties — are annual meetings of signatories to U.N. agreements.

Bebbington — who is on leave as Higgins Professor of Environment and Society and professor of geography at Clark — recalled Clark researchers’ longtime involvement with the Intergovernmental Panel on Climate Change (IPCC), the United Nations’ international body for assessing the science related to climate change. IDCE Director and Professor Ed Carr — who also visited the class as a guest speaker — was a lead author of a chapter in the IPCC Working Group 2’s Sixth Assessment Report, released in February.

The last class featured a panel of young alumni and scholars, all of whom have applied their activism to professional careers:

A co-founder of Professionals of Color in the Environment in Massachusetts, Narayanan encouraged students “to think critically about the organizations you are working for. Do they match with your values and are they bold enough to tackle the hard questions? I never again want to work for a place again that says something to me like, ‘Climate change doesn’t warrant emotions’ or ‘What does social justice have to do with environment?’”

“We don’t just want you to learn about climate change. We titled this class ‘Navigating the Global Climate Crisis’ for a reason,” Professor McCarthy said when introducing the alumni. “We have tried to emphasize throughout the semester that there are paths forward. There are things that can be done, there are things that should be done, and there are people doing them.”

Clark’s Graduate School of Geography is hosting a special celebration of its 100 years as a transformational force in geography, April 13–15. Learn more about the centennial event and how to register for the luncheon, dinner, and receptions.

What happens at the COPs?

In the Nov. 29 class, Geography Professor Anthony Bebbington and Justin Sylvester of the Ford Foundation two provided their insight into the U.N. Climate Change Conferences, known as COPs.

A deep dig into the extractives industry

Extractives. To many people, the word might elicit a wide range of connotations. But in the world of environmental science and international development, extractives — typically referring to the oil, gas, and minerals removed from the earth — signify an industry with significant, often irreversible, impacts across the world.

Geography Professor Anthony Bebbington, international program director for natural resources and climate change at the Ford Foundation, breaks down the role of extractives in community development and environmental discussions. 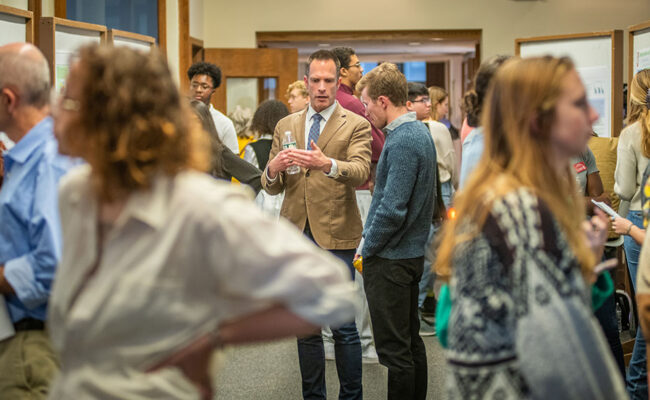 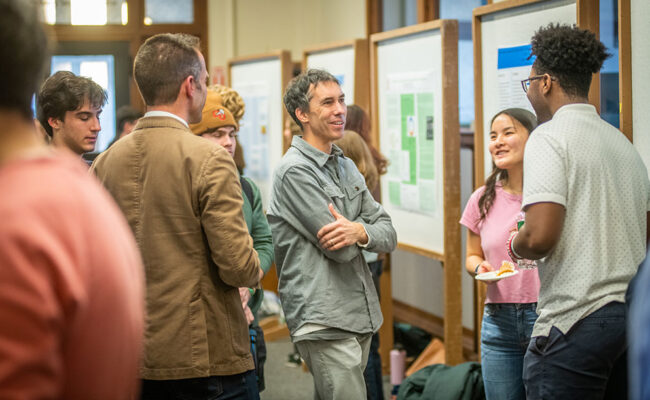 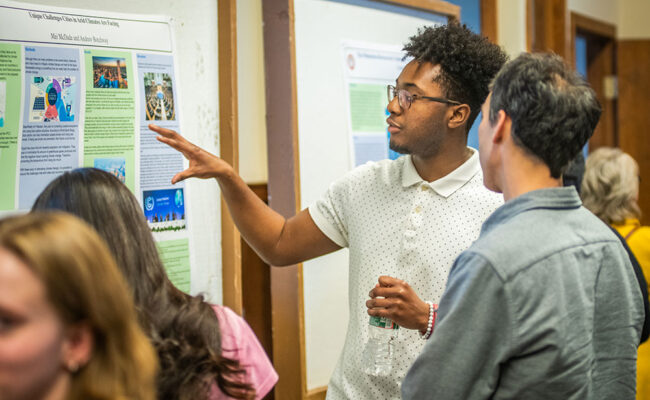 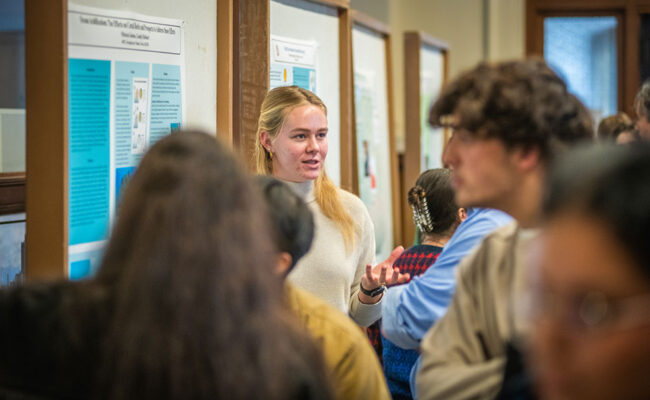 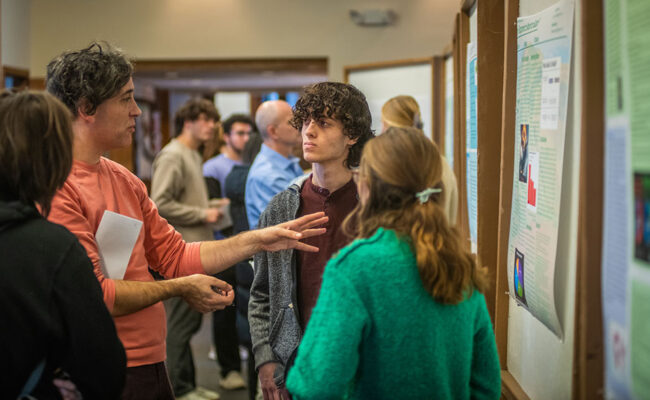 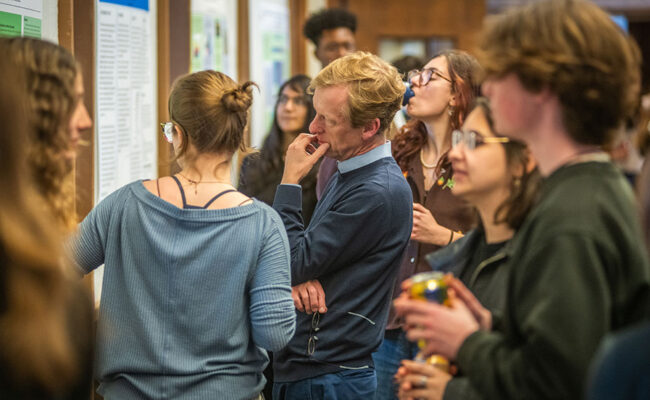 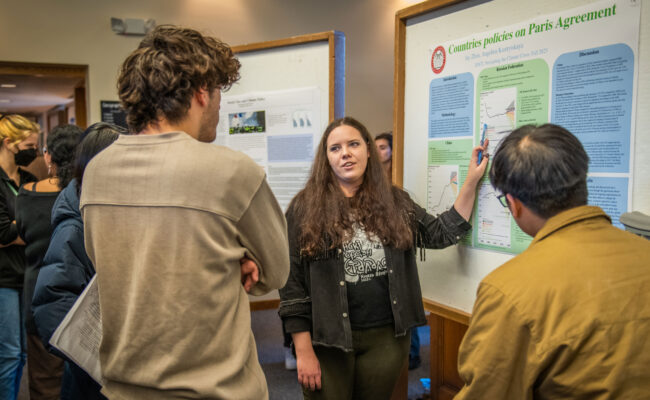 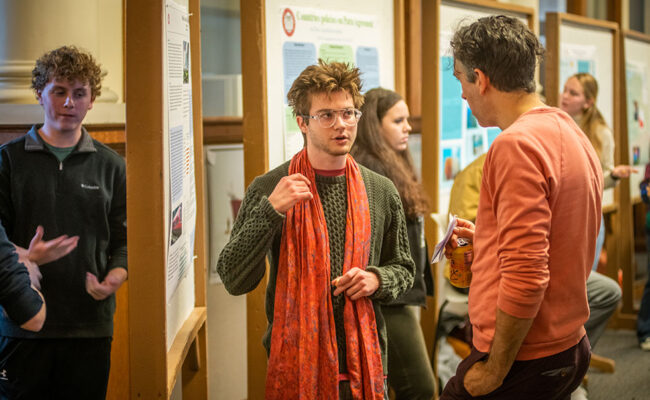