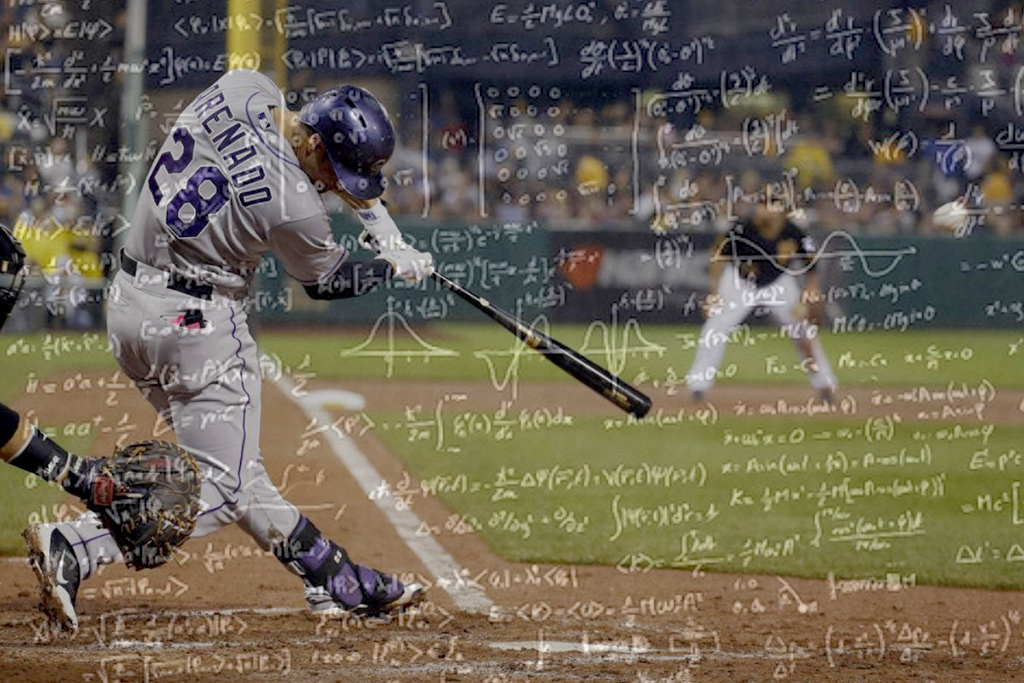 Over the course of the semester, Satz’s students have been analyzing and better understanding their favorite sports through data-driven evaluations and predictions. It’s an approach that has become pervasive in professional sports in the last 20 years, thanks largely to the influence of Bill James, who popularized the brand of baseball statistics known as sabermetrics. James’ work was memorably dramatized in the 2011 movie “Moneyball,” starring Brad Pitt.

Satz says Introduction to Sports Analytics emerged by combining his expertise in statistics and math with his love for sports. The course takes advantage of the timing of professional sports seasons in the U.S., tracking with the end of baseball and the beginning of basketball, but incorporating other sports as well. Students are free to choose any sport they want as the basis for their final project.

“One of the good things about doing statistics in a sports setting is that the data is free,” Satz explains. “It’s public, it’s instant, and with thousands of people watching, it’s indisputable.”

While Satz says the substance of the course often resembles engineering and accounting as much as math, some interesting theoretical concepts are covered. One, called the “Pythagorean estimate for wins,” demonstrates that a baseball team’s winning percentage can be calculated fairly accurately by the number of runs it scores and allows.

“We computed it for a lot of the teams,” he says, “and we’re within a couple of wins — maybe four or five off at most!”

Satz says the Bill James stats-heavy approach to baseball revolutionized how payroll decisions are made by assigning a mathematical value to how much of a team’s wins can be attributed to an individual player, a value known as the player’s win share. “The idea is that every run scored in baseball can be attributed to one or two or three players. Somebody gets on base, another guy drives them in. … If you can tie players to runs, and then you can tie runs — through an accurate theorem — to wins, you have a map for attributing wins to players individually and for ranking players. Before, it was just home runs and batting averages.”

Similar formulas exist for determining “win shares” for other professional sports as well. Students in the class studied individual teams and compared payroll to win shares, looking at which players are overpaid or underperforming. Satz likens this to the work being done by dozens of analysts and statisticians who work full time for professional sports teams.

In fact, some students have made connections with these professionals as part of their project work. “There’s been some really great engagement with students embracing the course and reaching out to professionals in the field, and actually hearing back from them with good outcomes,” he says.

For students who want to continue working in sports statistics, Satz recommends that they continue studying math, data, and computer science, and keep learning how to write and think critically. With new methods of analyzing statistics as well as new kinds of statistics emerging with advances in camera technology, it’s an ever-growing field.

For all of the science and analysis involved, Satz says he can still enjoy the games as a fan. If anything, his expertise has deepened his appreciation. “I think of it almost like a vocabulary that helps us better understand what other analysts are saying.”