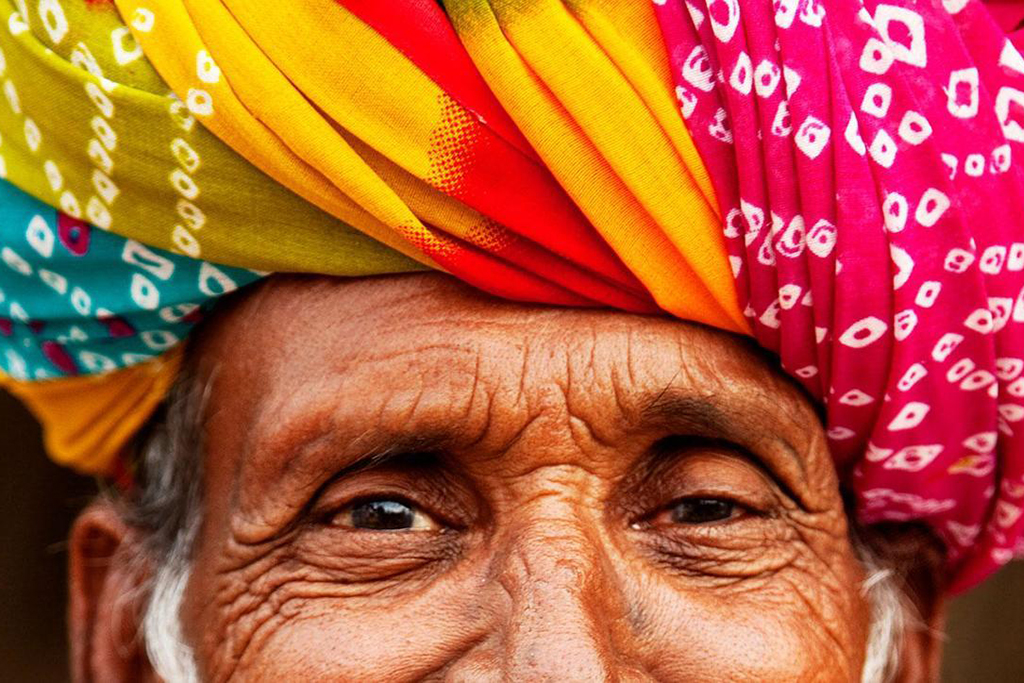 Rajasthani turbans. Candy wrappers. Violin strings. What do these things have in common? The physics behind their twisted shapes can be explained using a theoretical framework developed by physics Professor Arshad Kudrolli’s research team.

In “Tensional Twist-Folding of Sheets into Multilayered Scrolled Yarns,” an article in the journal Science Advances, Kudrolli and Julien Chopin, a former post-doctoral researcher at Clark, describe how they applied the principles of simple origami to expand and deepen research that explores how sheets of material can be transformed by twisting and stretching — without breaking. Their research could benefit a wide range of practical applications, from wearable electronics to artificial muscles to solar sails.

“The questions we ask are: How much can it twist and bend?” Kudrolli explains. “If I twist and bend it in a certain way, is it always crumpled, or is it completely disordered, or can I make it transform in a very ordered way that I can predict? How does it depend on how stiff the material it is — how long it is, how wide it is, how thick it is?”

Kudrolli’s research team found that by applying just a simple twist, a flat sheet of material can “self-organize.” “We can create these intricate three-dimensional structures by controlling forces only at the edge of the sheet.” Using the “rules” they describe in their article, “these structures can be predicted simply based on overall knowledge of the sheet dimensions. With hyperelastic sheets, we can also undo the structures without damaging them, and create new ones by simply varying the applied constraints.

“As a physicist, I’m showing you the possibilities,” he says. “Who knew that if you took a plastic sheet, and you twisted it, it would create these simple structures, and if you kept twisting it, it would form some sort of yarn?”

Kudrolli seeks to extend this research so that simple objects could be transformed into complex shapes, even from a great distance. “Self-assembly is the idea here,” he suggests — a solar sail, for instance, that unfurls aboard a space shuttle.

To understand these complex configurations, the researchers have relied on a simple model — origami — to simulate the folding and twisting of shapes. Over several years, they have documented thousands of scenarios via X-ray imaging. Amit Dawadi, a doctoral student, continues this work today, varying the scenarios — using thicker material or different ratios, for example — to capture and analyze data.

The images lead to more questions, Kudrolli says: “How can you predict what shapes you get? How much force do you apply in twisting shapes? Under which conditions is [the material] going to deform and change its shape? Is it going to break randomly or break in a systematic pattern?”

By twisting material even more, the researchers seek to increase torque and compact and collapse the resulting structure further. This physical phenomenon — the turbulence occurring in twisting — can be observed in the draining water that swirls from a bathtub.

“What is novel about our study published in Science Advances is that we found if you take this sheet and you twist it, it remains ordered much further than we imagined,” he says. “Not only that, you get ‘programmed’ shapes by using these transformations that we were able to observe by using twists. In other words, we can predict where and when the sheets fold and the ordered shapes they will transform into.”

Besides a solar sail in space, the physics behind this twisting could be applied to harvesting energy, according to Kudrolli. An object hanging on a wind turbine — twisting and untwisting — has the potential to be used as a coolant or electricity generator. Similarly, yarn could be woven into clothing, allowing users to charge their cell phones. Scientists also are applying this knowledge to the medical field, including in the development of artificial muscles.

The Science Advances article continues a thread of research that Kudrolli has pursued for nearly two decades. The image used in his 2005 Physical Review Letters article, “Geometry of Crumpled Paper,” with Daniel Blair, Ph.D. ’14, depicts what looks like the Grand Canyon but actually is a crumpled sheet of paper with peaks and valleys enhanced by using a laser-aided topography technique.

“The Earth’s crust is a thin sheet that is getting pushed and pulled because of the flow of magma below, which creates mountains and valleys. The creation of the Grand Canyon mainly involves erosion because of water flow, a different mechanism,” Kudrolli says. “If you ask me as a physicist why am I crumpling a piece of paper, I would answer: ‘How can you describe the folding of the Earth’s crust in the same way you are pushing or crushing a piece of paper? At what level are they the same or different?’”