Between the pandemic and construction, it’s been three years since audiences were welcomed into Clark’s Little Center to see a show. But that will change on Thursday, Nov. 10, when the Michelson Theater reopens its doors to the next stage of student performances.

The newly renovated theater reopens with a four-performance run of Stephen Sondheim’s “Assassins,” which gathers together the people who have assassinated, or attempted to assassinate, U.S. presidents throughout history. The killers range from the well-known — John Wilkes Booth and John Hinckley Jr. — to the obscure — Charles Guiteau, who killed James Garfield, and Giuseppe Zangara, who attempted to kill Franklin D. Roosevelt.

Professor Kevin McGerigle directs a cast of nine Clark students in the Tony Award-winning musical, which was selected to honor the late Sondheim, whose dedication and inspiration changed modern theater as we know it, and to prompt critical thinking about violence in our society.

“I wanted to make sure we had something to say as we open our new space — to set a tone that our work will not just be an escape, but a commentary,” McGerigle says.

“Assassins” questions how we interpret the tragedies and near-tragedies that punctuate our nation’s history, he says. As the characters interact and their stories play out, their motives become clearer: They insist they’re acting against political and social injustice. They’re desperate to turn their anger against the powerful. They crave attention. And, in one case, they’re ignited by misguided idealism.

As the subject matter challenges theatrical and societal convention, the production does as well, by incorporating audience participation into the performance — which McGerigle says creates a bond between audience and cast.

This is the first time Clark first-year students and sophomores have been able to attend a show in Little Center because of the construction, and McGerigle is looking forward to expanding the Clark theatrical community.

He’s also glad to be making use of the updated technology in the renovated Michelson Theater, including “intelligent” lighting and LED screens, which has let him bring his vision to life in ways that were previously impossible. The “Assassins” tech crew includes more than a dozen Clark students.

“Assassins” runs from Thursday, Nov. 10, to Sunday, Nov. 13, with all performances at 7:30 p.m. Admission is free with a college ID, or $5 for the general public. Reserve tickets now. 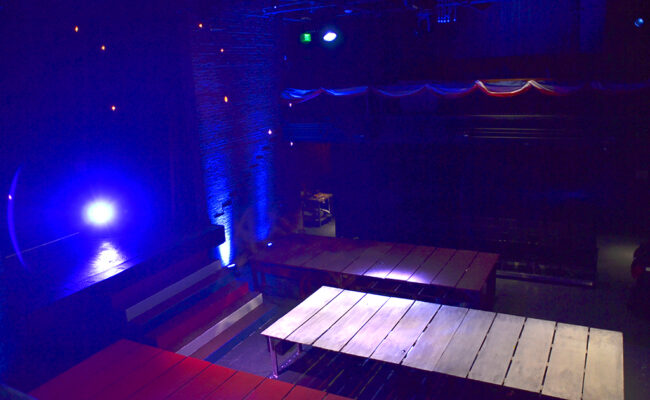 The stage is set for “Assassins” 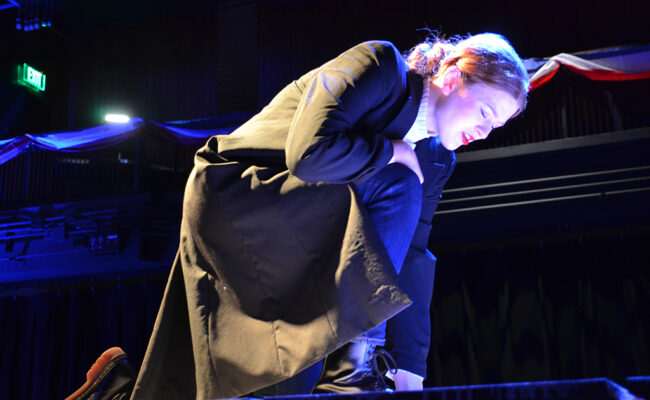 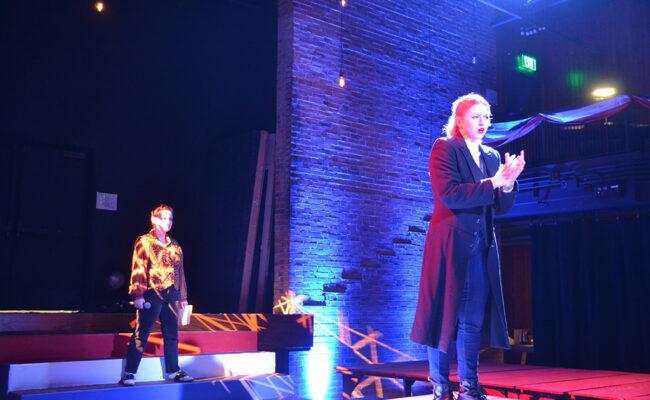 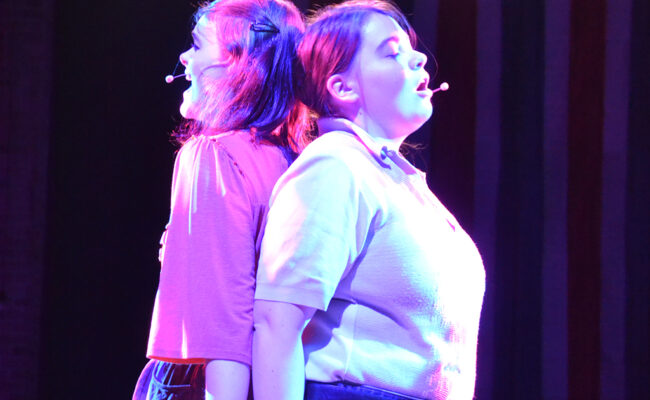 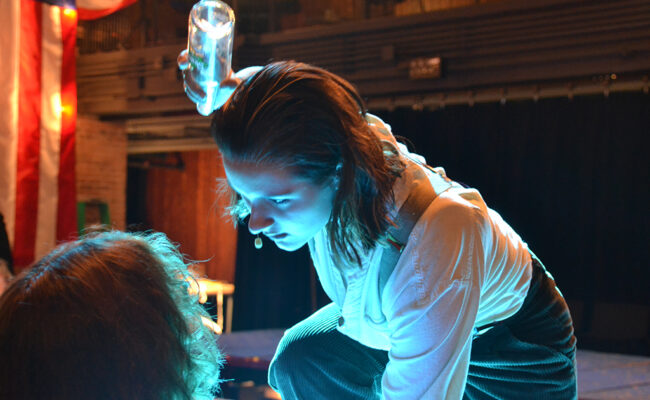 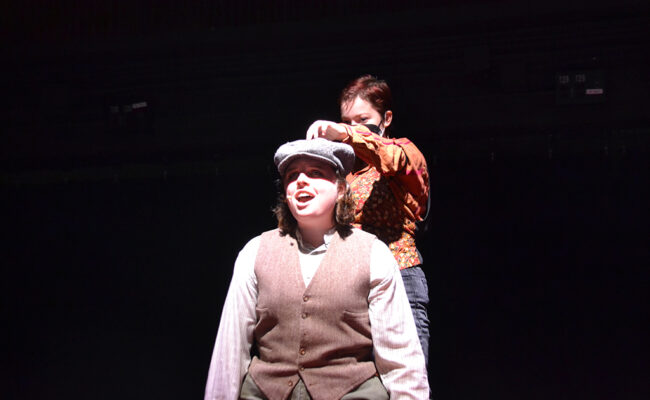 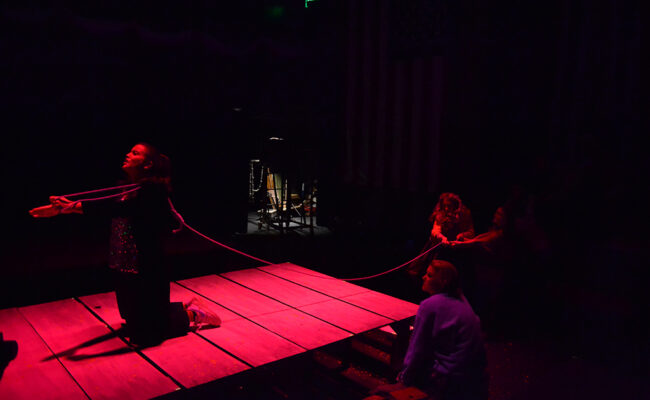 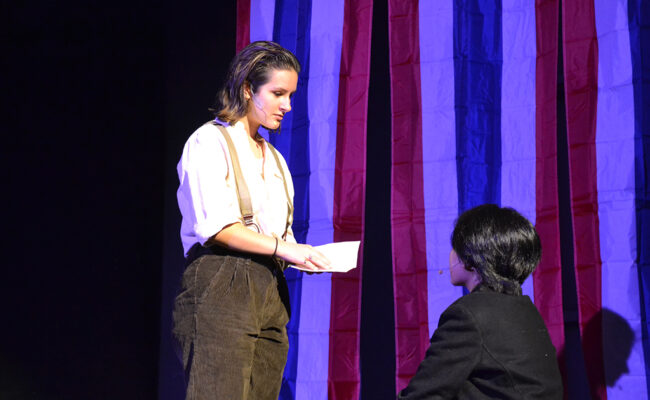 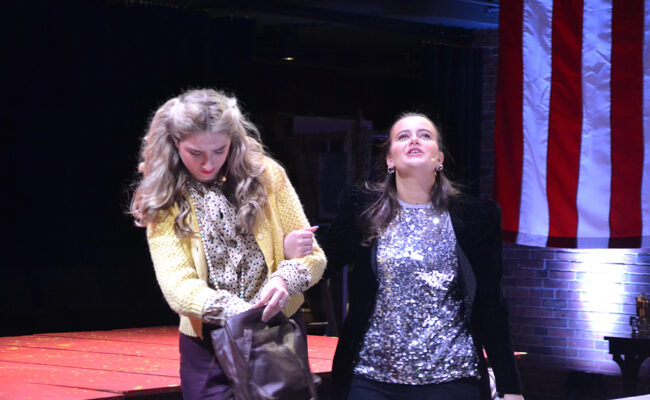 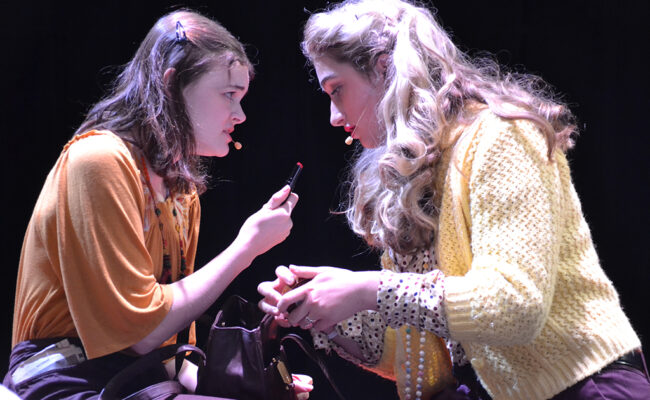 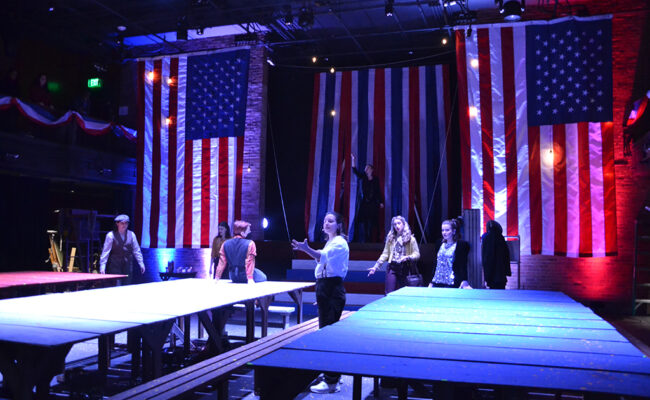 Clarkies are invited to cross a cosmic sea