‘Fear of the other side often gets democracies into trouble’ 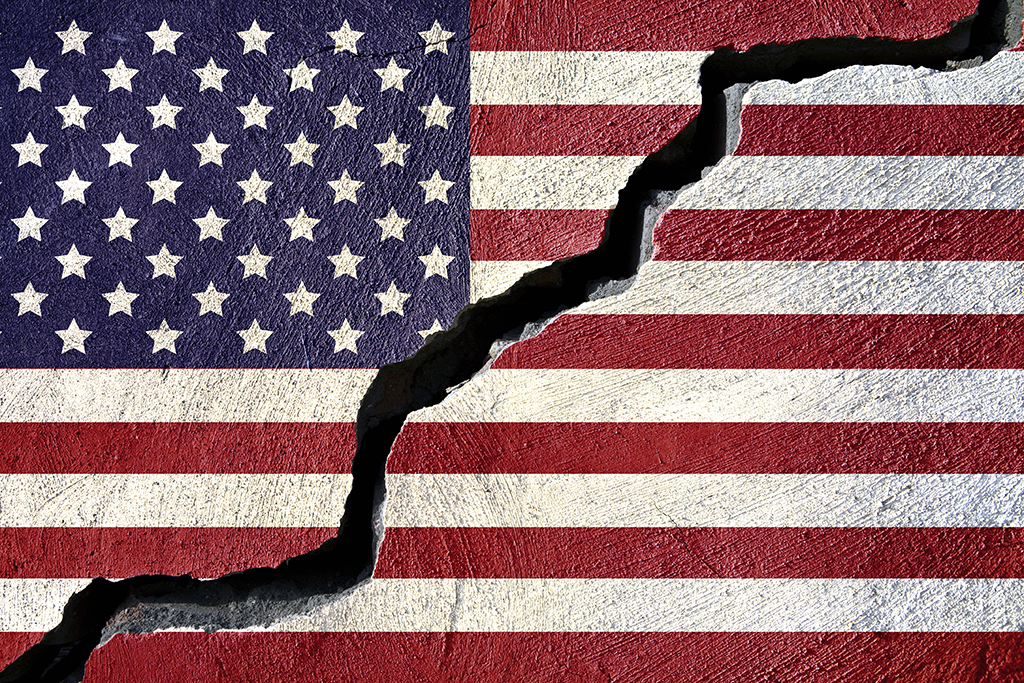 In 2016, while facing off with Hillary Clinton in a presidential debate, Donald Trump said that he might not accept the election results if he lost. The candidate’s brash admission inspired Harvard political science professors Daniel Ziblatt and Steven Levitsky to write an op-ed in The New York Times with the headline, “Is Donald Trump a Threat to Democracy?”

Ziblatt and Levitsky expanded their thesis into the bestselling 2018 book “How Democracies Die,” in which they draw on 20 years of research to chronicle the demise of liberal democracies in Europe and Latin America and offer chilling parallels to the steady and intentional erosion of democratic ideals in the United States.

Watch the Livestream of the Presidential Lecture »

The author recently took time to talk about his upcoming lecture and some of the key themes that emerge in his book. The interview has been edited for length and clarity.

What will be the focus of your Clark lecture?

I’m going to talk about how on the one hand, American democracy has a lot going for it, but on the other hand, has threats facing it that are much worse than we actually thought. They’re being driven by polarization and radicalization. I’ll end by saying what can be done to address these concerns — not just diagnose the problem but propose ways forward.

Why did that 2016 debate motivate you to write the initial New York Times op-ed?

One of the hallmarks of democratic breakdowns is someone not abiding by democratic rules, like accepting election results. There was a great temptation to say these were just words, but I think one of the things we were concerned about is that words often lead to actions. What led to [the] January 6 [Capitol insurrection] was the refusal to accept election results, so in a way, we were warned. At one point when we working on the book back in 2017, we kept asking, “What if everything gets normalized [before it publishes]?” Little did we know.

What has been the reaction to your book?

When people started appearing on news shows and using our vocabulary from the book — terms like “guardrails” and “gatekeeping — we began to realize this was a measure of its impact. You can’t really ask for more than that as a scholar.

The book has been recommended by Barack Obama, Joe Biden, the president of Germany, the prime minister of Greece, and the head of the opposition in Brazil. It speaks to people in multiple countries. So as a political scientist spending most of my career writing things nobody reads, not even my parents, it’s been pretty rewarding.

You write about “forbearance,” the idea of acting with self-restraint, and “mutual toleration,” accepting the legitimacy of your political opponents. How far have we gotten away from these ideals?

We see this a lot — not just in the U.S., but in any place where democracy is in trouble. Each side is so scared of the other side — or each side is so ambitious — that they play everything to the max, which unleashes a downward spiral.

Authoritarians throughout history and in modern times have periodically displaced democratic governments. Why does the public seemingly accept this form of rule?

Two things drive it. Even if you have some commitment to democratic norms, if you fear you are going to lose power or fear the other side will destroy your way of life, you will go to any lengths necessary to prevent the other side from gaining power or holding on to power.

Also, the notions of democracy are somewhat amorphous in a lot of people’s minds, so some people can reconcile what’s happening with what they think of as democracy. But if they use that as an excuse to attack Congress in the name of protecting democracy, we can’t give them a pass. Using violence in a democracy to gain power is not democratic.

You also write about how, for generations, African Americans were excluded from the practice of democracy, which served as an ugly sort of compromise to keep the peace between the parties.

Fear of the other side is often the thing that gets democracies into trouble. Early 20th-century society in America was dominated by all white men. Democrats and Republicans really weren’t that different on several key questions, and it was easy not to think of the other side as an existential threat and easy to be tolerant if the other side looked like you. When other segments of the population — nonwhites and women — were excluded, this club of politicians and voters treated each other with respect. The paradox is that this kind of tolerance is necessary for democracy, but it was born in a highly undemocratic political system.

Post-1965, America is more diverse and more democratic. Some people saw these changes as a threat, and it became harder to sustain the norms of mutual toleration. Sustaining those norms in a society as diverse as ours is the challenge and opportunity facing American democracy. The U.S. could be a model for the rest of the world if we get this right.

Are you optimistic that we can sustain our democratic ideals?

I think democracy is much stronger than we think it is. We’re not like other countries that have experienced democratic backsliding, like Hungary or Turkey, because we have very strong democratic opposition, robust media, and a strong rule of law. With all that said, we are facing a serious threat when one of two political parties does not accept election results. It makes every national election feel like a national emergency: If the other side wins, then what’s going to happen? The way to proceed is to take the threat seriously while also understanding the sources of resilience in American democracy.

What’s next for you?

Steven and I are working on a follow-up book, tentatively titled “Tyranny of the Minority,” due out in fall 2023. We’ll push further on the kinds of reforms we think are necessary to address the concerns.

U.S. democracy is fraying, but can it be preserved?