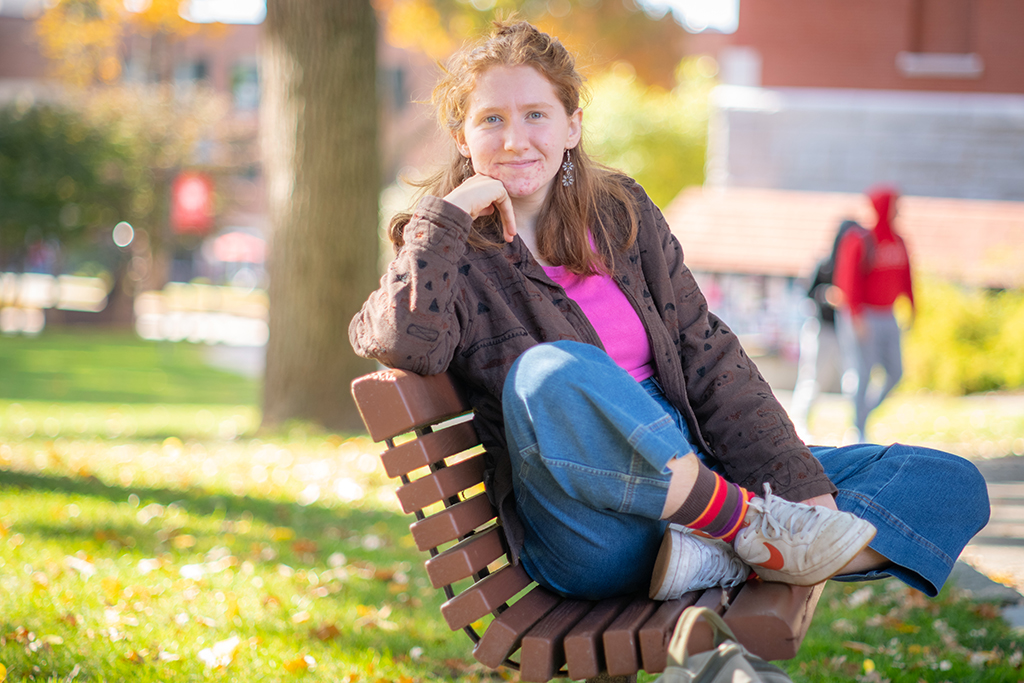 For more than half a century, young people in New York City have come to The Door to access a range of critical services, from college advising and internship programs to housing, health, and nutrition. Anyone aged 12 to 24 can become a member — they just need to show up. And this summer, they might have been greeted by Na’ama Sarfati-Magill ’23.

With the support of a Barth Internship Award, Sarfati-Magill served as an intake counselor at the nonprofit. She welcomed young people and told them about the organization’s many services and programs.

“The goal of the conversation was for me to learn about them,” Sarfati-Magill says, “but we emphasized welcoming that person into the space, making them feel comfortable, and validating their experiences.” The aim was not to step in and fix their problems but to empower them to access the services they need. There’s a reason young people at The Door are called “members,” not “clients.”

On any given day, new members may arrive needing help with legal issues, résumé writing and job searches, food insecurity, and housing. The Door even offers programs in music, art, and dance.

“It’s a very diverse membership base,” Sarfati-Magill explains, “inclusive of people with different identities, and it’s a safe space for queer and transgender folks who might not be able to be themselves in their home environments.”

When she began at Clark in 2020, Sarfati-Magill wasn’t sure where her academic path would lead. But her advisers, including psychology Professor Johanna Vollhardt, as well as insightful courses like Critical Approaches to Youth Development Work, helped her refine her interest in youth work and allowed her to focus less on her own long-range plan and more on the present and near future.

“Youth participatory action research is a big part of youth work,” she says. “It’s research with, rather than research on, young people and people of marginalized communities. It’s about valuing young people, their knowledge, and skills.”

As part of the Barth Internship Award, Sarfati-Magill was able to engage with Clark psychology alums, including Sandra Abrahamson ’68, who enjoyed a career in nonprofit and community development. “It was nice to connect with another Clarkie, both in terms of her career path and just talking about Clark,” she says.

Outside of the classroom, Sarfati-Magill is a volunteer with Main IDEA at Clark and the Community Garden, and serves as a peer mentor.

Along with her internship this summer, Sarfati-Magill worked in a lab at the New School’s Center for Attachment Research, which focuses on psychological attachment theory and parent-child relationships. “I was excited to be dipping my toes in both the research and nonprofit social work world — I’m interested in both.”

Looking ahead, she may pursue an accelerated degree in Community Development and Planning. “Coming out of this internship, I could see myself getting a master’s and maybe working for an organization like The Door. I want to interact with people and do meaningful work.”