With her father as inspiration, Clark senior plunges into study of Caribbean immigrants 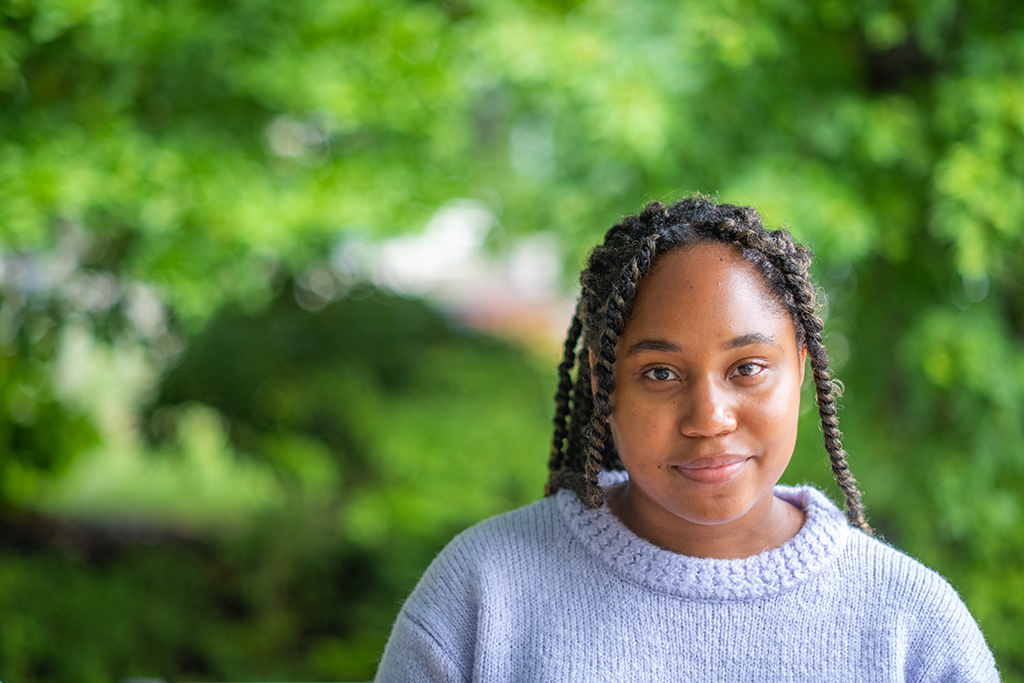 Crissan Clayton ’23 was 10 years old when she immigrated with her father to the United States from Jamaica. The adjustment was difficult for both of them, but over time, Clayton came to realize that her father faced challenges that were unique to him, particularly as a parent immersed alongside his child in an unfamiliar setting and culture. His response to those challenges supplied the inspiration for her LEEP Fellowship project, which draws attention to the mental health issues facing parents from Caribbean countries and assesses the community resources available to assist them.

Clayton, an economics and psychology double major, launched her study this summer with a survey of Caribbean immigrant parents of children ages 5–18, tapping into her own connections in Boston’s Caribbean immigrant community and through social media. The survey is assessing the respondents’ experiences in the U.S., reasons for their immigration, the impacts that immigration has had on their relationship with their children, and whether they access outside mental health resources, such as those provided by the YMCA and the Boys and Girls Club.

To date, more than 100 immigrants from Jamaica, Haiti, and Trinidad and Tobago have responded. Clayton will follow up this fall with a series of one-on-one interviews with parents, children, and community providers to delve more deeply into the issues raised in the survey.

Clayton draws on existing literature and empirical studies on immigrant children and their families, as well as her own experience, to illuminate many of the responses to her questions. Often in immigrant families, she notes, proficiency in a new language may force the child to take the lead in navigating everything from paying the bills to mastering new technologies, things she did for her father after they moved to Brockton before settling in Boston.

“The relationship can become strained when the child takes on more of a caregiving role for the parent,” Clayton says. “The result can be resentment and a lot of miscommunication.”

It’s not uncommon for a child to have a cleaner path to assimilation than their parents because they have the advantage of being exposed to new cultural norms and language through school, she says. By contrast, the parent often plunges directly into a work setting to provide for the family and doesn’t have the advantage of a more gradual adjustment period.

One finding that has surprised her is that most survey respondents do not expect their children to express gratitude for bringing them to the United States. “The parents just want to give their kids a better life and don’t expect anything in return,” she says.

Clayton, who is being advised on her project by Professor Ana Marcelo, is exploring the cultural factors that traditionally inhibit Caribbean immigrants from seeking assistance with mental health issues. A wide majority of survey respondents replied “no” when asked if they would ever consult a therapist.

“There is a stigma in our culture to seeking out help,” she says. “You don’t want to feel weak in your new country, and you want to have some control over your life.”

Clayton is curious to learn more about the resources that community-based organizations make available to immigrant populations, and hopes to explore ways they can be improved.

‘You're influencing a whole system’