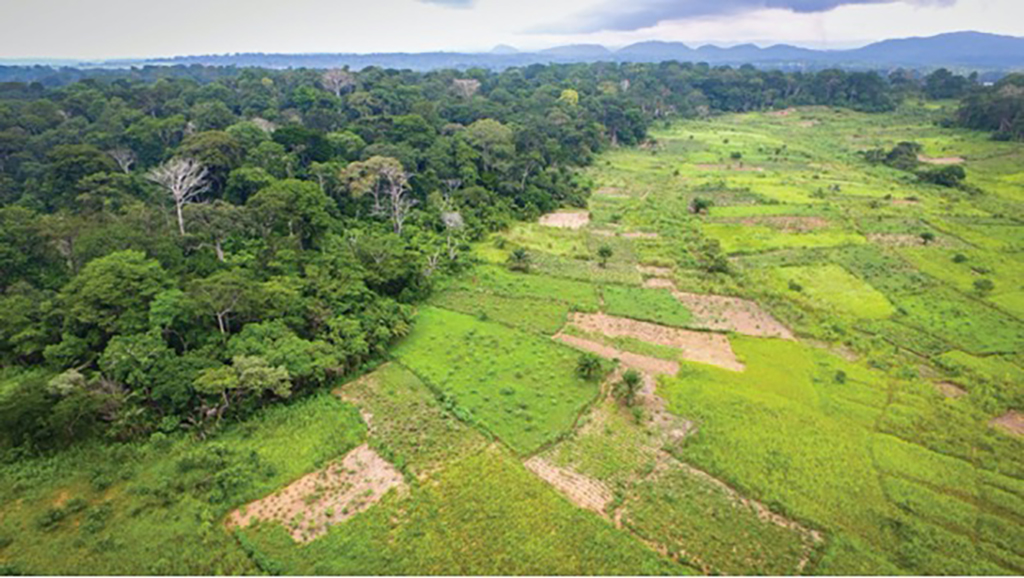 As the world sees increases in both population and climate-induced food insecurity, the pressure mounts to expand agricultural lands to feed a hungry planet. But expanded farming can escalate biodiversity loss.

A recent BioScience article, “Can Countries Expand Agriculture without Losing Biodiversity? Weighing the Options for Feeding a Growing World,” explores how farmers and researchers are seeking to overcome this confluence of challenges by using sophisticated models to determine which lands to farm and which to preserve — and comparing and selecting from various scenarios.

One of those approaches entails models, such as a land-use model called agroEcoTradeoff, which was developed at Princeton University by Lyndon Estes, now associate professor of geography at Clark University, and his colleagues. He first published his model in a 2016 article in Philosophical Transactions of the Royal Society B, “Reconciling agriculture, carbon and biodiversity in a savannah transformation frontier,” using the example of Zambia — where food needs are expected to triple by 2050 and tough decisions will need to be made between expanding agriculture to meet that demand while minimizing ecological losses as well as the impact that agriculture has on climate change.

“The model is designed to find tradeoffs between agriculture and conservation, including total converted land area, carbon loss, biodiversity loss, and transportation costs, to help you determine where you can develop new agricultural land with the lowest possible cost in terms of biodiversity and carbon loss, with minimal sacrifice to agricultural potential,” Estes explains. “This type of model allows conservation organizations, government agencies, and land use planners to balance the costs and benefits of agricultural expansion by varying the weights (an indicator of preference) they place on each of the four land use objectives.”

The BioScience article illustrates how Estes’ model is being put to the test along with other indices, with the aim of assisting decision-makers. His former colleague, Christopher Crawford, who recently completed his Ph.D. in Science, Technology, and Environmental Policy at Princeton University, ran Estes’ model and four other biodiversity indices, arriving at very different scenarios through which to expand agricultural lands in Zambia, which varied depending on how the biodiversity indices were constructed. A relatively small change in how indices are constructed can lead to major differences in which areas of land the model identifies for conversion.

“As Crawford found, models need to be used carefully because the ways you measure the types of benefits are really critical,” Estes explains. “It really comes down to what you put into the model — it needs high-quality, accurate geospatial data that the model users (the decision-makers) understand and accept as valid representations of reality. Unfortunately, such data typically do not exist, and must be developed, which is what we spend most of our time doing.”

Estes’ Agricultural Impacts Research Group focuses on understanding the drivers and impacts of agricultural change, using the tools of geospatial analysis, remote sensing, and simulation modeling to develop the supporting data and analyses.  The work described in the BioScience paper was supported by grants from the National Science Foundation, NASA, and the Norwegian Aid Agency.