First-year students have a story to tell — many of them, in fact 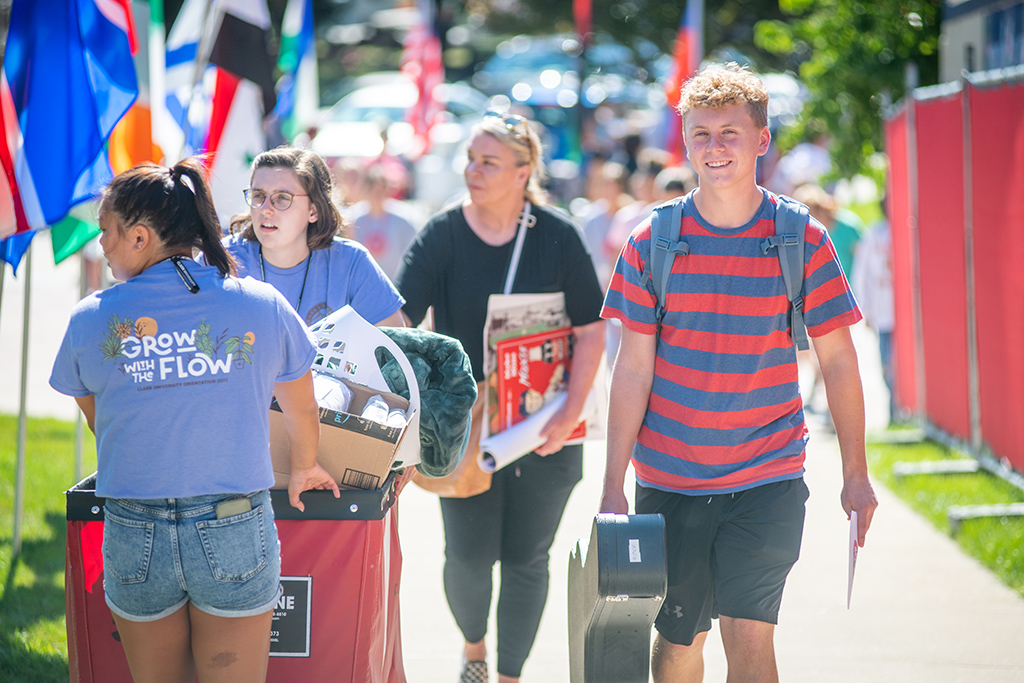 When considering the incoming Clark University Class of 2026, the numbers tell an impressive story:

But the numbers don’t tell the whole story.

The Class of 2026 includes students who are creative and compassionate, competitive and entrepreneurial.

An incoming Clark student co-founded a nonprofit that 3D-prints prosthetic hands for children in Haiti. Another sews historically accurate colonial and Victorian gowns and partners with local museums to give public presentations about historic fashion. At age 15, one student started a literary magazine.

The newest Clarkies boast an array of honors and titles. A student appeared on the Gordon Ramsey show “MasterChef Junior”; another competed on the Belarus National Gymnastics Team.

The first-place winner of the World Flower Show in Ireland is coming to Clark. Another first-year student finished third in the Spikeball National Championship Tournament, and hopefully will be showing off their expertise on campus this year.

About 90 members of the Class of 2026 have indicated an interest in interactive media and design. This is the first group that can enroll in the Becker School of Design & Technology at Clark program as first-year students since Clark launched the program last fall.

The first-year students have a lot to look forward to this semester, from the renovated Michelson Theater to choices in the dining hall to the expanded and reimagined Office of Identity, Student Engagement, and Access (formerly the Office of Multicultural and First Generation Student Support) that will deepen our students’ sense of belonging, especially for the BIPOC, first-generation, and LGBTQIA+ communities at Clark.

Students aren’t the only newcomers to campus. The University is also welcoming new faculty across a range of disciplines and research areas encompassing subjects as varied as the weaponized legal language of the Salem Witch Trials, the use of augmented reality in urban environments, and the evolutionary forces in the natural world that give rise to biodiversity.

In a survey for incoming students, the newest Clarkies wrote that they feel a mixture of excitement and nerves about starting the next chapter of their lives. One student is looking forward to a “fresh start where I will be able to discover new interests and passions.” Several wrote that they’re eager to explore a community of diverse students.

“Clark encourages you to take intellectual risks, celebrates differences, and values the strength of multicultural voices,” one student wrote. “I cannot wait to be a part of Clark!”