Sultan Doughan was born in Germany after her parents had migrated from Turkey as guest workers. But throughout her childhood, her peers and teachers considered her a foreigner. 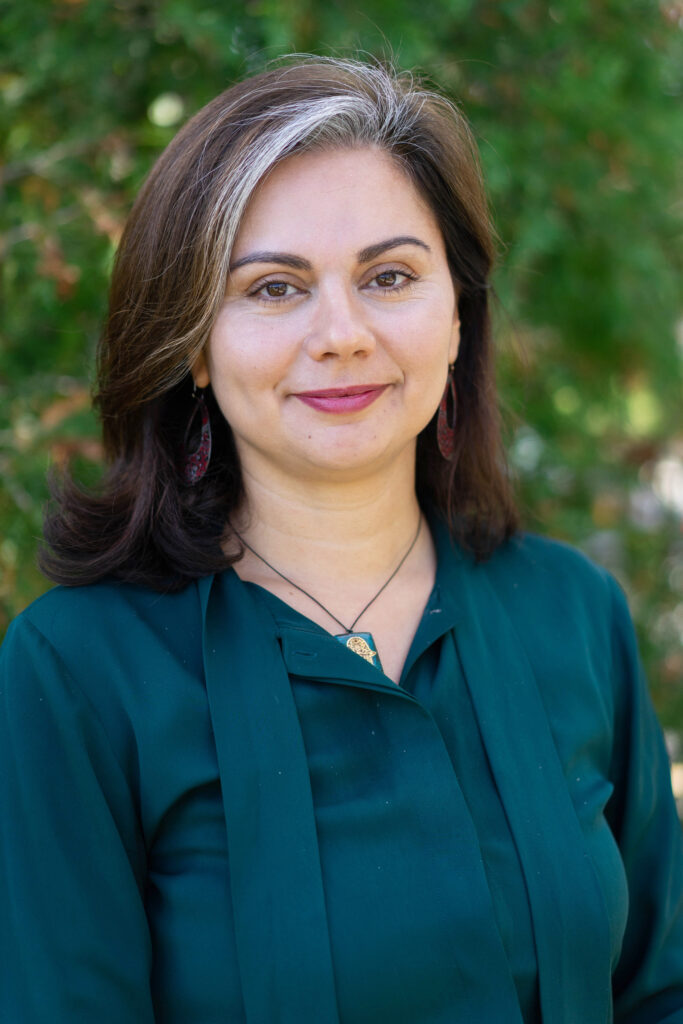 “My teachers could say really mean and racist things to me, when speaking about Turks, but then be taken aback when we talked about Jewish victims and what happened during the Holocaust,” she recalls. “I sometimes wondered how it was possible that the same teacher who was sensitive to racism in its genocidal form could be so excluding toward me and others in class, just because we were not ethnically German.”

Doughan recalls watching a two-part feature film about Anne Frank when she was about 7 years old and walking away with many questions about Jews in Germany. In school the following Monday, Doughan’s class talked about the film, but she only heard stories about how ethnic German families suffered during World War II. It wasn’t until the end of middle school that class discussions dealt more explicitly with the mass killings of Jewish people in concentration camps.

Today, Doughan, the Dr. Thomas Zand Professor in Holocaust Pedagogy and Antisemitism Studies at Clark’s Strassler Center for Holocaust and Genocide Studies, examines how contemporary societies think about and relate to past genocides, particularly because the mechanisms that often contribute to genocides can be subtle and incremental. Her own childhood experiences of ostracization and discrimination are embedded in her research and teaching.

“Categorizing certain people as a certain race or ethnicity — allowing them to gain access to citizenship or not — is indicative of the mechanisms that can build up and turn genocidal over time,” she says. “In my research, I look at how current European liberal democratic societies treat their minority populations after the Holocaust. There might not be a genocide lingering now, but some of the earlier mechanisms surrounding the assimilation of Jews and minorities, or considering non-Christian minorities as not fully European, still exist.”

Forms of racism and antisemitism change through time, she says.

“Today, no one would say if you have a certain skull structure, skin color, or facial features that it means you’re feeble-minded. That was scientific racism,” Doughan says. “But there are other mechanisms of exclusion. What I find is that stereotypes and enemy images can shift depending on political times and narratives. Some of the things said about Jews in Europe 100 years ago are not acceptable anymore, but are said about Muslims in Europe now. This is seen by some right-wing agitators as standing with Jews — being Islamophobic as a way of being philosemitic.”

It wasn’t until after Sept. 11, 2001, that people in Germany started to regularly ask Doughan if she was Muslim, she recalls. Doughan started to question why European society seemed not to accept immigrants as part of its social tissue.

Doughan teaches a course called Antisemitism and Racism in the Modern World, which also focuses on contemporary events, including the 2017 white supremacist attack in Charlottesville, Virginia, and the Pittsburgh Synagogue shooting in 2018. Doughan sees those attacks as wake-up calls about the rise of antisemitism in America and relatedly other forms of racism.

“What the course tries to do is to bring antisemitism in conversation with a larger framework of racism and a critical study of race,” she says. “The idea is not to exceptionalize antisemitism, to narrow it down as only rooted in the Holocaust, but to actually look at all the different ways antisemitism has existed before and after the Holocaust, which has impacted Jewish communities in ways that are sometimes, but not always, similar to other racisms.”

In her research into tolerance-education projects in Berlin, Doughan has investigated how antisemitism prevention intersects or is purposefully excluded from other racisms. These programs are predicated upon building and fostering liberal-democratic citizens but have traditionally targeted immigrants — particularly those of Middle Eastern background — as being potential antisemites, she says. Doughan worked with civic educators of Middle Eastern descent who hoped that the public would see that most Muslims are not antisemitic. The educators also hoped that showing goodwill and critical self-reflection would help them talk about their own experiences with racism and discrimination, yet found that their accounts were often dismissed by the public as insignificant.

Doughan was previously a postdoctoral associate at the Elie Wiesel Center for Jewish Studies at Boston University. She received her M.A. in 2009 from Freie Universitat Berlin and her Ph.D. in 2018 from the University of California-Berkeley. She was trained in anthropology, Middle Eastern studies, and political theory. In her three-year visiting professor position at Clark, she will support the expansion of the interdisciplinary genocide studies program.

At the Strassler Center, Doughan will introduce courses on Holocaust pedagogy that deal explicitly with the question of social justice and extremism prevention. She is interested in the teaching methods and practical skills that come with Holocaust education, a field that is most prominent in museums and memorials, but that has entered other public domains such as schools. She explores the questions of whether Holocaust education is preventing antisemitism and extremism, and whether the Holocaust can be taught in ways that build allyship and solidarity across different racialized and minoritized groups.

“I would hope that on campus I can be seen as a colleague and teacher who brings different fields together and starts a conversation,” she says. “Jewish-Muslim conversation and anti-racist solidarity are still in the making. There is a lot of commonality and intellectual richness, something to uncover and investigate together across fields and disciplines.”