‘Homelessness is solvable — if we choose to solve it’ 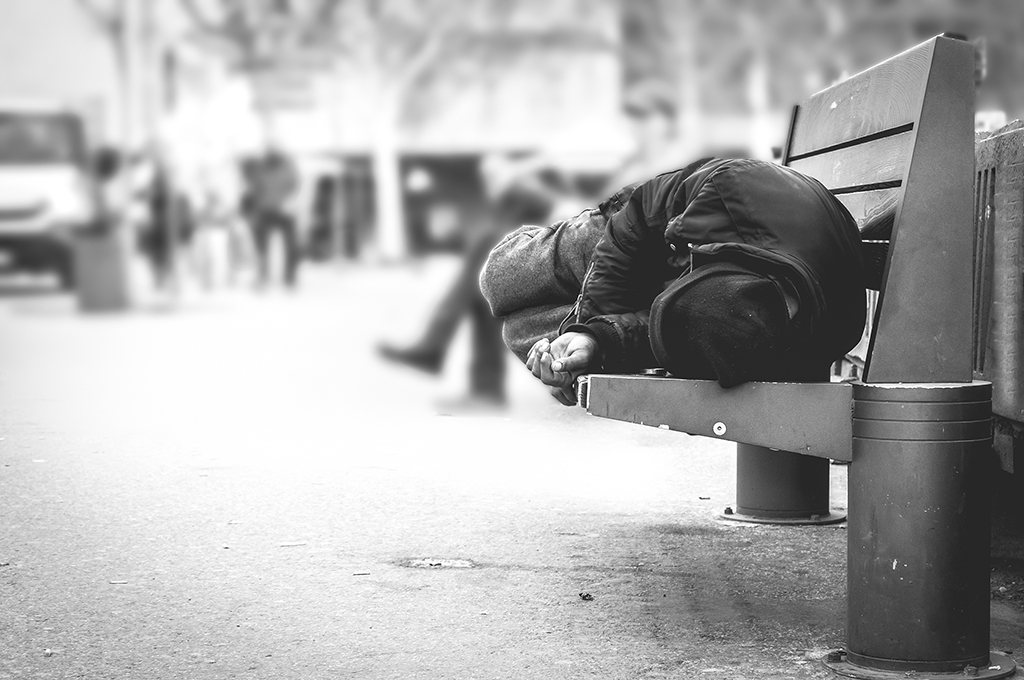 Like many a Clarkie, Rian Watt ’14 graduated with the goal of doing good in the world. He just didn’t know how, or where.

He bartended for a time, wrote freelance pieces about baseball for publications like The Athletic and Sporting News, and worked as a human capital consultant for Deloitte. But it was through his next job, as senior analyst for Abt Associates working on major homelessness projects, and in his volunteer efforts with young people experiencing homelessness, that Watt found his path and his passion.

“Homelessness is a moral issue for a society that allows it to persist, but it’s also something obviously solvable if we choose to solve it,” he says.

Inspired by that ambition, Watt today works as strategy lead for international and large-scale change at Community Solutions, which aims to “create a lasting end to homelessness that leaves no one behind.” The organization’s Built for Zero initiative enlists local partners in municipalities across the country, building teams to design and implement systems that allow them to achieve “functional zero” — the dynamic milestone where communities maintain a measurable and equitable end to homelessness for a population.

Watt joined Community Solutions out of a self-professed impatience with “five-year plans and ten-year strategies” to combat homelessness. “When you spend time with someone who is experiencing homelessness, when you share meals with them, you realize that you need a solution for them that day,” he says. To date, the organization has helped 14 small and midsize U.S. cities, including Bakersfield, California; Abilene, Texas; and Chattanooga, Tennessee — as well as several communities in Australia and Canada — successfully end homelessness for a population in directed, structured, and sustainable ways. (Watt has done extensive work, remotely, with partners in Australia.)

Their efforts have not gone unrecognized. Last year, the MacArthur Foundation awarded Community Solutions a $100 million grant to accelerate their efforts to end homelessness in the U.S. and around the world. This dramatic infusion of funding, Watt says, is the prestigious foundation’s endorsement of the Built for Zero approach, and is allowing Community Solutions to increase staff in those communities and apply resources toward finding housing solutions for people with unique needs.

Money is only a piece of the solution, he says. Dismantling the barriers to ending homelessness requires collective will, from the federal to the local levels, driven by an agreed-upon goal that “homelessness should be rare, and if it occurs it should be brief, and should only be a one-time thing.”

“Where it becomes difficult is setting aside organizational blinders, setting aside fears about losing funding and what it will take in terms of resources to approach this,” he says. “The will is there but it’s latent in a lot of communities. Part of our role is to activate people’s innate sense that this is something that doesn’t need to persist.”

Too often, he says, the official response has been to take actions, such as police sweeps of homeless populations, that do nothing to resolve the underlying issue and only remove the problem from public view.

The pandemic has added another layer to the challenge. The physical and mental health problems many homeless individuals experience, combined with a lack of access to proper nutrition and medical and preventive care, has made homelessness essentially a comorbidity for the virus, he says. When COVID-19 made its presence known, some communities responded adroitly by relocating homeless individuals from shared spaces, like shelters, into their own hotel rooms. But the resources to make the next significant step — moving people from rooms into permanent housing — have been lacking.

“Our homelessness crisis and our housing affordability crisis are essentially the same crisis,” Watt says. In parts of the country where the cost of living is modest, homelessness is typically not an issue, he explains. The problem is amplified in coastal cities where housing is expensive and the construction of new housing is often hamstrung by land-use regulations and other bureaucratic hurdles.

In Seattle, where Watt lives, he’s seen firsthand the toll of out-of-reach housing costs. He recalls that while volunteering, he met a young man who worked full-time on a city maintenance crew yet struggled to cobble together the money to rent even a modest apartment.

Eventually, the man was given access to a housing subsidy and found a placement, but “that experience of homelessness will be with him the rest of his life,” Watt says. “There are so many like him, scrambling to do everything they can but still failed by a system that doesn’t require us as a society to make sure everyone has a roof over their head.”

Through Built for Zero, Watt and his Community Solutions colleagues are working to ensure the narrative surrounding homelessness can become one of turning past failures into future successes, one roof at a time.

‘An honest and vulnerable space’