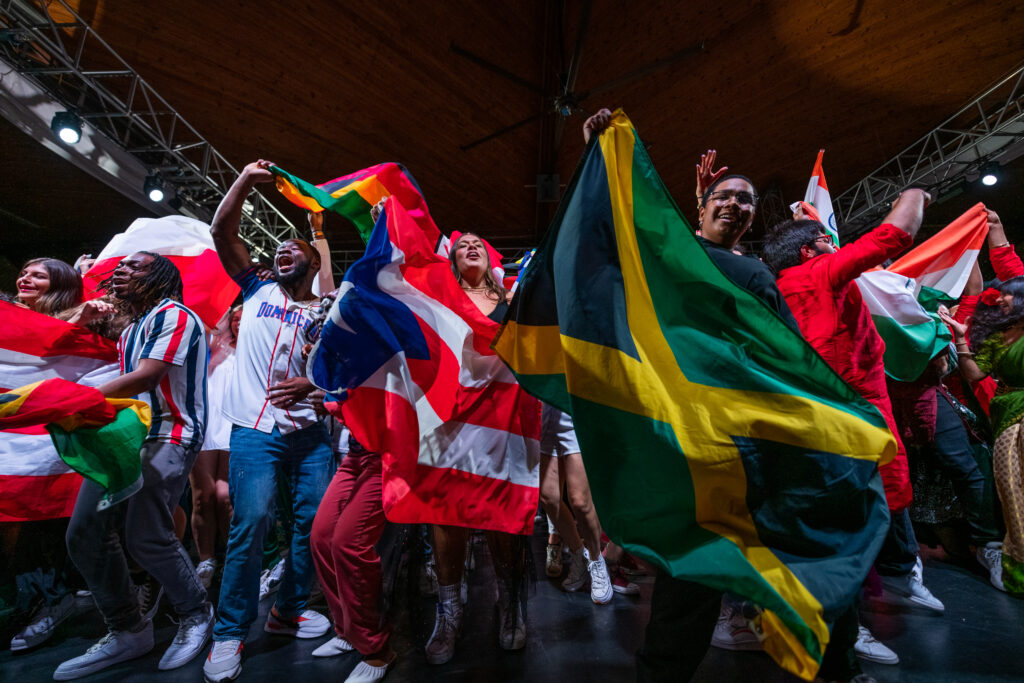 Like a good friend who has reentered your life after a long absence, the International Gala made a triumphant return to the stage in the Kneller Athletic Center on Saturday following a forced two-year hiatus due to COVID-19.

Rebranded as “Gala: Remastered,” the dance and music performance — and, for the first time this year, fashion show — organized and hosted by the International Students Association, earned a rousing reception from the estimated 1,500 people in attendance. The popularity of Gala was evidenced by the line to get into the first-come, first-served event, which stretched from the Kneller doors to the Jefferson Academic Center.

Student performers spent the days leading up to Gala — known as Hell Week —rehearsing and refining their numbers, often late into the night. Once onstage, they showed off the choreography they’d mastered, performing 16 dances that reflected the traditions and cultures of the countries represented onstage. The grand-finale flag ceremony, shown above, featured students prominently displaying 37 distinct flags as a celebration of both national pride and global unity. The night also featured performances by The Counterpoints and Ritmos Dance Studio.

The applause greeting the students’ performances showed appreciation for their artistry and precision, and sent a clear message to the Gala organizers: Welcome back!

If you were unable to attend in person, you are invited to watch the watch the livestream of the event.