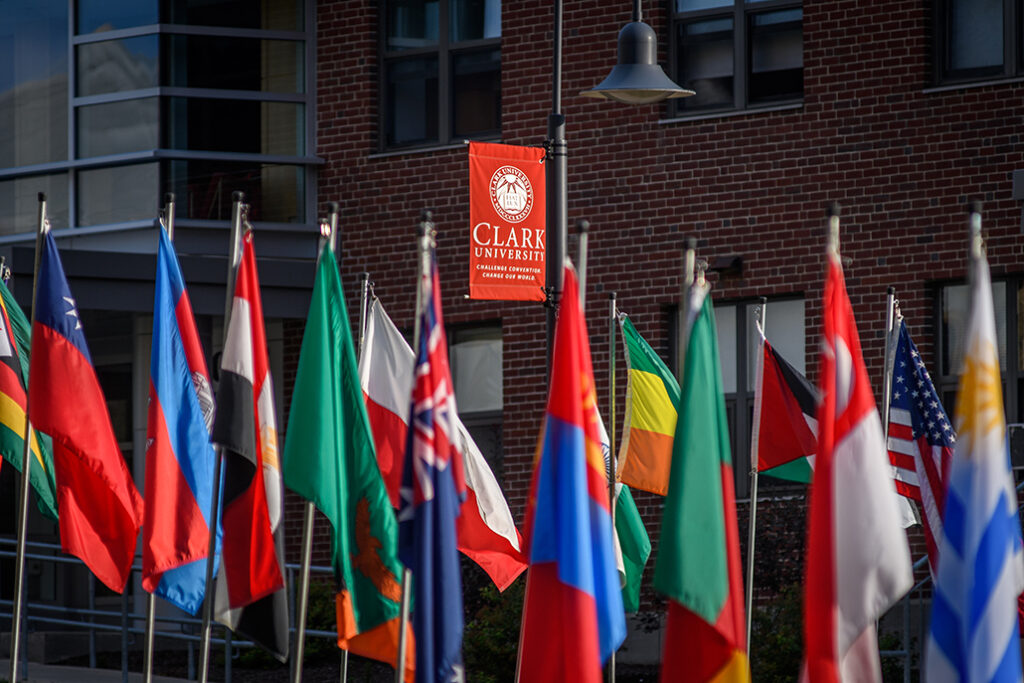 Clark’s International Center played an integral role in the annual Day of Action held on March 9 by NAFSA: Association of International Educators.

Susannah Marcucci, director of the International Student and Scholars Office at Clark, and Nathan Cruz ’16, an international student adviser, met virtually with staffers from the offices of U.S. senators Elizabeth Warren and Edward Markey to advocate for two key policy initiatives supporting international students and U.S. students studying abroad. NAFSA members across the country made similar requests of their legislators, but Marcucci and Cruz were the only representatives from a Massachusetts college participating in a Day of Action session with Senate offices.

According to Marcucci, she and Cruz asked that Warren and Markey:

Marcucci and Cruz discussed the work being done at Clark on behalf of international students and placed it in the context of the legislative pieces that are being promoted by NAFSA.

“This is a great opportunity to get Clark’s name out there and make valuable connections,” she said. “And we also wanted to thank them for the work they’ve done.” Warren’s local office, she noted, has provided valuable assistance with several issues affecting Clark students.

Clark hosts more than 900 international students, with over 200 new students joining the University at the start of the spring semester, Marcucci says.