In May 2020, as the COVID-19 pandemic intensified and was compounded by the civil unrest and violence following the murder of George Floyd, poet Jana Lillie began writing. She already had been working on a collection of her work, but these new poems — a new one almost every day — documented where she was mentally, emotionally, and spiritually in a period of tremendous turmoil.

Among those reading Lillie’s work was Cailin Marcel Manson, director of music performance at Clark. “I found my own feelings and experiences echoed in her words,” he says. When Lillie decided to publish her collection, Manson — who knew Lillie from the Bennington County Choral Society, which he directed until last year — asked if he could find a way to set some of her work to music.

The resulting song cycle, “Unsaid Prayers,” with music by Colombian-American composer Nico Gutierrez, will have its world premiere in Clark University’s Razzo Hall this Friday, February 25, at 7:30 p.m. Baritone Manson will be joined on stage by soprano Katherine Saik DeLugan and harpist Jordan Thomas.

The eight chosen poems cover a span of three months following George Floyd’s death and include Lillie’s observations and processing of the racial violence, gun violence, and social unrest that added to the pandemic-induced tumult of the time.

Manson initially commissioned the work and raised money for the composition, but last fall he applied for funding from the Higgins School of Humanities to support the project’s completion.

“These are activities that foster research and creative achievement, enhance the national profile of arts and humanities at Clark, and frequently provide our community with unique experiences,” Malsky says. “In this case, we are delighted to help Professor Manson bring such an exciting and ambitious creative project to life by supporting the musical engraving of the score, the ‘workshopping’ of the work-in-progress, and the premiere performance at Clark.” 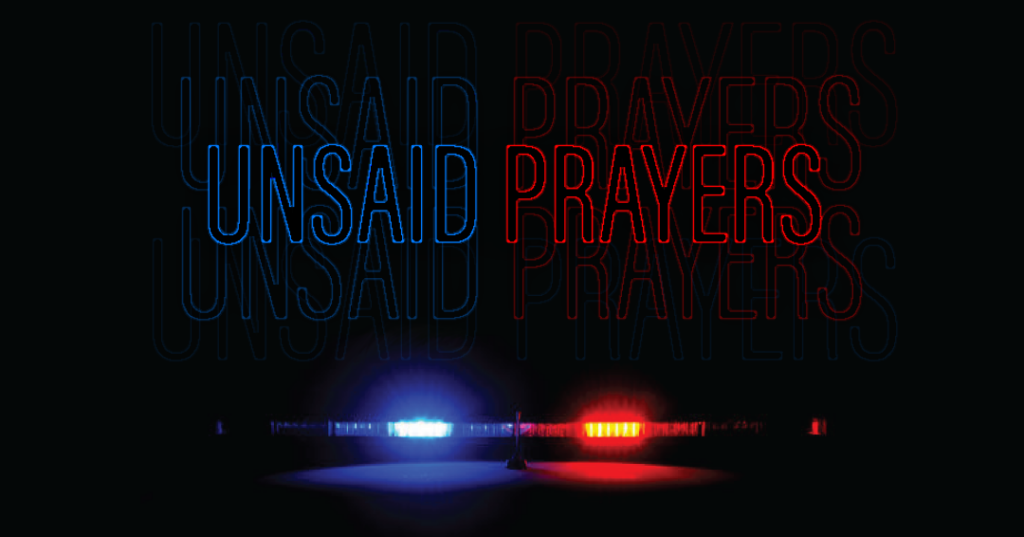 Manson is proud that Clark music faculty continually generate new work and influence the field. “Fostering and presenting new works like ‘Unsaid Prayers’ shows that Clark is a place where we can ask the tough questions, have the difficult conversations, and be OK with getting uncomfortable in the pursuit of learning and mutual understanding,” Manson says. “And we have responded to the call of our times by letting the work of artists of color define and shape the narrative and lead the conversation.”

While it is important for music students at Clark to be exposed to the process of creating new work, Manson says, they do so while learning to interpret and perform music from earlier periods, with different cultural viewpoints. “We do the hard work necessary to find the human element in all of the music we study, and then to communicate it to audiences in direct, relevant ways. Through ‘Unsaid Prayers,’ I hope the students will also see what deep and effecting creativity can result when one is committed to simply telling their own story, as Jana did through her poetry.”

Manson is dedicated to bringing communities together around classical music, uplifting the talents and voices of the marginalized within that art form, and challenging industry standards. He is artistic director of the New England Repertory Orchestra (NERO), a professional orchestra that works to “dismantle the exclusivity of symphonic music.”

NERO will perform at Clark several times this spring, including a concert of music by women composers on March 19 in Atwood Hall’s Daniels Theater. On April 27, the orchestra will join the Clark University Chorus and Clark Sinfonia in their festival concert at Mechanics Hall.

And on May 1, the Clark University Chamber Chorus will join the Keene Chorale (where Manson is music director) for the New England premiere of “The Ordering of Moses,” written by Black Canadian composer Robert Nathaniel Dett in 1937.