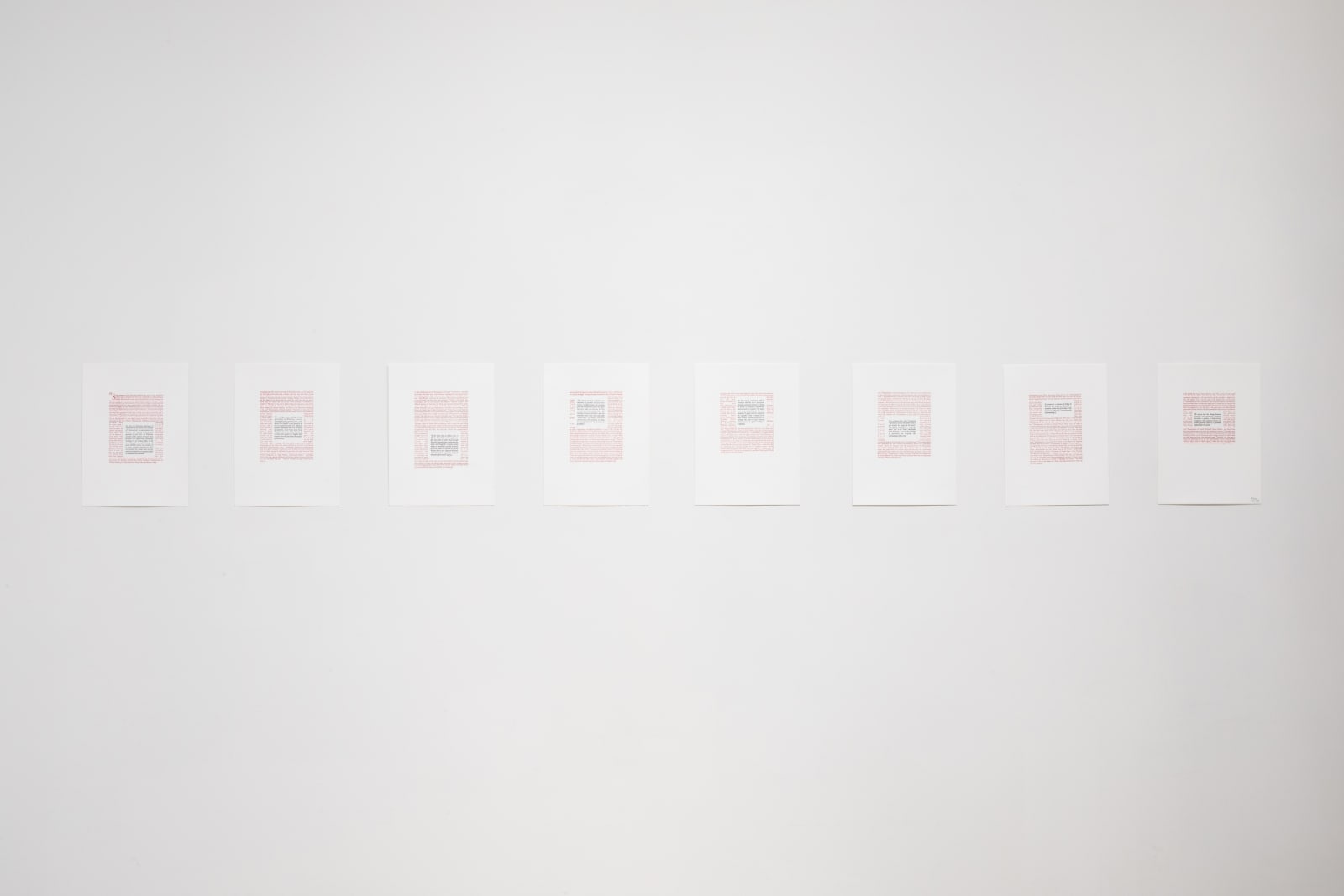 Words matter. A team of Clarkies dug deep into the annals of history to expose the violence of the verbiage of the Salem Witch Trials in a powerful work, “Vile and Clamorous Reports,” which is included in a group art show, “Affective Histories,” on display through Dec. 18 in New York City’s Hesse Flatow gallery.

Mandy Gutmann-Gonzalez, a professor of practice in the English Department since 2019, was the inspiration for the powerful artwork, which transports the viewer back in time to evoke the power and violence buried in the language of the 17th-century justice system.

“The violence of the Salem Witch Trials was intimately intertwined with settler colonial violence in complicated ways,” wrote Professor Gutmann-Gonzalez. “My text-based work in ‘Affective Histories’ uses found language and juxtaposition to expose the horror of this knotted relationship.”

The idea for the group exhibit was born following Gutmann-Gonzalez’s two-week residency last summer at Massachusetts Museum of Contemporary Art (MASS MoCA). It was there that they and five other residents dreamed up the group show that they ultimately shopped to the NYC gallery, where it was met with great enthusiasm.

“I’m primarily a poet, so adapting my work to the gallery space was an interesting challenge,” wrote Gutmann-Gonzalez.

Iarrobino, a budding playwright and poet, said he was honored Professor Gutmann-Gonzalez invited him to lend his voice to the project, and grateful to be involved.

“It felt like a fun, spooky intersection of spoken-word/slam poetry and doing voice-acting,” he wrote. Iarrobino said he and the others did some informal rehearsing of the text before Professor Freyermuth set him up in a dark, empty room in Estabrook to record.

Clark’s Higgins School of Humanities generously helped cover some of the costs of this project with a $750 Higgins Mini-Grant.