In The New York Times

The research and writing of Kristina Wilson, professor of art history, was featured prominently in the recent New York Times story, Shining a Light on Forgotten Designers, part of the newspaper’s series Design: A Special Report. 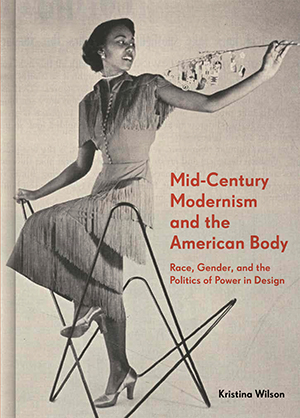 The story is composed of short essays from more than a dozen experts in design, history, and curation; each was invited to illuminate the legacy of a designer from the past whose popularity has since dimmed. Times writer Julie Laksy  introduced the piece by noting “for every historic figure popping up regularly in museum collections and auction catalogs, there are legions of designers who made important contributions and then faded away — people who were the ‘wrong’ color or gender, or who were denied credit for their accomplishments or lacked a hunger for fame and thus failed to survive the corrosive forces of history.”

Wilson, whose areas of expertise include 19th- and 20th-century painting and sculpture, modern design, and architecture, identified Addison Bates as one underappreciated creator. Bates, known as “Add,” was a talented actor and singer in the 1930s who later earned a reputation as a skilled designer of custom furniture and whose client list include the novelists Richard Wright and Ralph Ellison.

“​​Mr. Bates is significant in the history of design because he played a key role in Black artistic networks in New York City in the middle decades of the 20th century,” Wilson writes, adding that “design historians tend to privilege the stories of those who could claim to be designing for the masses — but the industry connections to achieve such large-scale work were often limited to white men.”

Mr. Bates, an African American, was prevented from working in the upholstery trade, Wilson notes, and defied exclusionary union practices by operating his business independently.

Professor Wilson’s new book is “Mid-Century Modernism and the American Body: Race, Gender, and the Politics of Power in Design.”