Productions will be staged throughout November
By Melissa Lynch ’95, MSPC ’15 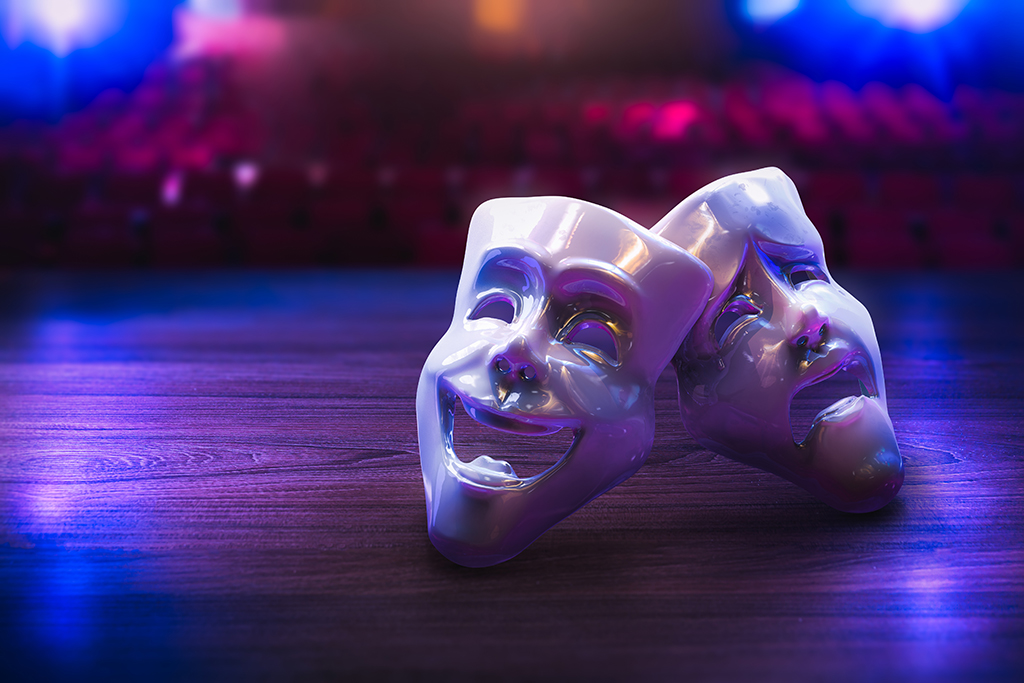 Six student playwrights will see their words brought to life next week when the seventh biennial Clark University New Play Festival (Playfest) begins Nov. 2. Clark’s largest theatre arts endeavor, and the only event of its kind at any U.S. college, Playfest features six original full-length plays written by undergraduate students. Each play has its own production team and director — in most cases, a Clark graduate — as well as a student design staff and cast.

“This year has been especially challenging,” says Gino DiIorio, professor of theatre arts and festival director. Pandemic restrictions meant masked rehearsals, and ongoing construction in the Little Center resulted in a scramble for space. For the first time, Playfest will be held in Daniels Theater in Atwood Hall.

This year’s playwrights pushed themselves, DiIorio says. “They’ve been working on these drafts for over a year. Some of them have taken on controversial subjects and it’s been a pleasure to watch them grow as writers.”

More than 50 students and faculty are involved in the festival, onstage and backstage. The plays are presented in repertory, two plays a week, with each getting a run of three performances; all shows begin at 7:30 p.m. 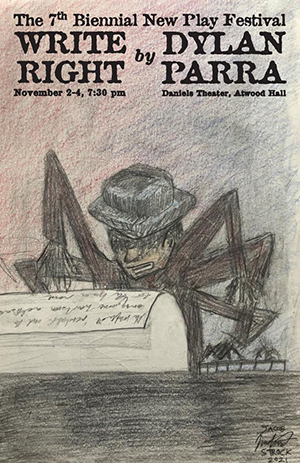 Through comical confrontations with neurotic peers and family a writer must come to terms with his career (or lack thereof) by contemplating the fundamental issue of following your dreams versus facing a harsh reality.

Parra authored “Write, Right,” about a playwright who attempts to conquer an extremely long stretch of writer’s block, as a counterintuitive way to combat his own. A media, culture, and the arts major with minors in theatre arts and political science, he intends to pursue a master of science in communication through Clark’s Accelerated Degree Program next year, and hopes to find work in journalism or another nonfiction storytelling field. 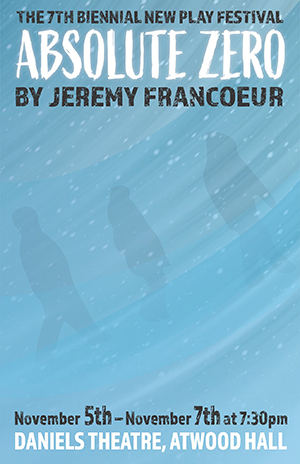 Three scientists are the last hope for buying some time during a climate catastrophe — then one of them falls dangerously ill. What do you do when your coworker becomes a ticking time bomb?

“I was inspired to write ‘Absolute Zero’ at least in some part by COVID,” Francouer says. “I wrote this play during a time of massive stakes and a lot of uncertainty, and it helped me work through a lot of anxiety and emotions I had. I hope it can provide others with a similar catharsis.”

A music technology major with minors in French and Asian studies, Francoeur plans to pursue a doctorate in musicology and become a music professor. He also intends to keep writing: “I have many more play ideas I’m working on, and hope to get the opportunity to share them in some way.” 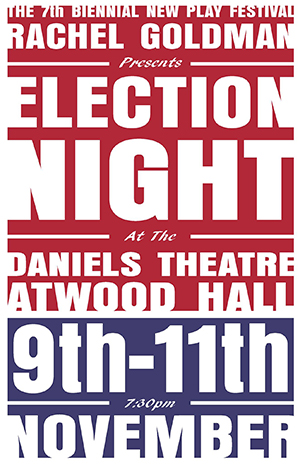 A friendship slowly implodes in real-time on election night 2016.

“I started writing this play in September 2020 as a coping mechanism for the 2020 election,” Goldman says. “As I continued writing, it gradually evolved into a treatise on the nuances of young adult friendships and growing up.”

Goldman majored in psychology at Clark, with a minor in history. She currently works as a data entry assistant at the American Foundation for Suicide Prevention, and writes for a hip-hop magazine and WatchMojo. Her ultimate goal is to earn a master’s in journalism and work in podcasting. 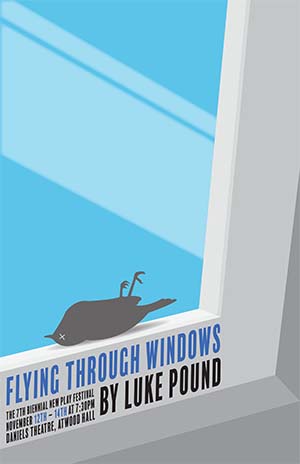 Following a high schooler, his childhood friend, and the shadow of a girl who seems to be haunting him, the story begins when a bird tries to fly through a window, only to break its neck. That moment seems to carry on day after day, until, finally, the cycle is broken.

“I had always wanted to write a play about high school; I never felt like any media about that time in our lives represented how my friends and I experienced it,” Pound says. “Then on a Saturday morning in February of 2020, I saw a hawk slam into a window and die instantly. The rest of the play formed around that image.”

Majoring in psychology with a minor in political science, Pound plans to pursue a master of public administration through Clark’s fifth-year program next year, as well as fellowships to travel abroad. After that, “It depends; I could end up going to grad school for psycholinguistics in Argentina or pursuing playwriting full time in France. Or both.” 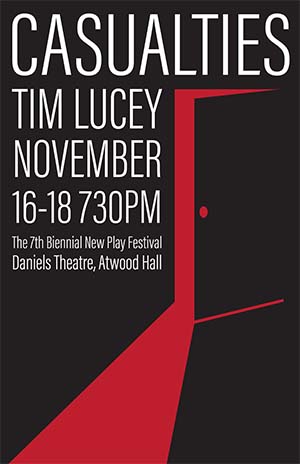 After their son commits a school shooting with a friend, a mother and father are forced to come to terms with how to cope with the tragedy and reflect on the past. By the end, nothing will be the same. 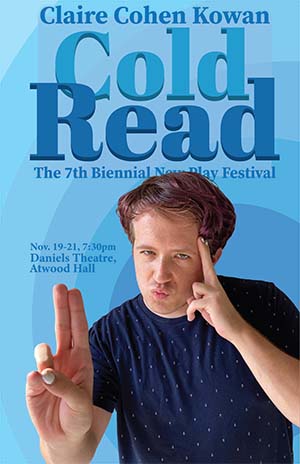 A narcissistic TV psychic meets a real ghost for the first time. In trying to uncover the secrets behind it, he instead finds himself unraveling at the hands of a curse.

Cohen Kowan didn’t set out to write about a psychic. “The play I was originally planning to submit crashed and burned, leaving me with only a month to write another one,” she says. “I had recently watched a YouTube video called ‘The bizarre world of psychics/mediums,’ and I wanted to use the TV psychic as a metaphor for the rampant spread of easy-to-swallow misinformation we deal with today. I let master tragedians Sophocles and Miller light my way and I had myself a play within three weeks!”

A double major in sociology and theatre arts, Cohen Kowan hasn’t quite decided what the future holds, but she hopes to keep writing plays.