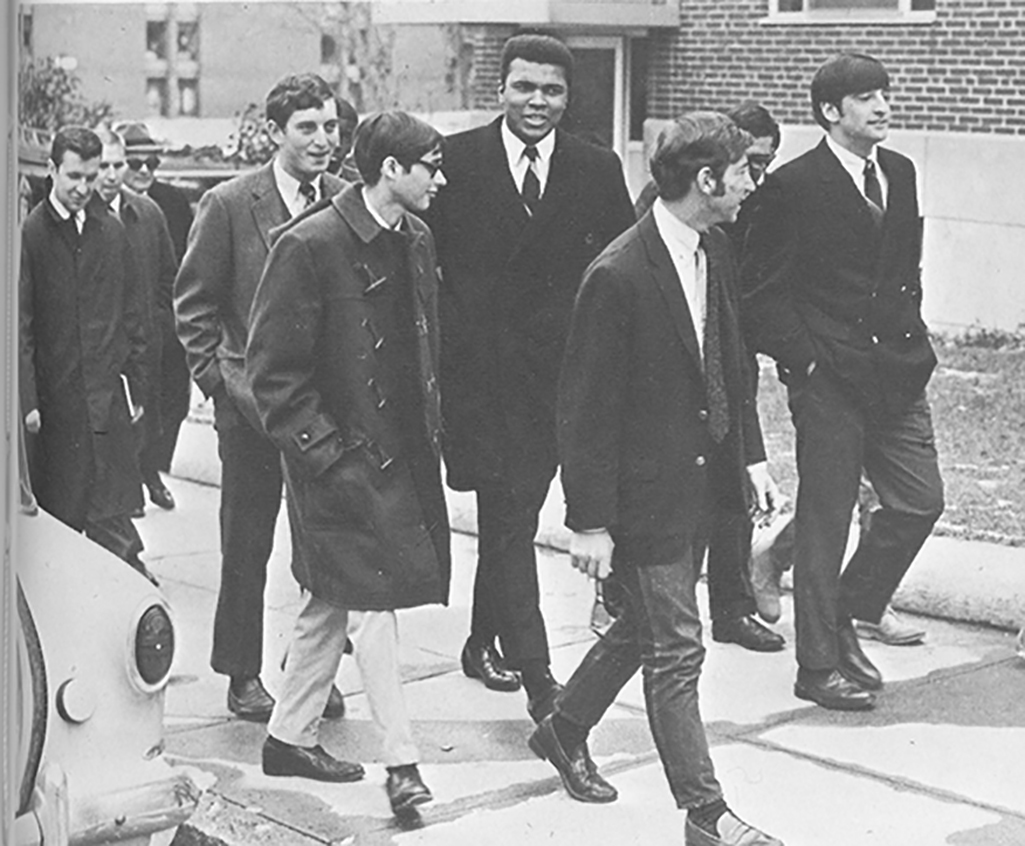 The broadcast of a new Ken Burns documentary is always cause for anticipation, but this week’s premiere of “Muhammad Ali,” his eight-hour biography of the legendary boxer, may resonate a little more deeply for some Clark alumni. 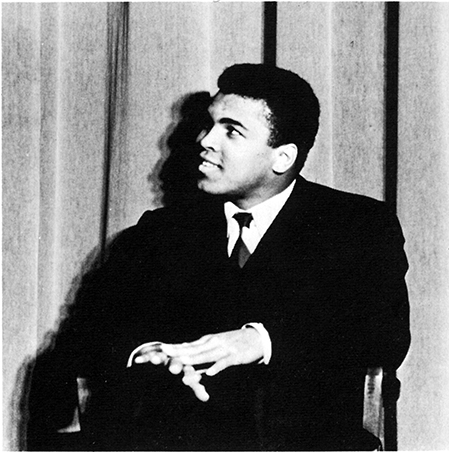 In 1968, the student-run Speakers Board brought Ali to campus, where he spoke in a packed Atwood Hall. This was an especially fraught time for the athlete, who’d been stripped of his heavyweight title and faced a possible prison term for refusing to be drafted into the military, citing his opposition to the Vietnam War.

Robert Echter ’69 was one of a small group of students who had lunch with Ali at Little Commons (now the Little Center) before escorting him to Atwood.

“He had this persona of being bombastic, but not with us,” Echter remembers. “He was a very sober, thoughtful guy who also happened to be a sports hero. It was a thrill to be there.”

Echter doesn’t recall the specifics of Ali’s Atwood talk, only that he was open and forthright about his situation, and, as was characteristic of the boxer, entertaining. After the presentation, students clamored to speak with him and get his autograph.

“He was an icon, and these were extraordinary times,” Echter says, noting the students’ own opposition to the war. “One of the beauties of Clark was how we could engender a sense of community around something like this.” 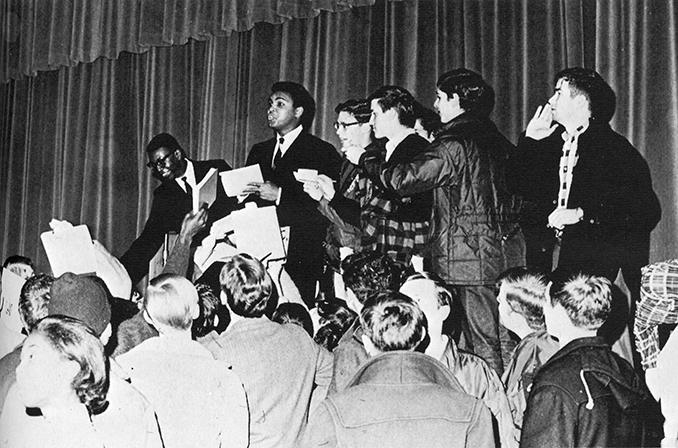 Echter says he recently learned that Ali spoke at colleges as a way to earn money during his four-year exile from boxing. The Clark event drew significant coverage from the local media and earned a five-photo spread in the 1968 yearbook. In one of those shots, Echter can be seen at the front of the group accompanying Ali to Atwood. Others in the photo that he could identify are Stephen Myers ’68, Michael Feldman ’69, and Stephen Goldberg ’69.