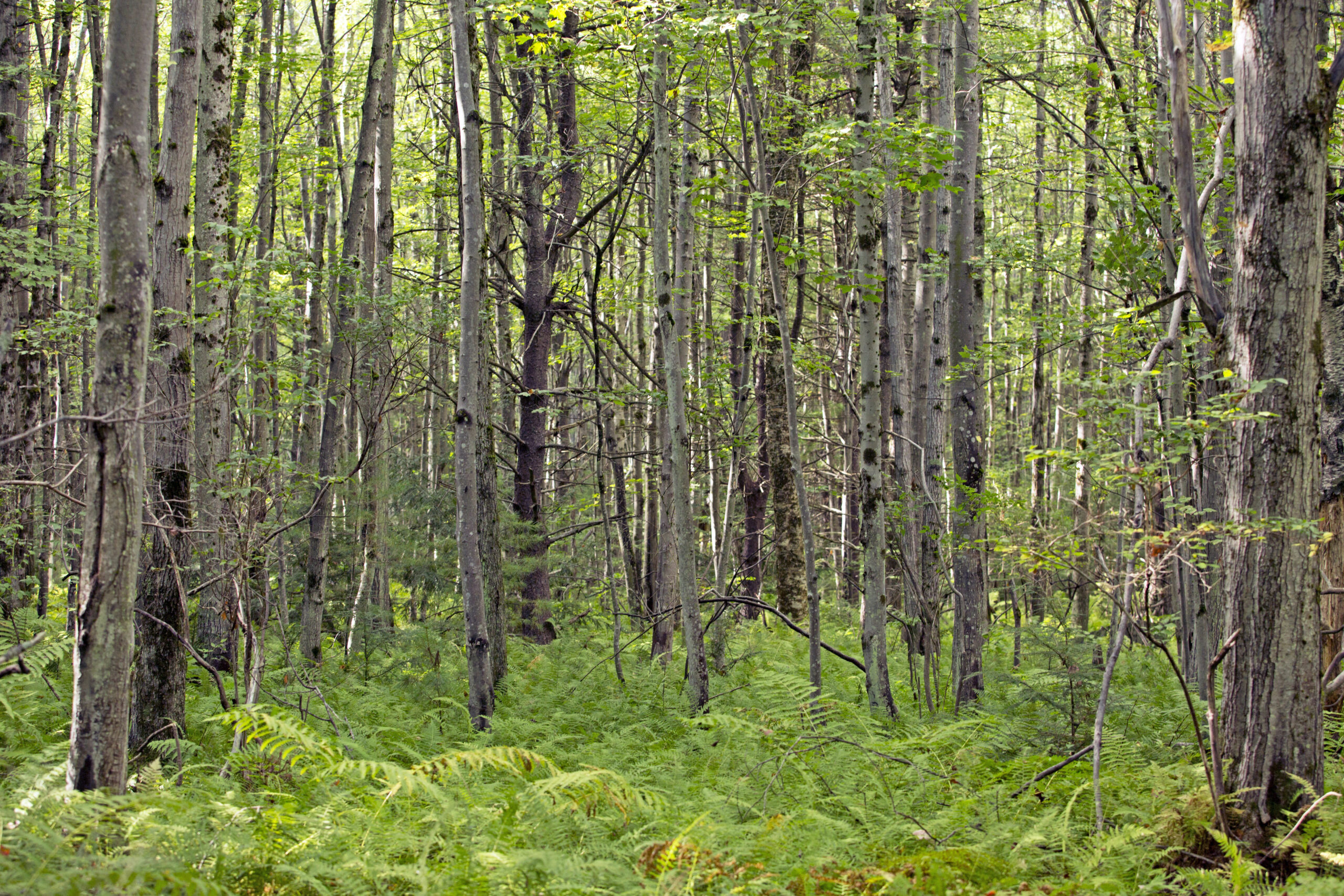 Each year, nearly 1 million acres of forest across the continental U.S. are lost to development and other uses; Massachusetts alone loses an average of 5,000 acres of forest annually. Deforestation not only releases forest carbon to the atmosphere from the destruction of trees, but also erases one of the best tools we have for drawing carbon dioxide out of the atmosphere — forest growth.

What would happen if we halted this deforestation? Would doing so help slow climate change, and how much?

Christopher A. Williams, professor in Clark’s Graduate School of Geography; Natalia Hasler, a research scientist at the George Perkins Marsh Institute; and doctoral student Li Xi, investigated the answers to these questions in two new releases.

The first is a ground-breaking new study, “Avoided Deforestation: A Climate Mitigation Opportunity in New England and New York,” prepared for the United States Climate Alliance Natural and Working Lands Research Program and funded by the Doris Duke Charitable Foundation. Released this week, the study measures the climate mitigation that could be achieved in seven states across the northeastern U.S. (New York state, New Hampshire, Maine, Vermont, Connecticut, Rhode Island, and Massachusetts) if they were able to turn deforestation around and prevent this forest loss. By leveraging extensive satellite remote sensing datasets, forest plot measurements, and geospatial scientific computing, the Clark research team was able to identify locations plagued by significant forest loss in recent decades, to assess the associated carbon emissions, and, for the first time, to quantify the amount of future carbon sequestration and storage lost through deforestation.

“The carbon impacts really add up, equaling 2 percent of all fossil fuel emissions in New England and New York state, and 5 percent in New Hampshire and even 7 percent in Maine,” Williams said. “The study clearly shows that slowing the pace of forest loss is an important instrument in the fight against climate change.”

“It is not enough to merely stop using fossil fuels,” says Laura Marx, a forest ecologist at The Nature Conservancy and collaborator on the U.S. Climate Alliance project. “We also need to remove some of that carbon pollution, to draw it down from the air and the atmosphere. Right now, the only tool we have that works at scale and at cost to remove that carbon pollution is nature.”

Williams noted that several state agencies wrote letters in support of the funding request, recognizing the importance of the information for state-level management and policy, and have been actively involved all along the way.

The second new release takes this work to the national scale with a revolutionary online mapping tool from The Nature Conservancy. The tool is already getting significant use by land managers and other decision-makers to calculate the potential of intact forests across the continental U.S. to capture and store climate-changing carbon emissions through 2050. The new tool shows that many of America’s forests with the highest carbon stocks and high potential for future carbon sequestration also are among the most important places for diverse species to find refuge from growing climate impacts.

This new analysis shows that under current conditions, forests across the continental United States would remove up to 865 million metric tons of carbon dioxide from the atmosphere each year between now and 2050 if they are protected from development, severe wildfire and other major disturbances — that’s the equivalent of taking approximately 188 million gas-powered cars off the road each year.

“We can now identify the forests we can’t afford to lose if we want to tackle two of the greatest crises facing the planet today: climate change and the loss of biodiversity,” said Mark Anderson, director of The Nature Conservancy’s Center for Resilient Conservation Science. “Conserving these forests will not only help communities, states, and the nation as a whole meet carbon-reduction goals, but many of the carbon hotspots that were identified also are resilient to climate change and can provide plant and animal species safe places to live as their habitats are altered or destroyed by climate impacts.”

“Forests in every state are removing millions of metric tons of carbon pollution from the atmosphere,” Williams said. “This new analysis and visualization offer a powerful tool that can help decision-makers assess carbon in forested landscapes, not only now but into the future, and to factor that into their natural resource and conservation planning.”

The research team at Clark is actively providing technical assistance to planners and managers across the U.S. Interested parties should email cwilliams@clarku.edu.

More information about this research can be found on The Nature Conservancy’s website.