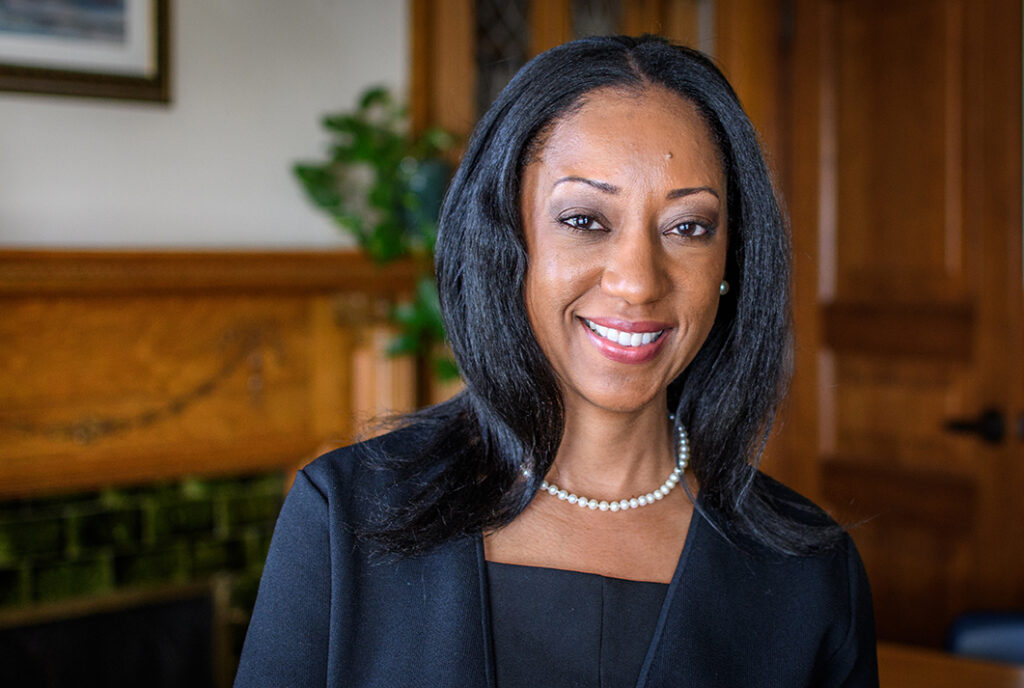 Esther Jones, associate provost and dean of the faculty at Clark University, has been elected to a three-year term as vice president of the Phi Beta Kappa Society, the national academic honor society.

Jones has served two years as vice president and seven as president of the Lambda of Massachusetts chapter of Phi Beta Kappa. During her time as chapter president, she also has been an at-large member of the Society’s senate, currently sitting on the Executive Committee.

According to the Phi Beta Kappa Society, during her time in the Senate, Jones has raised student awareness of Phi Beta Kappa and the value of a liberal arts and sciences education, strengthened alumni ties and connections with the Clark chapter, and promoted the love of learning as foundational to cultivating a meaningful life of consequence.

“I am humbled and honored to have been elected Vice President of the Phi Beta Kappa Society,” Jones said. “I look forward to a higher level of service promoting and advocating for the enduring value of arts and sciences education on college campuses and in our society writ large.”

Founded in 1776, the Phi Beta Kappa Society is the nation’s most prestigious academic honor society and is a leading voice championing liberal arts and sciences education, fostering freedom of thought, and recognizing academic excellence.