Jack Foley brings his 45-year Clark career to a close 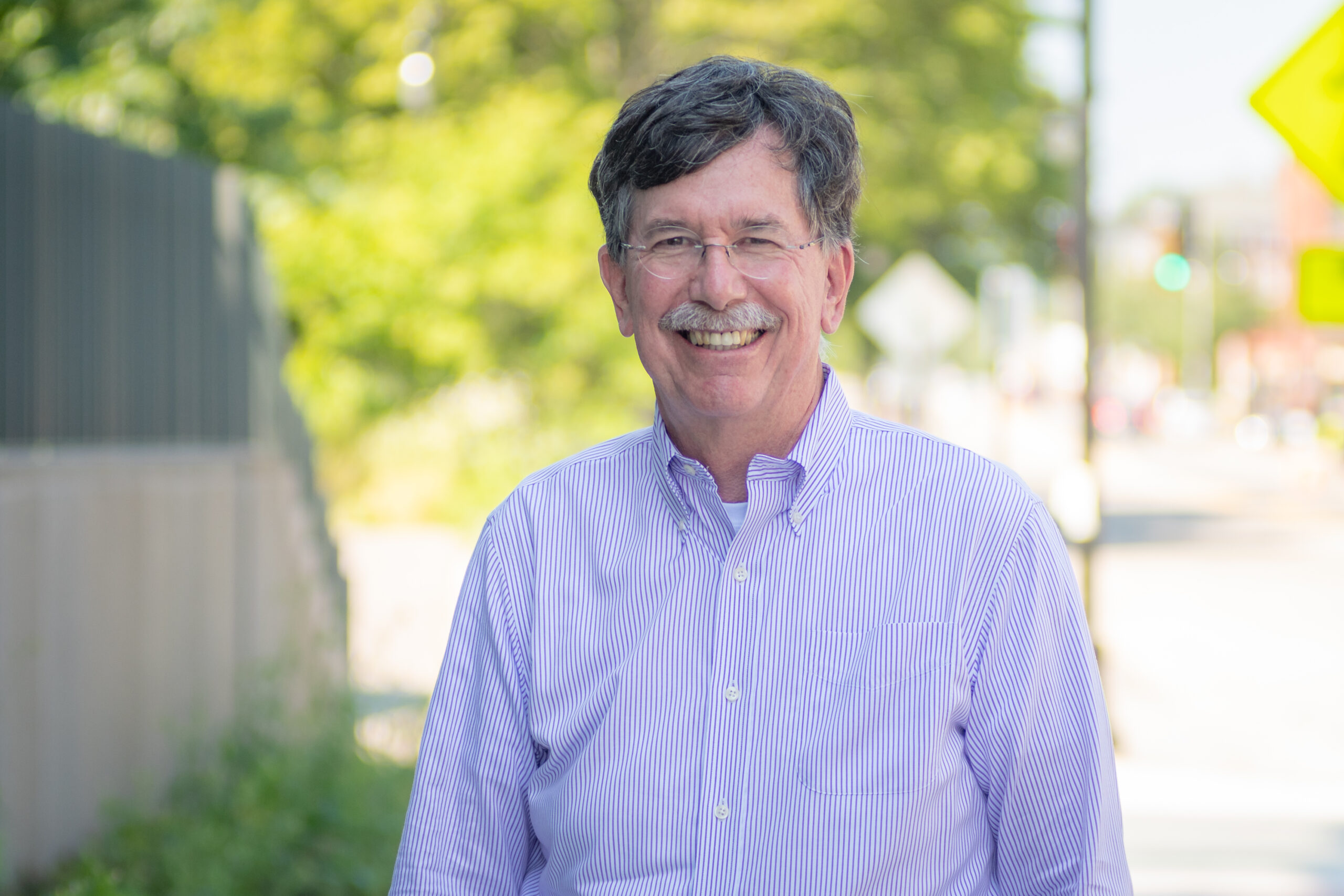 Over a 45-year Clark career, Jack Foley accrued enough trophies, citations, framed photos, books, and binders — jammed with everything from Board of Trustees meeting minutes to Clark’s strategy for battling COVID-19 — to flatten the tires on a moving van. But on Wednesday, his last day on campus before retirement, it was a napkin that he most wished he could take with him.

It was the fall of 1994 when Foley and Clark President Richard Traina sat across from each other at a table in Tarragon’s Restaurant and talked about how Clark, in partnership with the community, could help reverse the steady decline of the Main South area. How, they asked, could Clark have a lasting and positive impact on the neighborhood’s residents? And what will attract families to Main South and keep them here?

They hashed out ideas for creating transformative educational experiences, improving public safety, promoting home ownership, and strengthening the bond between the University’s faculty and students and the neighborhood. Traina then pulled out a pen and grabbed a napkin. As they spoke, he outlined the challenges and opportunities before them, then handed the napkin to Foley.

From those scrawled lunchtime notes emerged the vision for the University Park Neighborhood Restoration Partnership, a nationally acclaimed model of collaboration between Clark, the Main South Community Development Corporation, and the city of Worcester that has yielded affordable housing, youth development and education opportunities, and small-business creation, helping transform a struggling neighborhood into a more vibrant place to live, learn, and work.

“I wish I had that napkin,” says Foley, the vice president for government and community relations who has been both a strategic leader and spiritual force behind Clark’s commitment to Main South for most of his career. “It should be framed somewhere.”

Foley arrived at Clark in 1976 and spent eight years managing University food service, including four years as director. He developed an abiding appreciation for front-line workers, like the cooks who trudged to campus through the snow to keep students fed during the Blizzard of ’78, and the hundreds of students he employed in the kitchen and dining halls, among them future Clark professors, trustees, and well-known figures in business, science, and the arts. “A who’s who of Clark history passed through that dining hall,” he muses.

In those early years, he was recruited to play shortstop on a barnstorming softball team of Clark employees who competed against, and typically defeated, teams from colleges across New England. “We were good,” he says, “and we did not like to lose.”

The 1980s and 1990s were a precarious time for Main South. The closing of local factories had resulted in the loss of thousands of good jobs for local residents. Gang activity was on the rise. Vacant properties had become targets of arson. There were discussions about Clark either leaving Worcester or putting up walls around the campus. When Foley transitioned into the job of University business manager, Traina eventually added “director of community relations” to his title, making him the catalyst and evangelist for new possibilities in a neighborhood that many had given up on.

“Our partnership with Main South didn’t just bring change to the neighborhood, it changed the values of Clark University,” he insists. “Students who come to Clark expect to engage with our community because it’s part of our DNA. All our presidents, beginning with Dick Traina and continuing through John Bassett, David Angel, and David Fithian, have made our partnership with the Main South community a priority for the University.”

The University Park Neighborhood Restoration Partnership, which was formalized in February 1995, was built on foundational relationships with the Main South Community Development Corporation (CDC), the city of Worcester, and state government, and earned significant assistance at the federal level. Congressman James McGovern and Senator Edward Kennedy secured funding for the Kilby-Gardner-Hammond Revitalization Project that brought attractive affordable housing to a section of the neighborhood just a few blocks from Clark and helped to stabilize a once ailing area.

Foley also recalls he and CDC director Steve Teasdale spending three weeks crafting and submitting a grant Housing and Urban Development (HUD) was making available to colleges who worked in close partnership with their neighborhoods. The saga was capped with a feverish final push to complete the grant over the July 4 weekend.

“We were one of five colleges in the entire country to get a $2.4 million grant — a total outlier against bigger schools with stronger connections to HUD and far more name recognition. We heard one university spent $30,000 on a consultant to prepare their grant; I probably spent 20 bucks on pizza in that last weekend. In the end, nobody had the neighborhood-based approach we did. The HUD grant became a catalyst for our success.”

Over the years, Clark has invested significant financial and intellectual capital, and mobilized the efforts of students, faculty, and staff across a spectrum of initiatives in the neighborhood. Of all these efforts, Foley is proudest of the Clark-Worcester collaboration that resulted in the opening in 1997 of the University Park Campus School, a Worcester public school closely aligned with and assisted by Clark’s Adam Institute and the Worcester Public Schools. UPCS provides the kind of high-end educational opportunities that were once deemed out of reach to Main South students, and is empowered by the pact Clark has made with the neighborhood residents: UPCS students and neighborhood residents who have lived in the area for five years and are accepted to Clark attend tuition-free. More than 120 students from Main South have matriculated at Clark since 1997, and President Barack Obama hailed the ongoing success of UPCS in a 2011 pitch to revamp national education standards.

“It’s one of the best things Clark has ever done,” says Foley, who once compared the UPCS narrative to the inspirational James Stewart film “It’s a Wonderful Life.” “I have heard so many stories of kids whose lives have been changed forever by UPCS, whether they came to Clark or attended another college.”

While anyone familiar with Jack Foley knows he would never coast on the job, one could reasonably expect that the normal final year in such a long and distinguished career would largely be consumed by the tying up of loose threads, teeing things up for his successor, and saying goodbyes. Emphasis on “normal.”

Last June, when COVID-19 bullied its way into our lives, Foley was asked to oversee the University’s efforts against the pandemic — grueling work that required an extraordinary amount of cross-campus collaboration, coordination, and cohesion. Despite the historic challenges, Clark ended the year with one of the lowest positivity rates among Massachusetts colleges and universities. In his last official act at Clark, Jack Foley chaired his final meeting of the Clark Reopening Committee’s working group, leading a discussion about how the University will operate in a world emerging from the pandemic’s shadow and turning the CRC reins over to David Chearo, vice president for planning and strategic initiatives.

“This past year was Clark at its absolute best,” he says. “We were learning together as we went through this process and faced the many challenges posed by the pandemic, and we always had at the forefront a shared desire to keep the Clark community safe and healthy. It wasn’t easy — there was a lot of anxiety, uncertainty, and ambiguity. But we figured it out.”

Across this memorable year, Foley has often joked that he’s been gathering details for a book he’ll write about his time at Clark. Given the span and significance of his accomplishments, he’s going to need more than a napkin.