Davis Baird prepares to transition from provost to professor 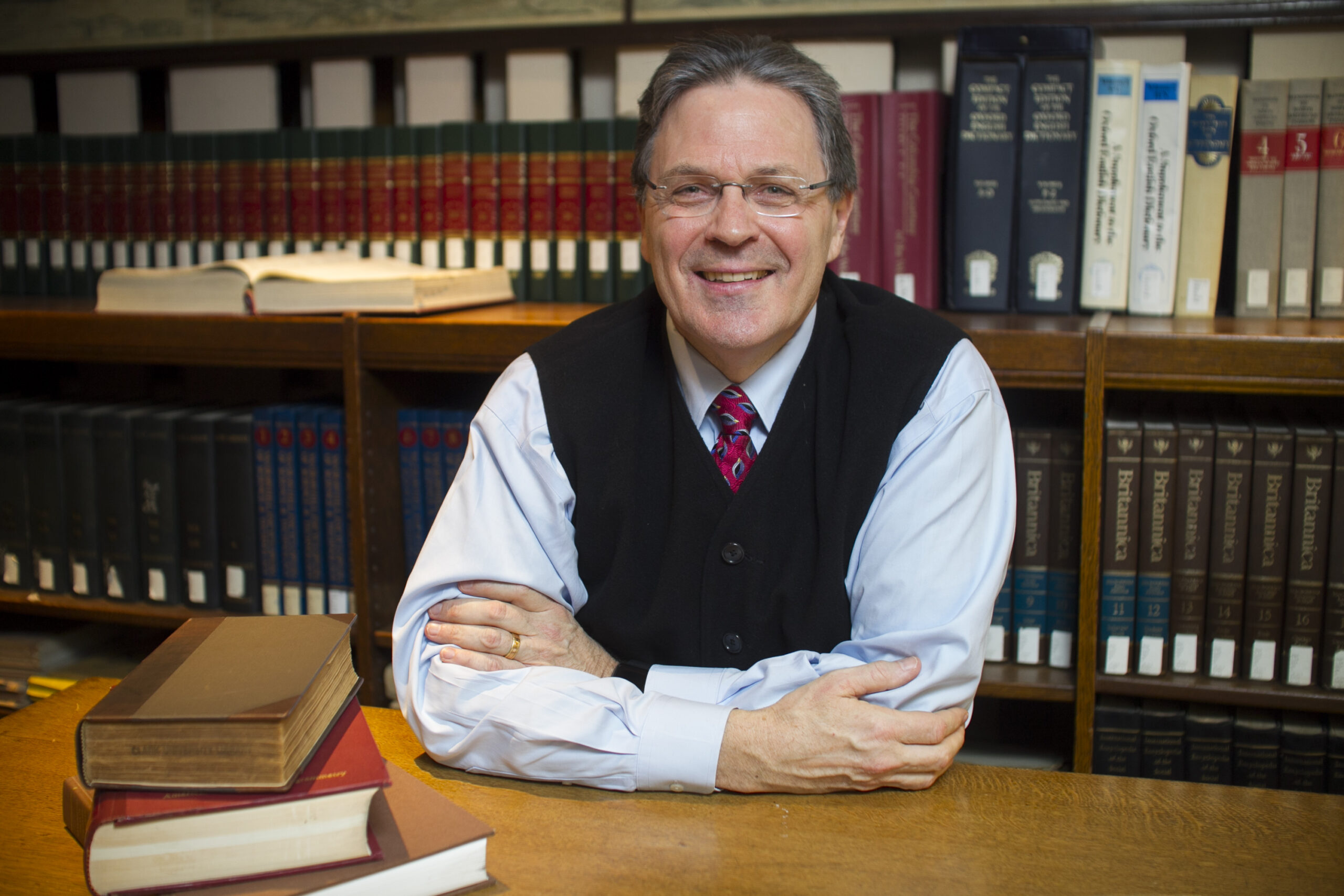 When Davis Baird arrived at Clark in 2010 as the new provost, then-President David Angel handed him a daunting assignment: spearhead the creation of the Academic and Financial Plan that would guide Clark over the next five years.

“I was thrown into the deep end of the pool,” he said at the time, “but I’m not drowning. It’s been good for me.”

And good for Clark. As he steps down from the provost’s position, Baird can reflect on a Clark career that’s required him to be both thoughtful and nimble, judicious and bold, delicate and forceful, always with a mind toward what ultimately will produce the best learning experience for students and the optimal teaching and research environment for faculty — even during a pandemic.

“Clark grows on you. There’s really no other way to put it,” he says from his office, where he’s taking a break from boxing up books in preparation for the arrival of his successor, Sebastián Royo, on July 1. “When I arrived at Clark, I’d already had a great career at the University of South Carolina, which is a wonderful institution, but it doesn’t inspire the loyalty and love that Clark does.

“It took me a couple of years to really figure out the quality of specialness that exists here. I think the smallness and intimacy are part of it, but it’s also the fact that Clark has never had it easy financially, and that helps inspire the faculty to truly work together to make the place succeed. That shared sense of this being a joint project matters immensely.”

There were rough days, particularly in the early going. When faculty members objected to his proposed framing of Clark’s research in that first Academic and Financial Plan, they were not shy in letting him know their displeasure. Point made. The University’s research profile was repositioned with new language that proved more acceptable.

When his first four-year appointment was nearing its conclusion, Baird received a highly positive review from the Planning and Budget Review committee and earned swift reappointment from David Angel. “Congratulations, Davis,” he recalls Angel telling him, “the faculty actually like you.”

According to the Chronicle of Higher Education, small-college provosts serve an average of only 4.6 years. Baird is frank about why that is. “The job’s a killer,” he acknowledges, noting the frequency and urgency with which crises can present themselves. “Every day is 80 percent meetings and 20 percent writing emails as fast as you can write them. You’ll never do the job perfectly — there’s simply too much going on at any given time — but if you can do the job reasonably well, that’s success.”

A strong team helps immeasurably, he says. Baird is unsparing with praise for the team he’s assembled — he has 15 direct reports, who oversee everything from undergraduate and graduate programs, to research, to athletics. The words “fantastic,” “fabulous” and even “kick-ass” crop up throughout the conversation when he describes them. “I love that I’m leaving Sebastián with an exceptional team,” he says.

Baird is not retiring completely. The former chair of philosophy at South Carolina for 13 years, he will be joining Clark’s Philosophy Department after he takes a year’s sabbatical. He expects to return to the classroom on a limited basis.

His sabbatical involves a project that’s both quite personal and a departure from his typical research passions, which focus on the philosophy of science and technology. He’ll be conducting a deep dive into a trunkful of sermons written and delivered by his grandfather, who was a Unitarian minister in the Massachusetts town of Petersham. He’s unsure what the result will be — perhaps a study that connects matters of history, faith, and day-to-day morality in small-town New England.

“We’ll see if Davis Baird can do research again,” he says with a laugh. “My grandfather’s sermons are very social justice-focused, which is very much in the spirit of Clark. I think I can do something with them. This is a project that I’ve been putting off for 30 years, so I’m looking forward to finally having the opportunity to get at it.”

When asked what makes for a good day in the world of the Clark provost, Baird pauses. He mentions some strong hires over the years that have had a significant impact on the University. Then he cites a smaller victory.

“I recently suggested a change to the faculty handbook, and it went through just as I’d hoped,” he says. “That’s a good day.”