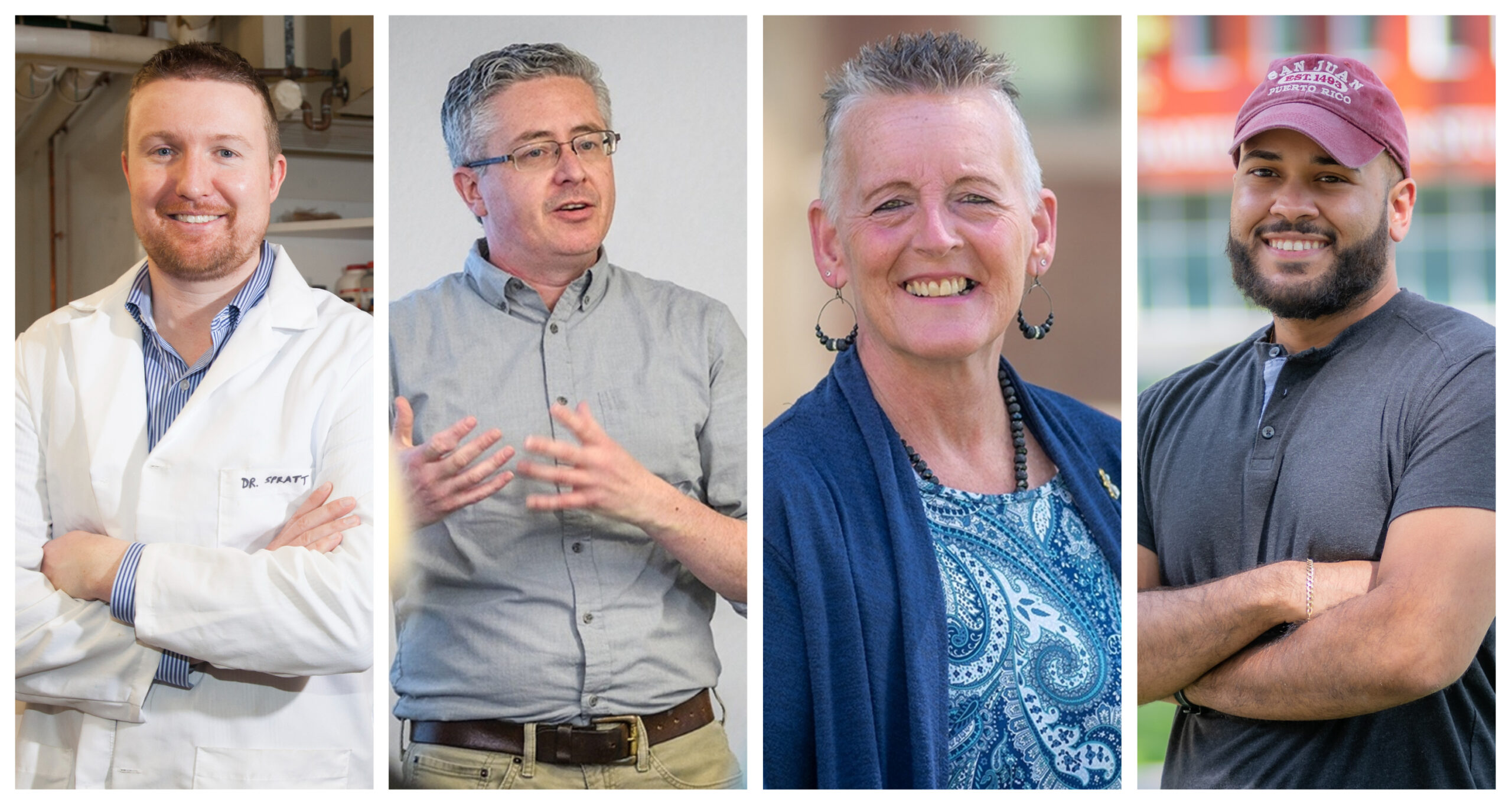 Four members of the Clark community have been awarded the 2021 John W. Lund Community Achievement Award by Clark University President David Fithian for their significant contributions to the Worcester community.

Rogan was honored for initiating the restoration of Clark’s Hadwen Arboretum as an educational opportunity and recreational resource. Working with the Massachusetts Department of Conservation and Recreation and Tower Hill Botanical Gardens, Rogan brought in professional expertise to assist with clearing unnecessary trees and preserving the arboretum’s signature species. The revitalized arboretum has become an essential educational resource for faculty and students in the sciences, and is also a popular community destination for hiking, bird-watching, and other pursuits.

In the award letter, Fithian noted Rogan’s work with Park Spirit and the Columbus Park Neighborhood Association. “You have brought leadership and passion to this work, linking students to this valuable resource and instilling in them a similar passion,” Fithian said.

Rogan says he was surprised and honored to learn he’d been named a recipient of this year’s award, adding that Clark students and staff have been instrumental in revitalizing the green space. He adds that Ruth Seward, executive director of the Worcester Tree Initiative at Tower Hill Botanical Gardens, provided expertise on tree care and raised funds to plant additional trees in the arboretum.

“The work we’ve done with the community has been a group effort,” Rogan says. “The arboretum is a great place for students to learn about the environment and provides a lot of important amenities. People treasure it.”

Spratt was honored for his work to make STEM (Science, Technology, Engineering, and Math) education and laboratory research accessible to hundreds of high school students from across the region. Prior to the pandemic, he organized tours of Clark laboratories that featured hands-on experiments and discussions about careers in research and college preparation. When the campus closed due to COVID-19, Spratt modified the experience and continued to work with students remotely, inspiring the next generation of scientists via engaging Zoom presentations.

Spratt says he values the opportunity to help students strengthen their skills and develop new interests in the STEM fields. “This work felt like a logical progression and I wanted to help out the neighborhood. It’s also a great way to connect with high school teachers and make new connections for years to come,” he says.

Spratt says it’s important to give back in whatever way you can. “Somebody invested in you, so let’s pay it forward to the next generation, as well.”

Hamalainen was recognized for her decades of spearheading initiatives surrounding alcohol and addiction recovery in the Worcester community. Her service includes hosting support meetings for incarcerated individuals and former inmates recently released from prison, as well as others in the community working to overcome addiction. During the pandemic, she began hosting Zoom meetings for women in recovery.

“I get as much as I give because it helps keep me sober,” says Hamalainen, who has been in recovery for 40 years and began volunteer and ministry work with her late husband. “That’s the way you stay sober – by giving back what you’ve been so freely given.”

“You don’t expect to get recognized for stuff you do to save your own life.”

Frankie Franco, a graduate student studying community development and planning, was honored for his extensive volunteer work with Worcester’s youth, which began years before he enrolled at Clark. Franco has been a role model and mentor to many through his work with 508 Bike Life and the Latino Education Institute’s Encouraging Latinos to Achieve Excellence program for middle school boys, among other local organizations.

Franco also serves on the boards of El Salón, a collective of artists dedicated to creating inclusive spaces for BIPOC creators, and Save the Bridge, a campaign that is fighting to secure a Southbridge Street building for the future site of a Youth Center for the Trades and Arts. He previously worked as a youth coordinator for the Appalachian Mountain Club, where he led outdoor excursions for youth from Worcester, Boston, and Providence.

“A lot of the people I support come from where I came from,” says Franco, who grew up in Worcester, “and there are big barriers that exist to receive resources and opportunities. I’m happy to be in a position today where I’m able to bridge those spaces and opportunities to the Black and brown community that I love.”

The annual John W. Lund Community Achievement Award recognizes faculty, students, and staff whose leadership has made an impact on the surrounding Worcester community. The award, which includes a $2,900 cash prize for each recipient, is the result of a generous gift to the Greater Worcester Community Foundation by the late Jack Lund, a retired chief executive officer of the S&S Paper Company and the New England Envelope Manufacturing Company.

The gift recognizes Lund’s affection for Worcester, his appreciation for Clark’s community involvement, and his belief that change is best made by individuals.