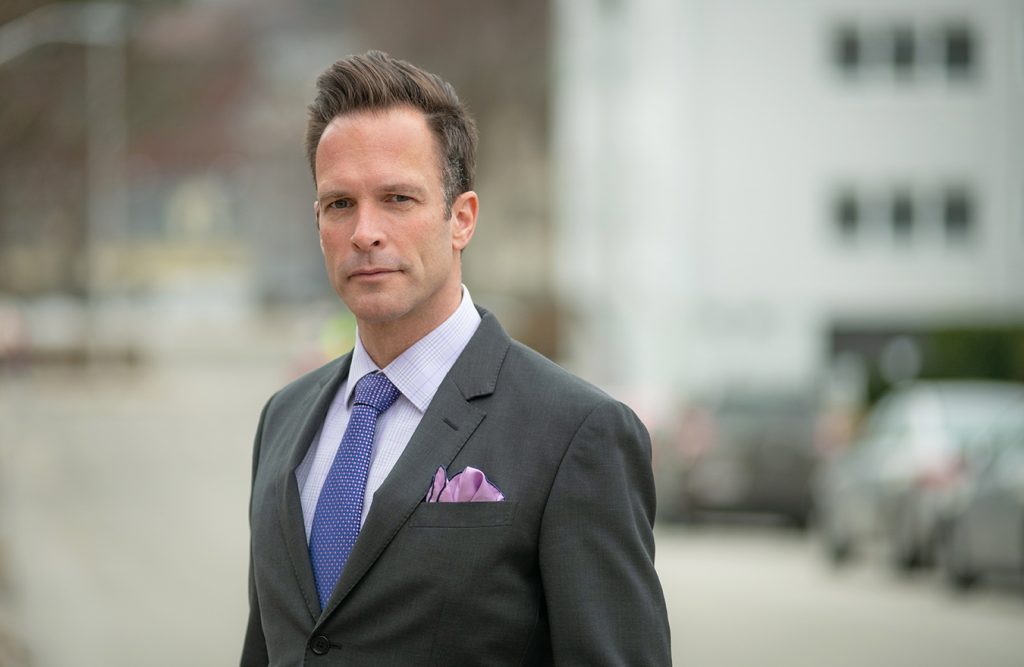 Professor Edward Carr, director of the Department of International Development, Community, and Environment, is the leadoff speaker in the U.S. Department of Transportation’s 2021 thought leadership series, “Innovation for a Sustainable, Equitable Transportation System.” The series, which was officially launched by Secretary Pete Buttigieg last week, explores how the transportation system can work to address the profound climate crisis while ensuring that decision-making and investments also promote transportation equity.

Carr’s talk, “A Climate-Resilient Future Is an Equitable, Just Future,” will take place on Tuesday, June 8, at noon; register here to attend the virtual event.

“The invitation was a surprise,” Carr says. “There are parts of the federal government I expect to reach out to me — the Department of Transportation is not one of them.” Carr’s research looks at global development, livelihoods, and adaptation to climate change, topics that highlight the importance of social justice and equity. His role as a lead author for the Intergovernmental Panel on Climate Change’s Sixth Assessment Report brought him to the attention of the DOT series organizers.

The DOT is considering climate change, equity, and justice to be as much a part of transportation’s future as infrastructure, Carr says.

“Climate change is inherently a justice and equity issue,” Carr says. “My talk is first in the series, which is intentional. I don’t do transportation, but I’ll set a social justice, equity, and climate frame for the subsequent events.”

In his talk, Carr plans to draw on his development experience in Ghana, which he documented in his 2011 book, “Delivering Development: Globalization’s Shoreline and the Road to a Sustainable Future.”

“Every problem-solving action invokes issues of equity,” he says. “The impacts of climate change are complicated and are not always obvious. They play out through systems, and happen unevenly — even in a small village.” What works in one community, or even in part of one, might not work in another.

Carr advocates a participatory approach to solving problems, even those of such a scale as climate change. “You bring in people from within the community,” he explains, and implement different solutions in different areas. “The key is to monitor and evaluate how the solutions do or don’t work, and then you learn from that information.” The process improves the chances that solutions will be just, equitable, and effective where they are implemented.

When it comes to climate change, “We’re reaching a place where it’s not entirely clear where we’re going,” Carr says. “Transformation is unpredictable. It requires lots of actors, from individual consumers to the private sector and the government.”

“My goals are to present an argument about social justice and equity, and to stress that when you pay attention to these issues, you do better work” and are more successful, Carr says.

Carr sees this talk as “another example of big actors reaching out to Clark faculty about the things we do. Climate change is one of the things we’re really good at, and the federal government realizes it. Our work informs the decisions people make, including policy-makers.”

He notes that other Clark professors, including polar scientist Karen Frey and geographer Christopher Williams, do globally recognized work on climate change. Carr and fellow IDCE Professor Elisabeth Gilmore are among the 721 experts contributing to the Intergovernmental Panel on Climate Change’s Sixth Assessment Report, which will be released in 2021. Carr and Gilmore are lead authors for chapters in the IPCC Working Group II report, which focuses on the impacts, adaptation, and vulnerability to climate change.

“It’s remarkable that a campus this size has the kind of global reach we have,” Carr notes.

Along with IDCE, Carr is director of the Humanitarian Response and Development Lab at the George Perkins Marsh Institute. He is currently the Climate Change Adaptation Adviser on the Global Environmental Facility’s Scientific and Technical Advisory Panel and previously was the lead author of two global environmental assessments, the Millennium Ecosystem Assessment and The United Nations Environment Programme’s Fourth Global Environment Outlook.