Anton Deti ’22 always had a strong feeling he would end up at Clark.

Growing up in Worcester’s Main South neighborhood, the University’s influence was all around him. His parents took English classes at Clark after immigrating from Albania when he was a child. Deti attended nearby Woodland Academy for elementary school and later the University Park Campus School — founded and operated by Clark and the city of Worcester as part of the University Park Partnership — where he graduated as valedictorian. During his senior year, Deti did a dual enrollment at Clark, taking a newswriting course that took him across the city for assignments.

“I love Main South, and seeing the way Clark interacts with the students and the people around it is great,” he says. “That’s what bolstered me to decide Clark is the place to go.”

“Going through middle and high school, I watched students who were incredibly intelligent, good, kind people not be able to afford to go to college. But year by year, I’d also see Clark give the University Park Scholarship to people in this community, giving them a way to get their higher education,” Deti says. “In the end, I am a product of that.”

Now in his junior year, Deti is majoring in physics and recently applied to the 3/2 engineering program, which pairs a B.A. from Clark with a B.S. in engineering from Columbia University. 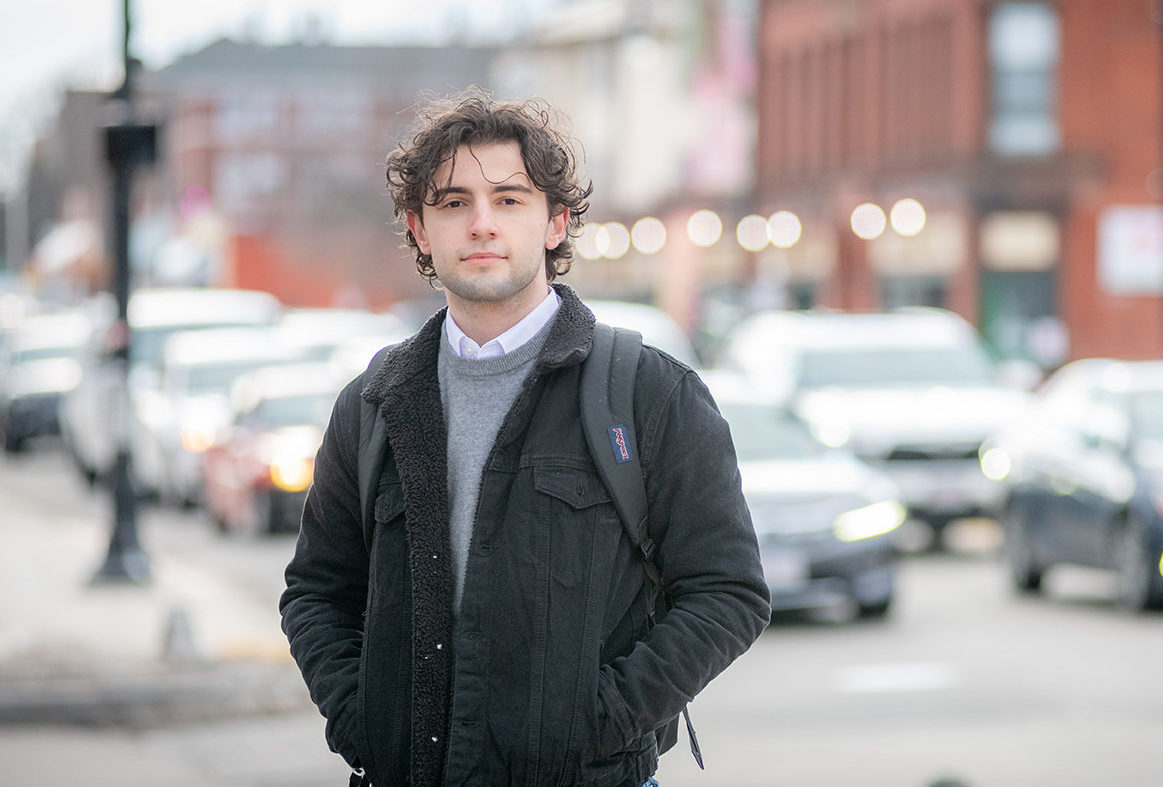 As a student on the applied physics track, Deti has helped conduct groundbreaking COVID-19 transmission research in Professor Arshad Kudrolli’s lab. But before he arrived at Clark, a future in the sciences was not on his radar. Deti initially planned to study the humanities and enrolled in two STEM courses as a first-year student. It was through those classes — Introductory Physics II and Honors Calculus — that he discovered a passion for the discipline.

“In high school, math and science were very basic. Then you come to college and you get professors who show you how deep some of this stuff is,” Deti says. “Professor Alexander Petroff in physics and Professor Amir Aazami in the math department showed me the beauty in math and science unlike anything I’d ever seen before.”

Deti describes the evolution of his interest in physics as a personal journey that he began by spending his free time watching YouTube videos on astrophysics, then enrolling in a rigorous course of study after his first semester at Clark. During the evenings, Deti and his friends would find an empty study room in the library or a classroom in the Sackler Sciences Center and work on problem sets late into the night. “There were many days when we’d be there for hours eating our Chinese food and working on problems. We’ve evolved a lot in terms of what we know,” he recalls. “I have the foundation now that I need to take these classes.”

Last summer, Deti began a theory-based directed study with physics Professor Ranjan Mukhopadhyay that focuses on biophysical modeling signaling and, after working as a teaching assistant for Kudrolli, he was offered a spot in Kudrolli’s research lab. There, he spent winter break helping to study how patients on oxygen delivery devices may spread COVID-19 and other respiratory diseases through their exhalations. That research, done in collaboration with Dr. William McGee, MHA ’97, a critical care physician at Baystate Medical Center in Springfield, Massachusetts, was the first of its kind and led to a new recommendation that patients on breathing devices be outfitted with medical masks to redirect virus-laden respiratory droplets and aerosols.

“This study is a lot more ‘in the now’ than what physicists are used to working on. That was exciting. We met with doctors from Baystate and nurses from Mass General, which was kind of intimidating, but Arshad and post-doctoral researcher Brian Chang eased any tension and were great mentors,” Deti says. “They make it known that even though we are undergrads, we play an important role in conducting this research. That makes you feel good — it gives you a confidence boost.”

As he thinks about his future, Deti is considering graduate school, research, or entering the workforce as an engineer. He says he’s specifically interested in the field of biomechanics — the science of the mechanics of living structures — which plays an important role in everything from sports medicine to product design. “It’s also an area where you can see the good you do. It’s tangible,” he says.

At Clark, Deti has remained close with several friends from UPCS and created a cohort with other STEM students from across the country.

“It’s crazy how quickly you can make bonds and friendships, especially through challenging courses,” he says. “Clark has opened a lot of doors for me — both as a student and a person. I’m really grateful.”