Professor sees opportunity for collaboration and a flourishing, international audience
By Clark News and Media Relations 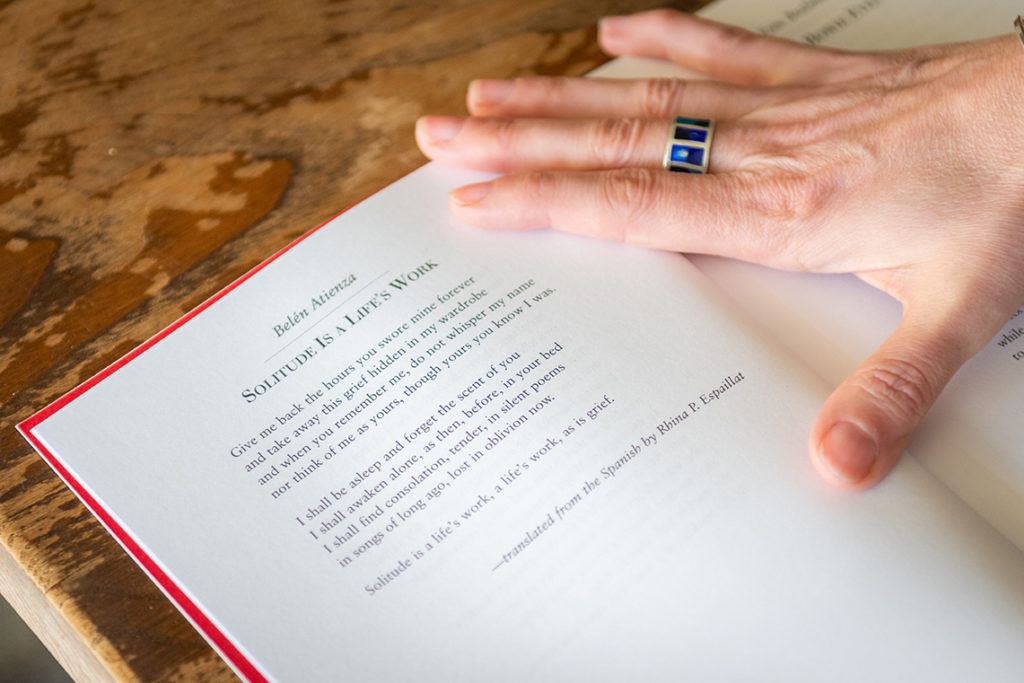 Although the pandemic has greatly restricted our physical movements, it also has allowed a Spanish poet at Clark University the opportunity to stretch her legs and reach poetry lovers all over the globe.

Spanish Professor Belén Atienza began 2020 in El Salvador, where she celebrated the publication of her latest volume of poetry, “Mi tierra es una lengua” (My Homeland is a Language/Tongue), edited by Otoniel Guevara. The book appeared with Proyecto Editorial La Chifurnia, and is number 71 in a collection that includes internationally recognized poets including Hugo Mújica and Juan Carlos Mestre. Atienza had received a major grant from Clark’s Higgins School of Humanities to travel to El Salvador the year prior and work with the editor. 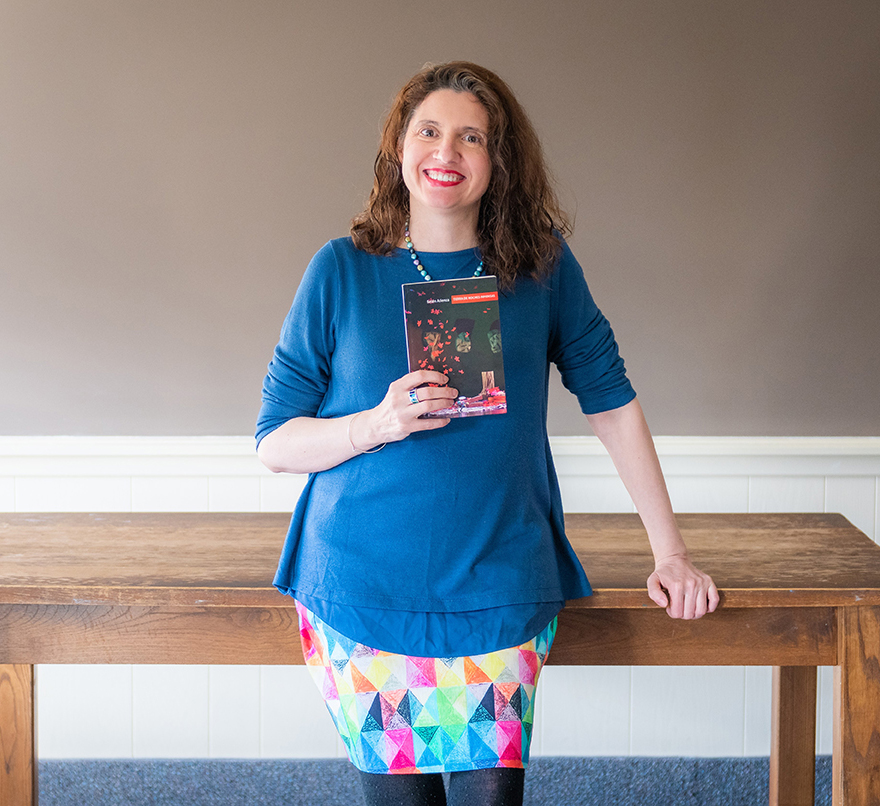 Atienza was busy connecting with local poets, drawing comparisons between post-war El Salvador and the legacies of fascism in her native Spain, when COVID-19 hit and forced her to make an abrupt return to the United States. Back in Central Massachusetts, she was introduced to Zoom — a technology that not only enabled her to continue to teach her students safely and remotely but one that opened her eyes to a blossoming virtual poetry scene. In the months that followed, she met with Susana Reyes, director of Índole Editores, from the comfort of her own home. The result of their collaboration is a Atienza’s second poetry book, “Tierra de noches inmensas” (Land of Immense Nights).

Zoom, and other platforms like it, she wrote, “have made possible to continue a conversation that I started a year ago when I officially presented ‘Mi tierra es una lengua’ in El Salvador in front of an intimate gathering of poets and suddenly turn it into an ongoing international dialogue with new audiences. Zoom also allows chance encounters to happen between well-established artists and younger ones.”

Atienza even said that Zoom allowed for “a poetic revolution” by allowing festivals to invite major poets from all over the world to read alongside lesser-known poets. 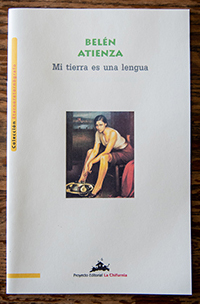 In November, Atienza read a selection of poems from “Tierra de noches inmensas” for 20 minutes during the Festival Internacional de Poesía Amada Libertad. In doing so, she caught the attention of one of Mexico’s most beloved poets, Chary Gumeta. Gumeta invited Atienza to share her work in yet another international festival, La Otra FIL, which was held virtually in December.

Atienza had been admiring Gumeta’s work for years. “It was a great honor that she reached out to me,” she wrote.

Zoom has not only multiplied the potential for one’s voice to be heard, Atienza said. “It has also transformed the way in which artists and audiences interact, creating new communities of readers who can now listen to poets’ voices, and even ask questions or give comments via chat.”

“There is a special intimacy in seeing poets read from their houses, their bookshelves behind them, in different continents, different time zones sharing the screen,” she wrote.

Atienza said during the pandemic, things that were not possible before have been made possible. She’s made connections she never Imagined, and has been able to continue conversations that, because of the pandemic, cannot happen face to face. One such ongoing conversation is with famed poet and translator Rhina Espaillat, who translated a collection of Atienza’s poems and is now working as her mentor. Espaillat’s English translation of Atienza’s “Solitude is a Life’s Work” appeared on Rattle.com in November. One might find these verses from her poem, translated from the Spanish original by Espaillat, especially appropriate during the pandemic:

I shall find consolation, tender, in silent poems
in songs of long ago, lost in oblivion now.

Atienza shared one final — and perhaps the most noteworthy — advantage videoconferencing technology has provided during these past few months. Because of Zoom, Atienza’s family in Barcelona could hear her reading her poetry in real-time — for the very first time.

“It was a moment of light and hope where everything stopped and poetry became the focus, not politics or the pandemic, and a space of healing for me,” wrote Atienza.  “It put things in perspective.”