Professor recognized for critical edition of Bruckner’s Symphonie No. 4 in E-flat major
By Casey Ingraham ’24 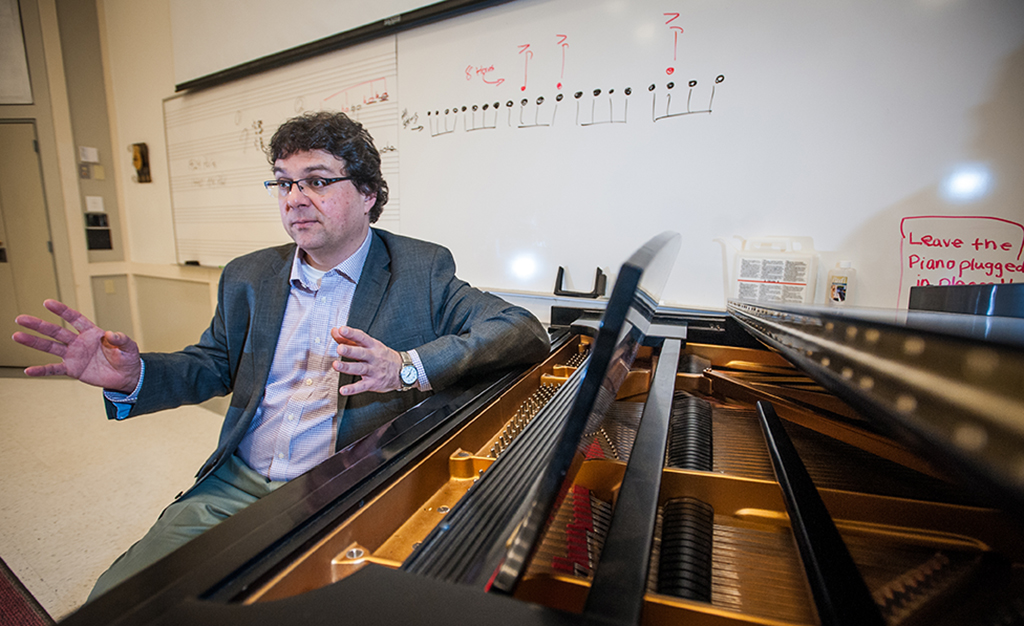 Professor Ben Korstvedt, chair of the Visual and Performing Arts Department and director of the Music Program, is being honored with the 2020 Claude V. Palisca Award from the American Musicological Society (AMS) for his critical edition of Anton Bruckner’s Symphonie No. 4 in E-flat major, second version.  This prestigious award is given annually to recognize the outstanding scholarly edition or translation in the field of musicology published during the previous year.

The awards committee described Korstvedt’s work as “brilliant,” and the committee noted that it included “an engaging history of composition, performance, and reception; a detailed summary of textual changes; elucidation of editorial method; critical discussion of previous editions; and careful evaluation of performance markings.” They also wrote that the edition “displays brave originality, patience, logic, and crystalline elucidation of aesthetic and methodological challenges.”

“Being selected for this award is hugely gratifying, and the committee’s award citation is tremendously affirming,” said Korstvedt, who is also a contributing editor of the New Anton Brucker Complete Edition.

The Society wrote that they “engaged in a delightfully impossible quest to select just one awardee from among 18 stellar nominations” and stated they’d “chosen a volume exemplifying the best in musicological detective work with a variety of musical, notational, and documentary sources.”

Korstvedt publishes widely in many areas and is a leading scholar of the great Austrian symphonist Anton Bruckner (1824-96). His research has been honored with several international and national fellowships, including those from the National Endowment for the Humanities and the Internationale Forschungszentrum Kulturwissenschaften, Vienna.  In 2010 he was awarded the Julio Kilenyi Medal of Honor by the Bruckner Society of America in recognition of “exemplary work in furthering the understanding and appreciation of the life and work of Anton Bruckner.”