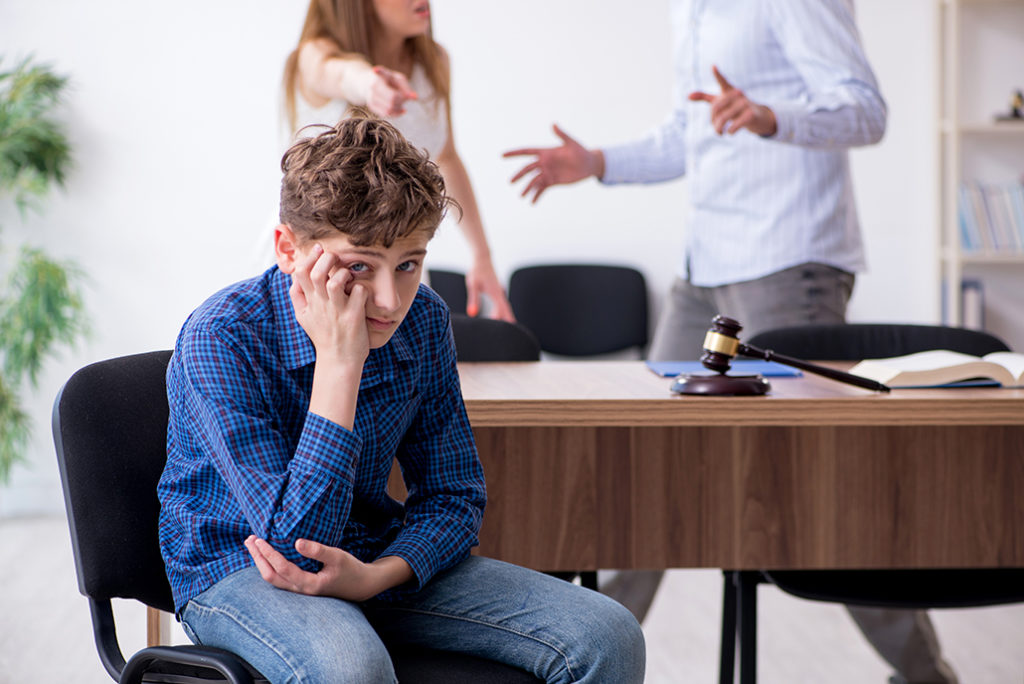 Psychology Professor Abbie Goldberg has spent her career researching adoptive parents and nontraditional families, so when the pandemic hit, she reached out to families she’s followed for decades to see how they were adjusting to lifestyle challenges thrust upon them by COVID-19. She found that adoptive families have faced unique challenges, and pandemic stresses have had a particularly negative impact on divorcing and divorced couples.

Goldberg recently presented her findings in a webinar, “Crisis and Resilience: Parenting, Relationships, and Divorce During COVID-19,” part of Alumni and Friends Engagement’s Faculty Lecture Series.

Goldberg said that among the survey participants, whom she described as “highly educated, typically well-resourced, and traditionally more active in their child’s schooling,” she found that lesbian parents — who were more often working at home and caring for kids with emotional and learning problems — tended to be more taxed than heterosexual parents during the pandemic.

Lesbian moms, who constituted 40 percent of her survey participants, were typically working at home alongside their partners while remote-schooling their adopted children. The children in the study were five times more likely than non-adopted children in national survey data to require individual therapy or services for ADHD, autism, anxiety, learning disabilities, and emotional/behavioral issues. These parents faced unique challenges in trying to manage their children’s needs amid limited access to remote services and supports.

Goldberg’s findings revealed that 62 percent of lesbian moms felt their mental health had worsened because of the nonstop work cycle, remote schooling, and caretaking responsibilities, as compared to 24 percent of heterosexual parents.

A few of the parents surveyed were able to quit their jobs or limit their work hours to focus on child care or schooling when the demands of remote schooling became too great; however, this was generally less feasible for lesbian parent families, as they tend to have the lowest incomes.

“The lesbian moms were ‘trying to do it all,’” said Goldberg. “It’s important to think about how much more challenging it is for parents who have fewer resources, and don’t have the option of having one parent quit her job to focus solely on caretaking and helping with online schooling.”

“While it’s not fair to blame COVID for divorce, it makes sense that couples who were already struggling with communication, commitment, or fidelity issues in their relationships would be more vulnerable to divorce,” said Goldberg, adding that she has seen preliminary data to suggest divorce rates may go up after the pandemic.

“Online searches for divorce went up 30 percent between March and May in New York alone. Divorce websites, like divorcemag.com, have seen increased traffic during the pandemic,” she said. “Also, in China, when couples were released from lockdown in March they saw a jump in divorce filings.”

Goldberg said not much attention has been paid to the experiences of divorced parents, who are navigating numerous co-parenting challenges with no guidance from lawyers and courts.

“Divorced parents are struggling with custody, trying to figure out how they’re going to get children to switch between households in a safe way, and navigating social distancing agreements. They are supposed to come up with a shared set of guidelines when they’re functioning largely separately and running different households,” said Goldberg.

Other issues they cited include job loss and concerns that their exes were using the pandemic as an excuse to stop paying child support and/or parent their children.

Goldberg is the Jan and Larry Landry University Professor of Psychology and the director of the Women’s and Gender Studies Program. Her interests lie in parenthood, relationship quality, and well-being in diverse families. For more about her work, visit www.abbiegoldberg.com.