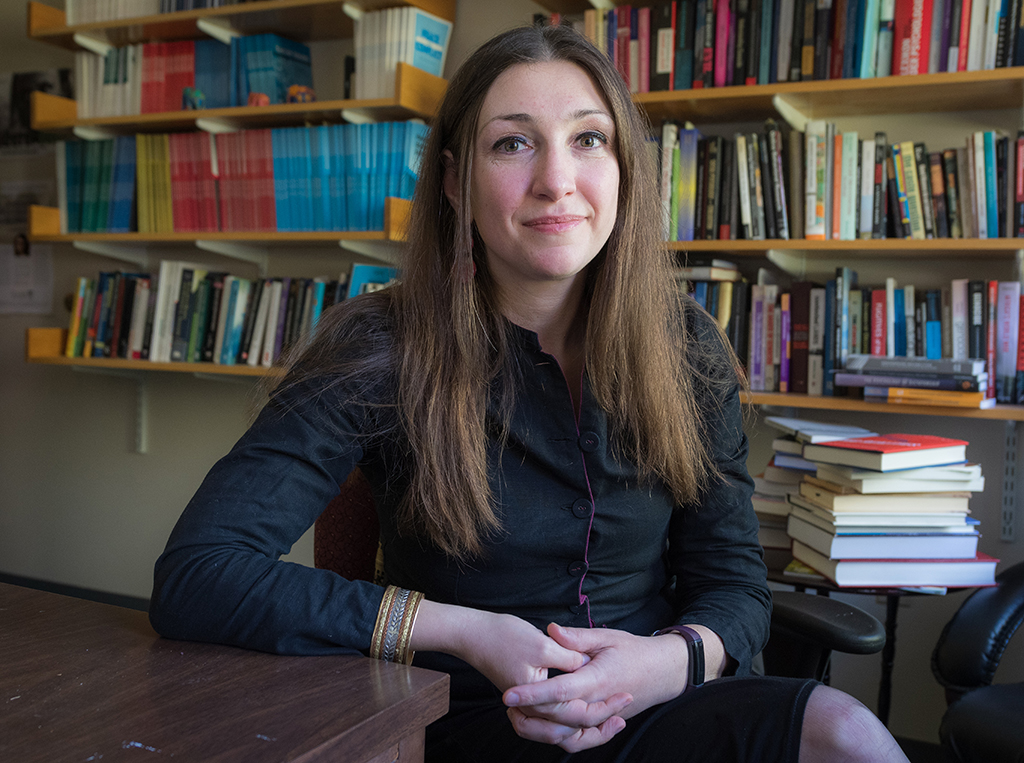 From Northern Ireland to South Africa, the Middle East to the United States, people across the globe continue to experience collective violence and its long-lasting consequences. “The Social Psychology of Collective Victimhood,” a new book edited by psychology professor Johanna Ray Vollhardt, examines the social-psychological processes involved in experiences of collective victimization and oppression, and the different ways in which people make sense of and respond to these experiences.

The book features 20 chapters by leading scholars from around the world who examine the way victimization is passed on through generations, how people cope with collective victimization and different ways, and explain the psychological consequences of denial and acknowledgment of collective victimization. The authors also examine how these experiences affect individuals and relations within and between groups. Contributors explore collective violence including ethnic and religious conflicts, the aftermath of genocides, post-Apartheid, consequences of settler colonialism, racism, the caste system, and national histories of victimization.

“My hope is that the book will help shed light on the complexities of collective victimhood and how people make sense of these experiences — there is no uniform or deterministic response to collective victimization,” Vollhardt says. “Instead, we need to understand how the social and political context, as well as peoples’ individual perceptions and lessons they draw from the experiences, can give rise to very different responses and outcomes and shape intergroup relations in distinct ways.”

“The Social Psychology of Collective Victimhood” has garnered praise from scholars around the world, including Israeli political psychologist Daniel Bar-Tal, who praised the work for “opening a large window to the comprehension of collective victimhood as a societal phenomenon from different aspects,” in addition to providing a much-needed socio-psychological perspective on the issue.

Vollhardt directs the Social Psychology doctoral program at Clark. She also is affiliated with the Strassler Center for Holocaust and Genocide Studies, the Peace Studies program, and the Center for Gender, Area, and Race Studies. She has served on the governing council and as vice president of the International Society of Political Psychology and is a co-founder and co-editor of the Journal of Social and Political Psychology. She has been on the Clark faculty since 2009.