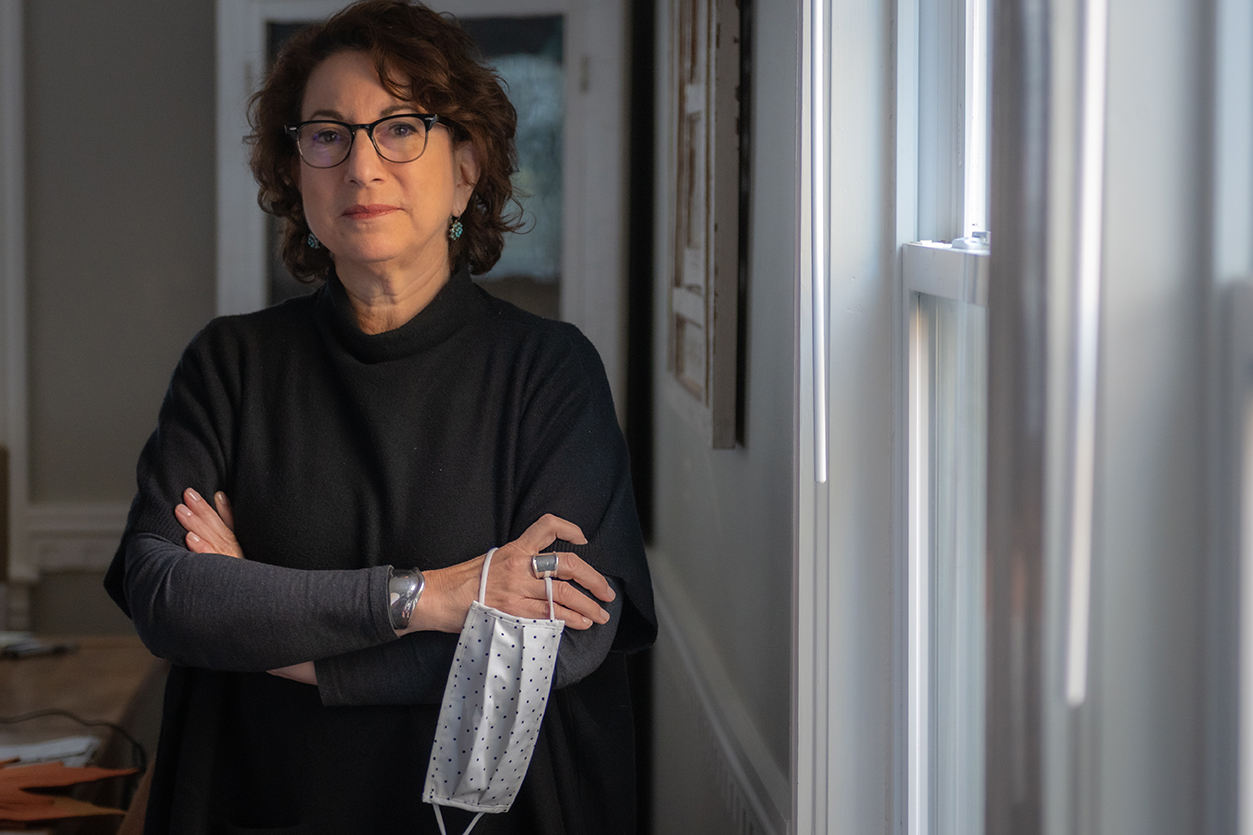 Since the onset of the COVID-19 pandemic, Massachusetts Department of Public Health Communications Director Alison Cohen ’82 has led efforts to educate the public with accurate and timely information and guidance.

Now, as the state prepares for a potential second wave of the virus, combined with flu season, that work has become increasingly urgent.

“People use the phrase ‘24/7,’” Cohen says, “but that literally describes the public health response to COVID in Massachusetts and state health departments around the country.”

Cohen’s team of eight people handle media response, public awareness campaigns, social media, and the department’s COVID-19 website. There has been virtually no let-up since the pandemic began in February, resulting in around-the-clock work that includes translating complicated data such as testing protocols and positivity rates, developing public messaging, and using trusted sources to effectively communicate an enormous amount of often-changing information.

“The people I work with are probably the most talented group of folks I’ve ever worked with — starting with our public health commissioner, Dr. Monica Bharel,” she says. “She is smart, experienced, and compassionate, and I learn from her every single day.”

Cohen graduated from Clark University with a self-designed major in communications and went on to earn her master’s degree in broadcast journalism from the Newhouse School at Syracuse University. After spending several years working as a radio journalist in New Hampshire — covering stories ranging from the presidential primary to the Space Shuttle Challenger disaster — Cohen transitioned to media relations, working first in transportation, then education, and later in the public health sector.

“I loved being in the press corps. It was an incredible learning experience,” she recalls. “I loved holding out my microphone and being able to ask anyone a question and then use the answers to tell a story.”

Her team fields an average of 20 to 30 media requests per day — up from about 10 to 12 before the pandemic. They work closely with the state’s epidemiologists, researchers, and other staff to update a daily COVID-19 dashboard and publish an 80-page weekly public health report full of metrics on testing, case demographics, risk levels, hospitalizations, and more.

“It’s a big responsibility,” she says. “We’re considered the ‘source of truth’ on the data. We have to make sure that it’s right because it’s used to inform policy and guidance about nearly every aspect of our lives. We must be led by the data and the science and be transparent about what we are learning to help people understand the landscape of what’s happening in Massachusetts.”

Cohen’s department also uses social media like Twitter, Instagram, and YouTube to keep the public informed and is increasing the number of public awareness campaigns this year to advertise initiatives like Stop the Spread — a strategic testing program in communities with a high number of COVID-19 cases — and encourage residents to get their flu shots.

All of DPH’s public health campaigns rely on research and focus groups to determine what messages will resonate with the public.

DPH is preparing to roll out a new campaign aimed at combating “COVID fatigue.” “The campaign highlights all of the activities we all want to get back to — things like hugging, having friends over for dinner, going out for drinks, or coaching kids’ soccer,” Cohen says. “Being able to get back to normal life hinges on everyone doing their part to wear a mask, physically distance, and get tested.”

Cohen says she’s always been a curious person and loves finding things out first — an interest that led her to intern at the local cable television station and work as arts editor for The Scarlet during her years at Clark.

“I just loved Clark — the small classes and the kinds of kids that were there. They were smart and took the work seriously but didn’t take themselves too seriously,” she says. “Clark encourages independent thinking and choosing your own path based on what makes sense for you.”

As winter draws closer, Cohen says Massachusetts is well-positioned to withstand a surge, but DPH remains focused on making sure the public stays vigilant.

“Communicating what matters — like how to protect yourself and your family — is what’s important to me right now,” she says. “It’s not that hard to wear a mask — we have to care about other people, not just ourselves. I understand that people are tired of what they’ve been through and what we need to keep doing, but we have to keep it up until we have a COVID-19 vaccine for everyone.”

Not one to miss an opportunity to reinforce a message, she adds: “And don’t forget your flu shot.”